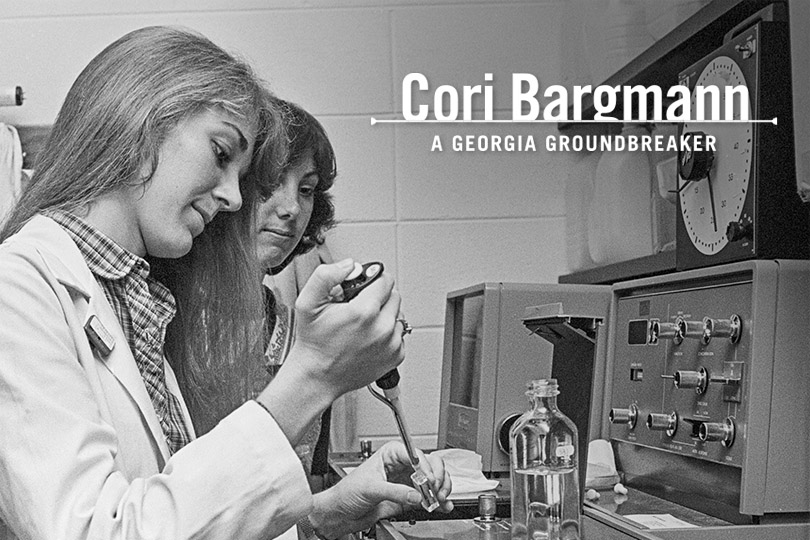 Cori Bargmann runs an experiment in a UGA lab as an undergraduate circa 1980. (UGA file photo)

UGA alumna is revolutionizing research on the brain and diseases

In the summer of 1979, neurobiologist Cori Bargmann scored her first science job in a biology lab at the University of Georgia. She spent each day preparing fly food from cornmeal and molasses. “You cannot imagine a less intellectually challenging job,” she laughed.

Nevertheless, the undergrad was soon hooked on science. “I loved these smart people talking about really deep, interesting questions. I loved how concrete the work was, and I especially loved how interested the UGA professors were in their students.”

Little did she know her future held extraordinary achievements that would reshape scientific knowledge and inquiry—from research that led to an important breast cancer drug; to deep, broad discoveries about how nervous systems are built and work; to her position now as head of the ambitious Chan Zuckerberg Science Initiative. Funded by Facebook founder Mark Zuckerberg and his wife, Dr. Priscilla Chan, its mandate is to support the science and technology that would make it possible to cure or manage all diseases by 2100. As impossible as that sounds, Bargmann takes the task seriously, and even believes it’s possible to achieve. 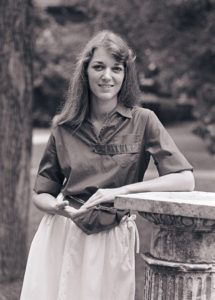 Cori Bargmann was the sole recipient of the Foundation Fellowship at UGA in the Class of 1981. (UGA file photo)

Bargmann is “a scintillating polymath” who is up to the task, explained neuroscientist Marc Tessier-Lavigne. He is now president of Stanford University, but for 10 years had an office next to Bargmann at the University of California at San Francisco, and they even collaborated on some projects. “She has a breadth of knowledge both in science and outside it in literature and art that is just astonishing.”

Erin Dolan, professor of biochemistry and molecular biology and Georgia Athletic Association Professor of Innovative Science Education in UGA’s Franklin College of Arts and Sciences, did her dissertation work in Bargmann’s lab at the University of California at San Francisco.

“I had heard her at our program retreat and I just knew I wanted to work with her,” Dolan said. “She is provocative and succinct at the same time. She has the ability to think in ways that are just unparalleled. She can connect ideas and communicate them in a way that drives everyone’s thinking forward.”

Bargmann grew up in Athens, Georgia, the third of four sisters, in what she fondly referred to as “an insanely overeducated family.” Her parents, who met as translators in Nuremberg after World War II, emigrated to America, and her late father became a professor of statistics at UGA  (the Bargmann Computer Lab is named after him). She was raised bilingual—her father spoke to her in English, her mother in German. “Like many immigrants, my parents believed in education. We were immersed in music, art, math and science,” Bargmann said.

She loved growing up in a college town, and to this day feels most at home on a campus. At 20 she was a First Honor Graduate at UGA, and she went on to become a graduate student at the laboratory of biologist Robert Weinberg at MIT. Weinberg was working on “oncogenes”—genes that can trigger the transformation of normal tissue into a tumor. Her project, which was to isolate and clone an oncogene called neu, was a step on the path that led to the development of Herceptin, an important breast cancer medication. 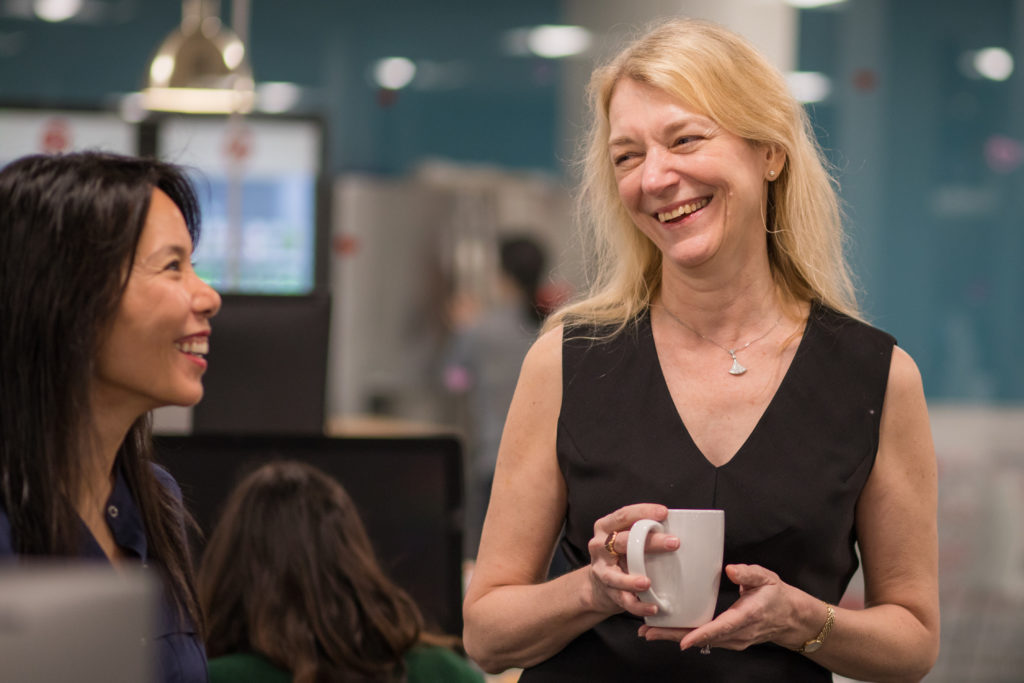 Weinberg recalled his then-20-something graduate student as “a real lady, if one can still use that expression. I know that sounds very dated, but she had a gentle approach to talking with people. Yet she was incisive and smart and you could leave her alone to work on a problem.”

The mind of a worm

In spite of her success at the Weinberg lab, Bargmann was restless. She really wanted to study how the brain works, so she took a position as a postdoc in the lab of MIT biologist Robert Horvitz, who would later win a Nobel Prize for worm research that revealed how genes regulate organ development as well as cell death. His laboratory was a hotbed of research into Caenorhabditis elegans—the most famous worm in science. C. elegans is an almost microscopic, translucent, deaf and nearly blind nematode the size of a comma.

The worm, however, has a complete nervous system, one that has yielded astonishing insights into the way all brains are built and operate. Bargmann was inspired by the fact that the worm’s entire nervous system had just been mapped in a project that took 20 years and resulted in a famous paper affectionately called “The Mind of a Worm.”

“No brain has ever been mapped with that extraordinary level of detail,” said Bargmann. “I could not have done my work without that map. I still use that map today.”

What can a worm tell us about ourselves? Lots, it turns out. In 1993, Bargmann’s experiments showed that the tiny worm was not just an empty tube moving around; it was a genius in terms of odor recognition. Humans are thought to detect as many as a trillion odors with their 400 smell receptors, but this tiny worm with only 302 neurons has over 1,000 receptors for smell.

And because the worm is virtually see-through, Bargmann was able to watch individual neurons in action as worms responded to odors. Using powerful lasers to perform microscopic surgeries, and equally powerful microscopes, she watched worm after worm undulate toward smells that signaled delicious bacteria nearby, but rapidly wriggle away from harmful molecules, and she proved that worms are born with neurons already hardwired to either propel or repel it from specific odors.

“I still remember the first time we moved a receptor for its favorite odor, diacetyl, into a neuron that detects harmful smells,” she said. “And then, when exposed to diacetyl, it was as if the worm was horrified. It was instantly racing far away.” It was not the molecule itself that mattered at that moment—it was the neuron, which had been hardwired before birth to make a worm flee. 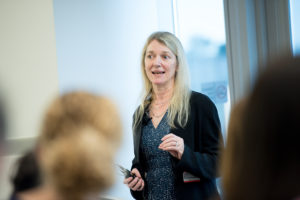 Her affinity for the little nematode was so great that Horvitz once gave her the ultimate compliment: “You think like a worm.”

Over nearly three decades, she conclusively showed that a worm’s nervous system—and very likely all nervous systems including our own—is regulated both by a genetically hardwired, inborn map, as well as by its environment and shifting inner states.

“One of the great surprises in modern biology,” said Bargmann, “is that genes are not that different between different animals.” Most genes in our own nervous system, she said, can be found in a worm as well.

Leading a revolutionary initiative on the brain

For over a decade, Bargmann ran a lab at the University of California at San Francisco. Today, she is the Torsten N. Wiesel professor of genetics and neurosciences at Rockefeller University in New York, and she leads the Chan Zuckerberg Science Initiative in California. In 2003 she was elected to the prestigious National Academy of Sciences and is the recipient of numerous national and international awards, including sharing the $1 million Kavli Prize in Neuroscience and the $3 million Breakthrough Prize in Life Science.

In 2013, an entirely new kind of challenge came her way. President Barack Obama asked Bargmann to co-chair the planning of the BRAIN Initiative (Brain Research Through Advancing Innovative Neurotechnologies). It was to be a 12-year, $4.5-billion undertaking, with $100 million granted the first year. The aim, according to the president, was to revolutionize our understanding of the human mind and uncover new ways to treat, prevent and cure brain disorders like Alzheimer’s, schizophrenia, autism, epilepsy and traumatic brain injury. And though a single human brain has 86 billion neurons and Bargmann’s favorite worm has only 302, Obama’s choice was a clear vote of confidence in her work.

Bargmann is, said Tessier-Lavigne, a natural leader. “She did an extraordinary job in that role,” he said, “consulting broadly in the scientific and medical community, and synthesizing all of the information into a very actionable plan.”

By 2018, the National Institutes of Health had already granted 550 awards to hundreds of investigators for the initiative, totaling over $950 million in grants. The studies range widely, though many are focused on new technologies, from “brain prostheses” for those with spinal cord injury to nanosensors for brain imaging that are so tiny they have been likened to “ultrasonic neural dust.”

In 2016, Facebook founder Mark Zuckerberg and his wife, Dr. Priscilla Chan, founded the Chan Zuckerberg Science Initiative with an initial commitment of $3 billion, hoping to overcome all the diseases we suffer from today. They chose Bargmann to lead it. For those who think the goal is  too lofty, she points out that in the last hundred years new antibiotics and vaccines have been able to prevent or treat innumerable previously deadly infections; heart bypass surgery, new blood pressure medications and statins now regularly extend heart patients’ lives by another 20 years; and once-deadly AIDS is now a treatable chronic illness. 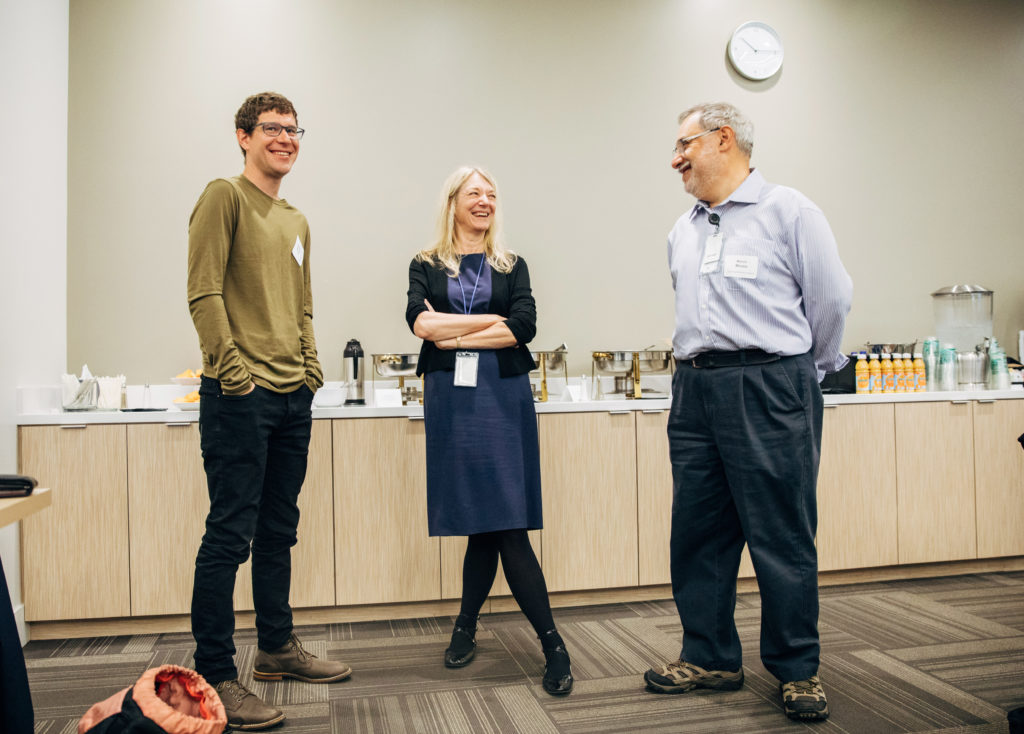 One key to success, believes Bargmann, is open collaboration and sharing of resources and results. She learned that by working on the worm brain. “Scientists built these great tools, like the map of the C. elegans nervous system, and shared it freely,” she said. With this in mind, one of the first big, international projects for the Chan Zuckerberg Science Initiative is a Human Cell Atlas, one that will map and characterize all cells in a healthy human body: cell types, numbers, locations, relationships and molecular parts.

The CZI is also providing support for another project, bioRxiv (pronounced BioArchive), which allows scientists to post and share preprints of studies before publication. It already has over 40,000 followers on Twitter. “Sharing information quickly is a way of accelerating discovery,” said Bargmann.

Today, the girl who grew up in the charming college town of Athens listening to her mother speak German and her father speak English is an international science star, dividing her time between research on two coasts. She has been married since 2007 to scientist Richard Axel, whose research on mammalian olfaction won a Nobel Prize. “He has made me happier than I thought possible,” she said. And mused: “I can’t imagine anything better than a life in science. Science is a mystery with a solution.”