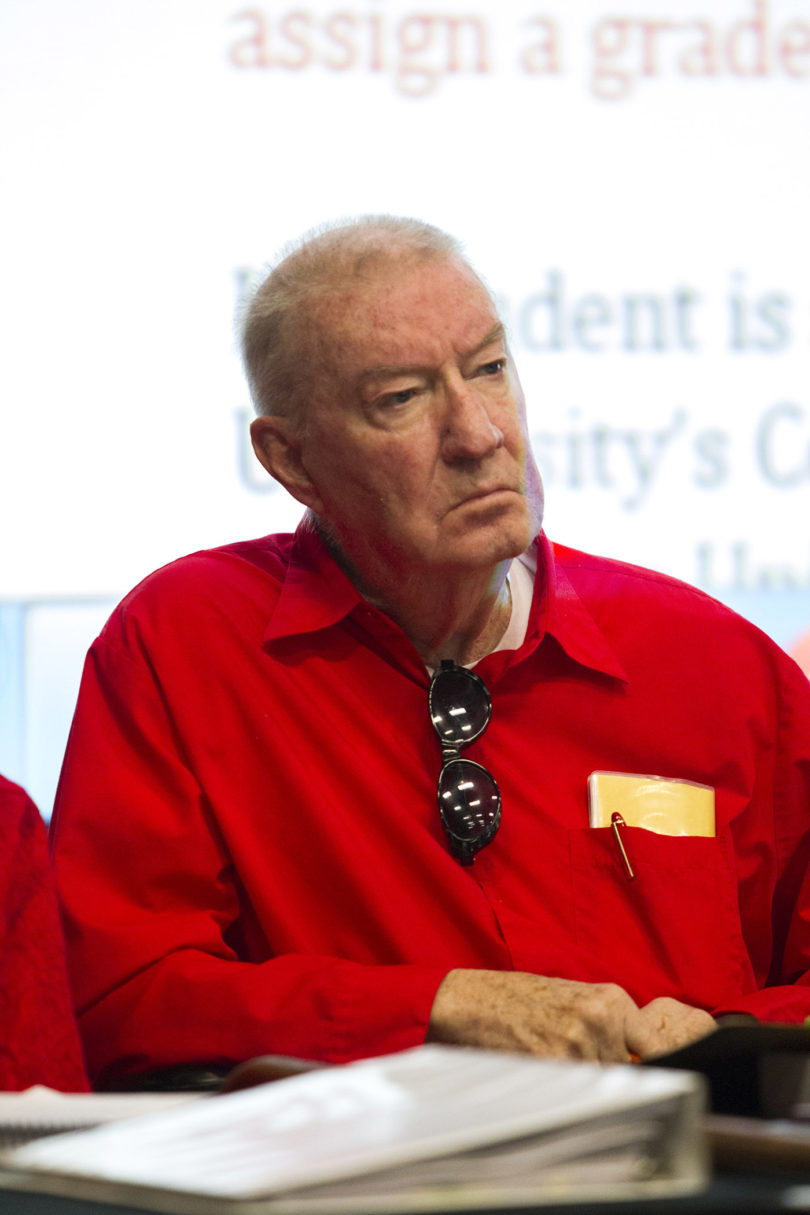 Beginning December 2018, the bar will be raised for UGA students graduating with an honors designation. The University Council voted to raise standards for graduation honors at its April 23 meeting.

The percentage of students graduating with honors has increased drastically since 1999, when 20.3 percent of the graduating class earned the honors distinction. In 2012 that rate was up to 39.5 percent.

While the growth in graduation honors is likely the result of greater academic quality of the UGA student body, “the increases in quality should be reflected by increases in standards in order for graduation honors to be a meaningful distinction,” according to a report by the University Council Educational Affairs Committee.

In other action, the council approved language to modify the university’s Non-Discrimination and Anti-Harassment Policy to include the prohibition of discrimination based on “gender identity and expression.”

The council also approved more than a dozen additions or terminations of academic majors, minors, certificates and online programs recommended by the University Curriculum Committee.