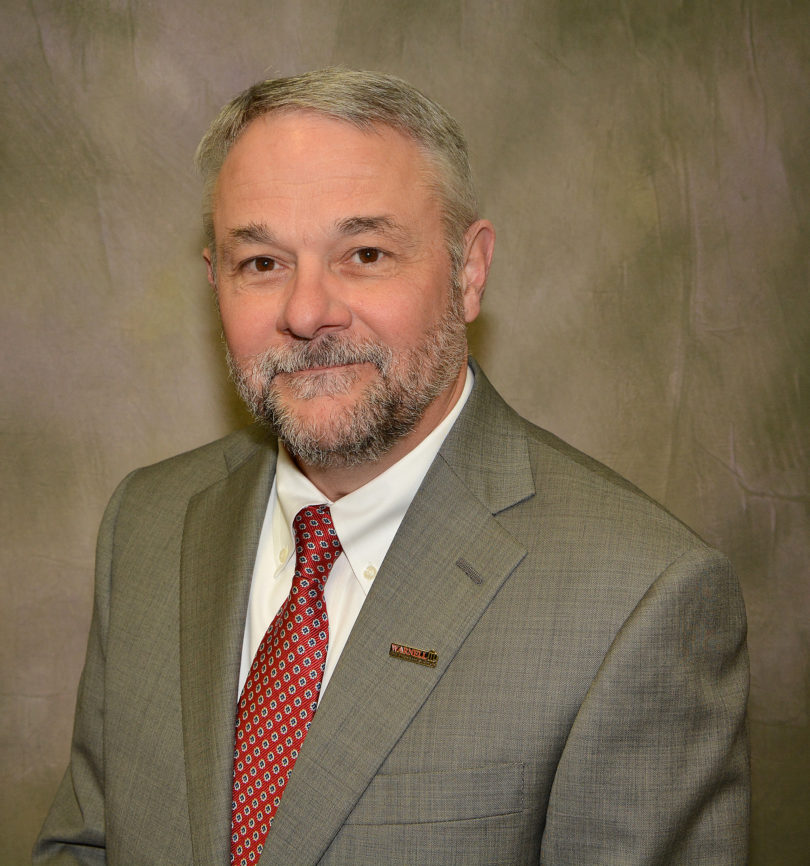 Athens, Ga. – W. Dale Greene, a long-serving faculty member and administrator in the University of Georgia’s Warnell School of Forestry and Natural Resources, has been named its dean, effective June 1.

Greene, a professor of forest operations who joined the Warnell School in 1986, previously served as its associate dean for academic affairs and has been interim dean since January.

“I have known Dr. Greene throughout his nearly 30-year career at the University of Georgia,” said UGA President Jere W. Morehead. “Given his strong credentials as one of the institution’s top faculty members, I am confident that he has the background and understanding to lead the Warnell School into the future.”

“Dr. Greene’s dedication to the students, faculty and alumni of the Warnell School is undeniable,” said Pamela Whitten, senior vice president for academic affairs and provost. “His record of excellence in teaching, research and service speaks for itself, and his long-standing collaborations with partners in the private sector, government and other organizations make him ideally suited to lead one of the nation’s most celebrated schools of forestry and natural resources.”

Greene has helped develop some of the Warnell School’s most popular courses, including its off-campus forestry field practicum, where undergraduate students gain hands-on experience with forest harvesting, processing and manufacturing operations. In addition, he has mentored nearly 45 graduate students who have gone on to successful careers in private industry, academia, nonprofit organizations and government agencies. His teaching awards include the Warnell School’s Herrick Superior Teaching Award and the Warnell Alumni Association Award for Outstanding Teaching. In 2008, he was named a Senior Teaching Fellow by UGA’s Center for Teaching and Learning.

His research on methods to improve timber harvesting to reduce environmental impact, increase profit and produce higher-quality products has been funded by nearly 50 grants from industry and agencies such as the U.S. Department of Agriculture Forest Service. Greene is the author of 60 peer-reviewed journal articles and is the recipient of the Southeastern Society of American Foresters Research Award. He and his research group are three-time recipients of the National Technical Writing Award from the Forest Resources Association, and he was named to the Georgia Forester’s Hall of Fame by the Society of American Foresters in 2007. In 2011, the Georgia Forestry Association recognized him with its Wise Owl Award, its highest honor for members.

In addition to service as chair of the Warnell School’s curriculum committee and its teaching effectiveness committee, Greene has served on the facilities, faculty affairs and curriculum committees of University Council. He regularly collaborates with partners in the private sector and has served on the board of directors of the Georgia Forestry Association since 1992. Greene served as the association’s treasurer for several years and also served as treasurer for the Georgia Forestry Foundation. He was appointed by then-Gov. Sonny Perdue to the Georgia State Board of Registration for Foresters in 2004 and was reappointed in 2010. He has twice served as national chair of the Council on Forest Engineering and also served as chair of its southern region.

“I am delighted and humbled to have the opportunity to serve the Warnell School as dean,” Greene said. “We have a great history and even greater possibilities in the future with the strong faculty, students, staff and alumni in our programs.”