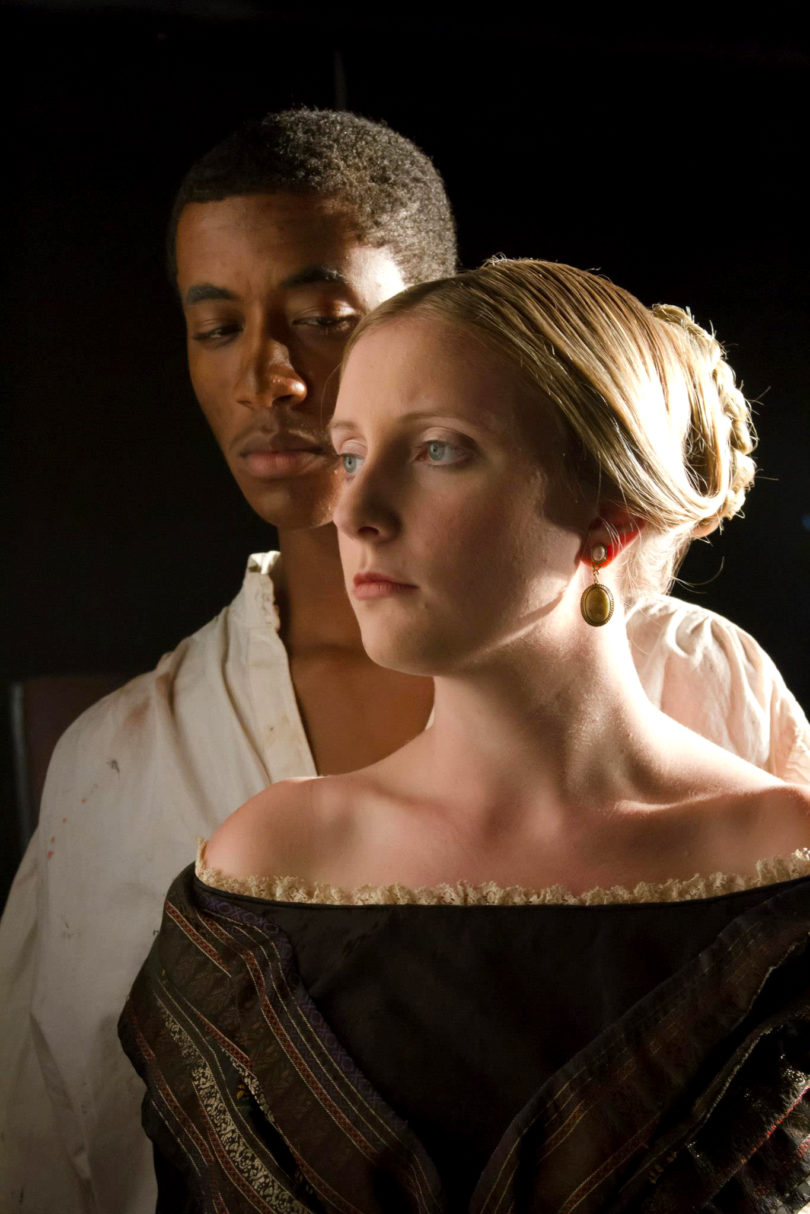 Athens, Ga. – As a part of the University of Georgia’s nine-day Spotlight on the Arts festival, University Theatre will present Rita Dove’s “The Darker Face of the Earth,” directed by UGA associate professor Freda Scott Giles, Nov. 1-11 at 8 p.m. and Nov. 11 at 2:30 p.m. in the Fine Arts Theatre.

Dove, a former Poet Laureate and Pulitzer Prize winner, set “The Darker Face of the Earth” on a pre-Civil War plantation in South Carolina. She loosely based the plot on the Greek myth of King Oedipus, an abandoned son who unwittingly returns to his birthplace, kills his father and marries his mother. The play grapples with the historical reality of American slavery to confront still-urgent questions about freedom, reconciliation and prejudice.

In a twist on the traditional crime of white male slave owners’ sexual use of female slaves, the play’s plantation owner is a married woman, Amalia Jennings, played by senior theatre and Spanish major Sarah Newby Halicks of Peachtree City. Amalia’s affair with slave Hector, played by master of fine arts in performance student Moses McGruder of Augusta, produces a beloved child who she reluctantly gives up. Unable to love freely and openly in defiance of strong social norms, over time Amalia grows bitter and becomes a savage “master” who rules her plantation with absolute power. Hector loses his mind and retreats to a solitary life in the woods.

“Rita Dove has given us a poetic evocation of that past that encourages each of us to find a more clear understanding of its resonance in our present and of our need to face it as we step into our collective future,” said Giles, an associate professor in the department of theatre and film studies and associate director of the Institute of African American Studies in the Franklin College of Arts and Sciences.

“We are incredibly excited to be presenting this mesmerizing play by one of America’s most celebrated writers, a play that draws on timeless tragic themes to pose distinctively American questions about race, freedom, power, and love,” said David Saltz, head of the department of theatre and film studies.

Tickets are $16 for the general public and $12 for students. For tickets, see http://www.drama.uga.edu/box-office, call 706/542-4400 or see the Performing Arts Center box office. Tickets also may be purchased at the door before the show.

For more information on the UGA department of theatre and film studies, see http://www.drama.uga.edu/.