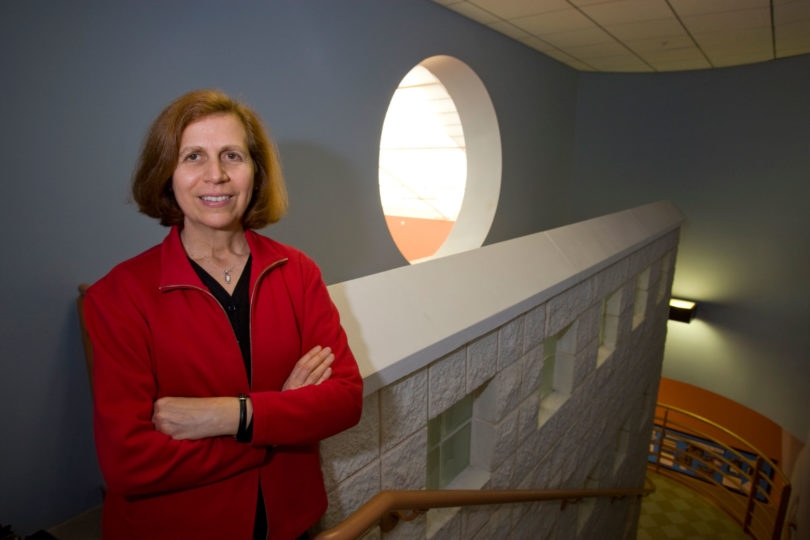 Athens, Ga. – Students who date in middle school have significantly worse study skills, are four times more likely to drop out of school and report twice as much alcohol, tobacco and marijuana use than their single classmates, according to new research from the University of Georgia.

“Romantic relationships are a hallmark of adolescence, but very few studies have examined how adolescents differ in the development of these relationships,” said Pamela Orpinas, study author and professor in the College of Public Health and head of the Department of Health Promotion and Behavior.

Orpinas followed a group of 624 students over a seven-year period from sixth to 12th grade. Each year, the group completed a survey indicating whether they had dated and reported the frequency of different behaviors, including the use of drugs and alcohol. Their teachers completed questionnaires about the students’ academic efforts. The Healthy Teens Longitudinal Study included schools from six school districts in northeast Georgia. Investigators used two indicators of students’ school success: high school dropout rates and yearly teacher-rated study skills. The results of the study were recently published in the Journal of Research on Adolescence.

“In our study, we found four distinct trajectories,” Orpinas said. “Some students never or hardly ever reported dating from middle to high school, and these students had consistently the best study skills according to their teachers. Other students dated infrequently in middle school but increased the frequency of dating in high school. We also saw a large number of students who reported dating since sixth grade.”

Of the early daters, a large portion of the study group-38 percent-reported dating at almost all measurement points throughout the study. The second at-risk segment, identified as “high middle school dating,” represented 22 percent of the sample. One hundred percent of these students dated in sixth grade.

“A likely explanation for the worse educational performance of early daters is that these adolescents start dating early as part of an overall pattern of high-risk behaviors,” Orpinas said.

Children in these early dating groups were also twice as likely to use alcohol and drugs.

“Dating a classmate may have the same emotional complications of dating a co-worker,” Orpinas said. “When the couple splits, they have to continue to see each other in class and perhaps witness the ex-partner dating someone else. It is reasonable to think this scenario could be linked to depression and divert attention from studying.”

Authors indicated that more research is needed to identify characteristics that distinguish dating as a healthy developmental process from dating as part of a problem behavior syndrome.

Orpinas says this study suggests, “dating should not be considered a rite of passage in middle school.”

The study was funded by the Centers for Disease Control and Prevention’s National Center for Injury Prevention and Control.