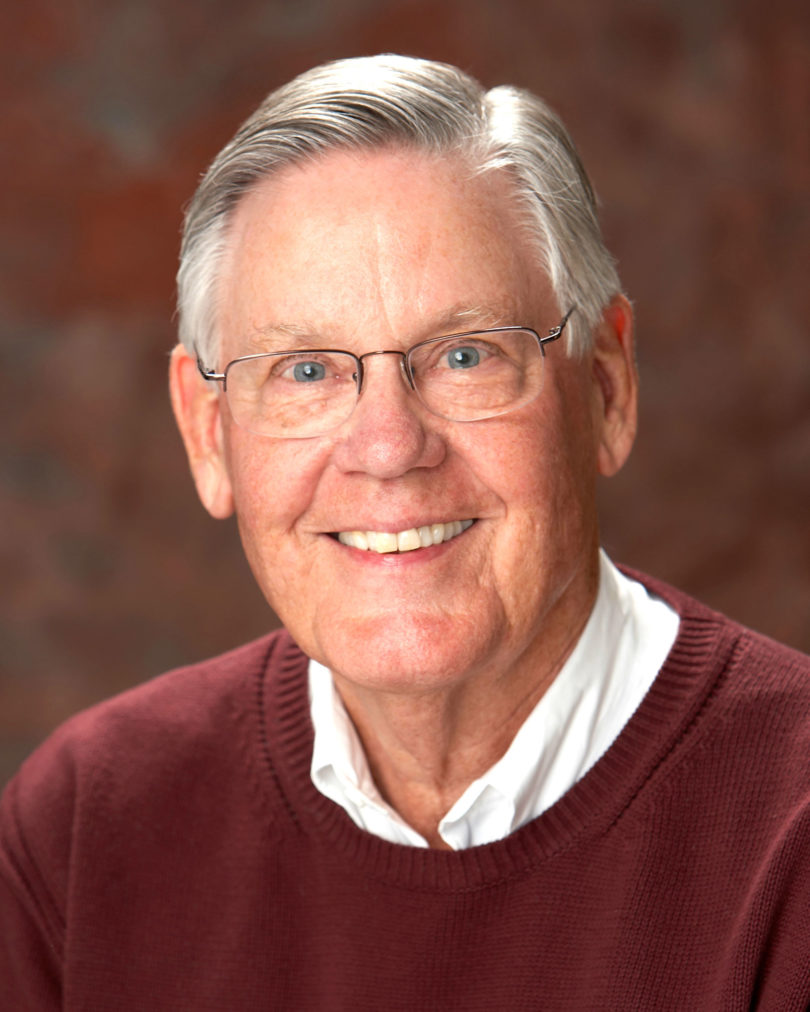 The Yarbrough Chair will begin as the C. Richard Yarbrough Professorship in Crisis Communications Leadership, funded by a cash pledge that will be completed later this year. When combined with his estate plan, the gift total will reach or exceed $2 million.

Spotlighting the importance of educating students for leadership in crisis communications and serving as counselors to key executives and clients in crisis, the Yarbrough Professorship and eventual Chair will be the first of its kind within a school of journalism and mass communication.

E. Culpepper Clark, dean of the Grady College, praised Yarbrough for a lifetime of generosity and for his major gift commitment that will make the college what Yarbrough calls the “go-to” leader in crisis communications research and education.

“This is a historic moment for Grady as we look to establish a program of true distinction in the public relations profession,” said Clark. “Dick and Jane Yarbrough have been steadfast partners and friends of our students. Their generosity now multiplies for Grady generations to come.”

Yarbrough said his vision is that the Yarbrough Professorship and eventual Chair will establish the Grady College as a beacon for thought leadership, expert analysis and commentary on crisis communications through teaching, research and outreach to the communications profession.

“My vision, born out of an enduring, deep love for Grady and a career in high stakes communications, aims to position the college as the premier site for analysis, counsel and leadership talent in crisis communications,” said Yarbrough.

The luncheon announcement of Yarbrough’s gift commitment included remarks from industry leaders and was followed by a college-led discussion for special guests, faculty and students. Discussions and lectures continue at Grady throughout “Crisis Communications Week.” Developed by advertising and public relations faculty members Bryan Reber and Betty Jones, the week’s programs feature Hearst Foundations Visiting Professional Peter Macias, director of communications for Service to the Armed Forces, a division of the American Red Cross, and his colleague at Red Cross, Jonathan Aiken.

Yarbrough was named one of “The Most Influential Public Relations Practitioners of the 20th Century” by PR Week. He has twice been listed on Georgia Trend’s prestigious “100 Most Powerful and Influential People in the State of Georgia.” He spent more than 40 years working in corporate public relations, working as a vice president with BellSouth and as managing director of communications and government relations for the Atlanta Committee for the 1996 Olympic Games where he led the committee through its response to and aftermath of the Centennial Olympic Park bombing.

A 1959 University of Georgia graduate, Yarbrough is past president of the National Alumni Association, receiving its highest honor, the Distinguished Alumni Award. He was named a Fellow of the Grady College in 2008. In addition to the Yarbrough Student Support Fund, the Grady College also boasts the C. Richard Yarbrough Laboratory. The Georgia Chapter of the Public Relations Society of America has named him to the Order of the Phoenix, their highest honor, as well as inducted Yarbrough membership into its Hall of Fame.

For the past 15 years, Yarbrough has gained a large following with his syndicated newspaper column which reaches approximately 600,000 households and more than 1.3 million readers each week throughout Georgia. His column twice has been named “Most Humorous” by the Georgia Press Association. He is a passionate advocate of support for education.

Yarbrough lives in Vinings with his wife, Jane.

UGA Grady College
Established in 1915, the Grady College of Journalism and Mass Communication offers undergraduate majors in advertising, public relations, journalism, digital and broadcast journalism, and mass media arts. The college offers two graduate degrees and is home to the Peabody Awards, internationally recognized as one of the most prestigious prizes for excellence in electronic media. For more information, see http://www.grady.uga.edu or follow the Grady College on Facebook and @UGAGrady on Twitter.