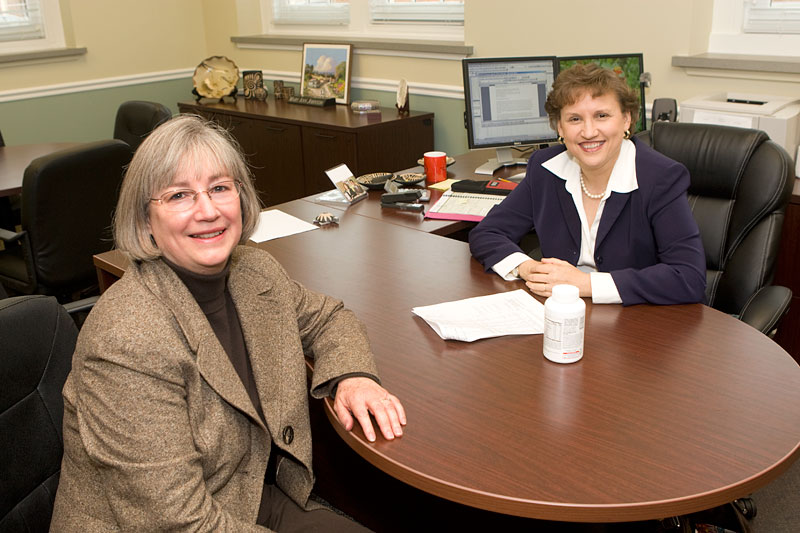 Athens, Ga. – A new study by University of Georgia researchers shows that despite the availability of fortified foods, many older adults suffer from deficiencies of vitamin D, calcium and B12, which are critical for optimal bone, blood and nervous system health.

The research grew out of the authors’ interest in providing scientifically sound health promotion programs at more than 200 senior centers across Georgia that help prevent malnutrition and provide nutritionally balanced meals to low-income elderly. Published in the Journal of Nutrition for the Elderly, the study notes that nutrient deficiencies make the elderly more vulnerable to chronic health problems such as osteoporosis, anemia and cognitive impairment.

“We always say ‘food first’ because eating a wide variety of foods provides the best source of minerals, vitamins and other nutrients,” said Mary Ann Johnson, professor of foods and nutrition in the UGA College of Family and Consumer Sciences and coauthor of the study. “But people don’t always eat a balanced diet, and vitamin supplements are convenient, relatively inexpensive and some have shown definite benefits in preventing or reducing the risks of chronic disease.”

Johnson and study coauthors Joan Fischer, associate professor of nutrition, and research assistant Sohyun Park, said that among those surveyed, more than 60 percent of adults aged 60 or older take some type of dietary supplement; 40 percent take multivitamin and mineral supplements. Yet many were also confused about which vitamin supplements are beneficial.

That’s understandable, they said, given conflicting research studies. While the use of multi-vitamin and mineral supplements do increase the blood concentration of nutrients, researchers often can’t demonstrate specific health benefits from their use.

In fact, several recent vitamin studies only muddy the waters about the benefits of supplements. In November 2008, scientists released findings of a large clinical trial of nearly 15,000 male doctors who took vitamins C and E for a decade, showing no benefits in reducing cancer rates. Another recent study found that vitamins C and E don’t lower heart disease rates. And last October, a third major clinical trial–looking at whether vitamin E and selenium protect men against prostate cancer– ended early when it was clear that neither nutrient would reduce cancer risks.

But the UGA researchers say the benefits of taking certain supplements, especially calcium and vitamin D, are well-documented. Vitamin D, a fat-soluble vitamin, helps the body absorb calcium. It is present in significant amounts in fish and fortified milk, but very few other foods. Vitamin D is also known as the “sunshine vitamin” because it can be manufactured by the body when exposed to sunshine. However, as people age their skin starts to lose this ability to make vitamin D.

“We found that milk consumption varies widely in older adults,” said Fischer, “and some elderly people avoid dairy products altogether because of the fat in whole fat products–or because they have trouble digesting milk products. But there is strong evidence that vitamin D and calcium supplements improve overall bone health and prevent bone fractures.”

Calcium, essential for strong bones, is also important for normal heart and muscle function–and it helps the blood clot normally. The body uses and loses calcium every day through sweat, urine, feces, hair, nails and skin. It’s replaced by calcium-rich foods in the diet, including milk and dairy products, kale, collard greens and foods fortified with calcium, such as some brands of orange juice. But when the body doesn’t get enough, it pulls calcium from skeletal bones to carry out the more critical demands of the heart, nerves and major muscles.

B12, a water soluble vitamin, promotes the normal functioning of the brain and nervous system–and facilitates the formation of blood and new cells throughout the body. Good dietary sources include milk products, meat, poultry, fish and fortified breakfast cereals. After age 50, people don’t absorb vitamin B12 as efficiently and must guard against a deficiency.

“By the time people reach their elder years, the cumulative effects of lifestyle really start to show, good or bad,” said Johnson. “Part of the problem is that we need research that demonstrates the costs of poor nutrition and poor lifestyle. For example, many cases of diabetes and its complications are preventable. Nutrition is a science, but it doesn’t get the attention it deserves. We’re making progress, but we have a long way to go.”