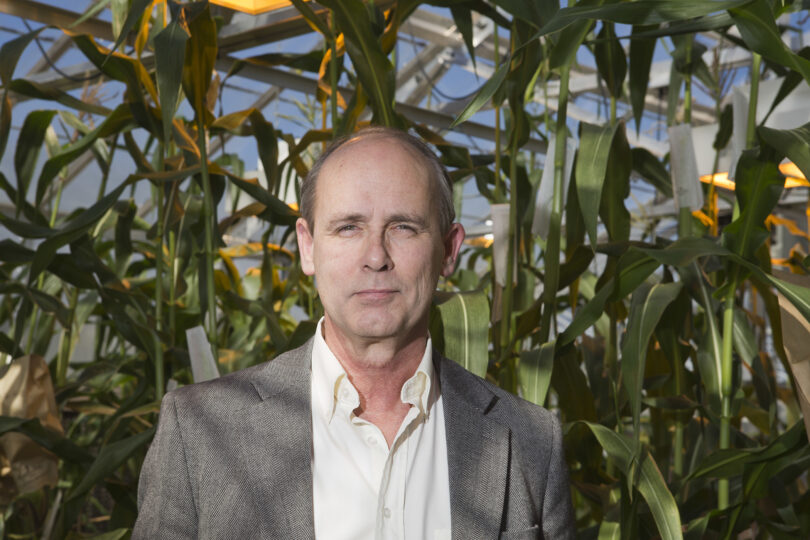 Research could lead to breakthroughs to improve agricultural crops

A new project by University of Georgia researchers will explore the largely unknown relationship between plants and soil microbes, generating new information that’s expected to be a game changer for plant science.

The five-year project, funded by an $11.7 million grant from the U.S. Department of Energy, will deliver findings ranging from basic information about plants and microbes to applied knowledge that can be used by plant breeders to improve agricultural crops.

Led by Jeff Bennetzen, the team will focus on the contributions of an important class of microbes, called arbuscular mycorrhizal fungi, in the performance of sorghum, a major grain crop and source of biomass.

“Our study will look at the degree to which field conditions influence whether AMF are positive or negative contributors, and try to identify the plant genes—and to some extent the AMF genes—that determine whether this is a positive or a negative contribution,” said Bennetzen, Norman and Doris Giles Professor in Genetics and Georgia Research Alliance Eminent Scholar.

All plants interact with microbes in their environment that can promote or diminish their productivity, according to Bennetzen. AMF are usually viewed as positive contributors, helping plants acquire nutrients like phosphate and water and providing resistance to certain types of root diseases.

But AMF are not always useful, and there are many unknowns. For example, plant-AMF interactions are different in different environments—based on variables like soil type or amount of rainfall—and scientists don’t know why. To illuminate the basic rules of the plant-AMF relationship, Bennetzen and his collaborators will conduct tests in two locations: Arizona, where it’s hot and dry with sandy soils, and Georgia, where it’s wetter and there’s an abundance of clay in the soil.

Bennetzen expects that AMF-sorghum interactions at the two locations will be different, perhaps involving different species of AMF or different plant genes. The team will also explore key plant traits, like root structure, and examine the genes and gene expression patterns that are involved in both the plant and fungus.

The techniques for data generation and data analysis have become so powerful. We can do things now that we could barely imagine just a decade ago.” — Jeff Bennetzen

Even as recently as a few years ago, conducting this type of study would have been technically and logistically impossible, but new molecular genetic and genomic techniques make it feasible—and affordable—to examine all the organisms at the same time.

“The techniques for data generation and data analysis have become so powerful,” Bennetzen said. “We can do things now that we could barely imagine just a decade ago.”

The project brings together a uniquely qualified team, most of whom are UGA faculty. Bennetzen, a plant geneticist, is joined by Katrien Devos, also a plant geneticist and Distinguished Research Professor in crop and soil sciences at UGA.

Two team members are experts in AMF. Nancy Collins Johnson, of Northern Arizona University, is a world expert on natural variation in AMF; she’ll apply her knowledge to the sorghum crop situation for the first time. Anny Chung, Haines Family Assistant Professor of Plant Ecology at UGA, is an experimental field ecologist who’s developed techniques to manipulate and study AMF under field conditions, and she’ll apply these to the test sites.

The final member of the team is Jonathon Arnold, a systems biologist and professor of genetics at UGA, who will uncover, diagram and help test a systems network for the sorghum-AMF interactions. The systems diagram will resemble an electrical circuit diagram, tying together the parts in a way that includes not just connections, but also quantitation of the strength and direction of flow in the connections. Once all the parts are identified, the team will be able to make predictions based on the diagram: If something happens at a particular step, for example, here’s the predicted outcome for every other component.

“Jonathan Arnold is a world leader in doing this. It’s an incredibly difficult, challenging activity,” Bennetzen said. “People talk about how complicated computer systems are, but computer data have only two states—0 or 1. Biological systems can have connection intensities of anywhere from 0 to near infinity, with any possible variation in between.”

With the systems diagram in place, plant geneticists like Bennetzen and Devos will be able to help plant breeders choose the right plant with the right genes for their conditions. Choosing plants that attract the most beneficial AMF may allow growers to get higher yields while reducing other costly inputs, like fertilizer and irrigation.

The project will also generate a wealth of basic knowledge that other scientists can run with, Bennetzen said.

“We’re going to be generating novel information that will change the field dramatically,” he said. “We’re asking questions that haven’t been asked, so no matter what the answer is, it’ll be new. We’re venturing into unknown waters—unknown soils, in this case—with tools that are sure to work and a team that will be able to understand, interpret and gain tremendous value from mining the data we generate.”