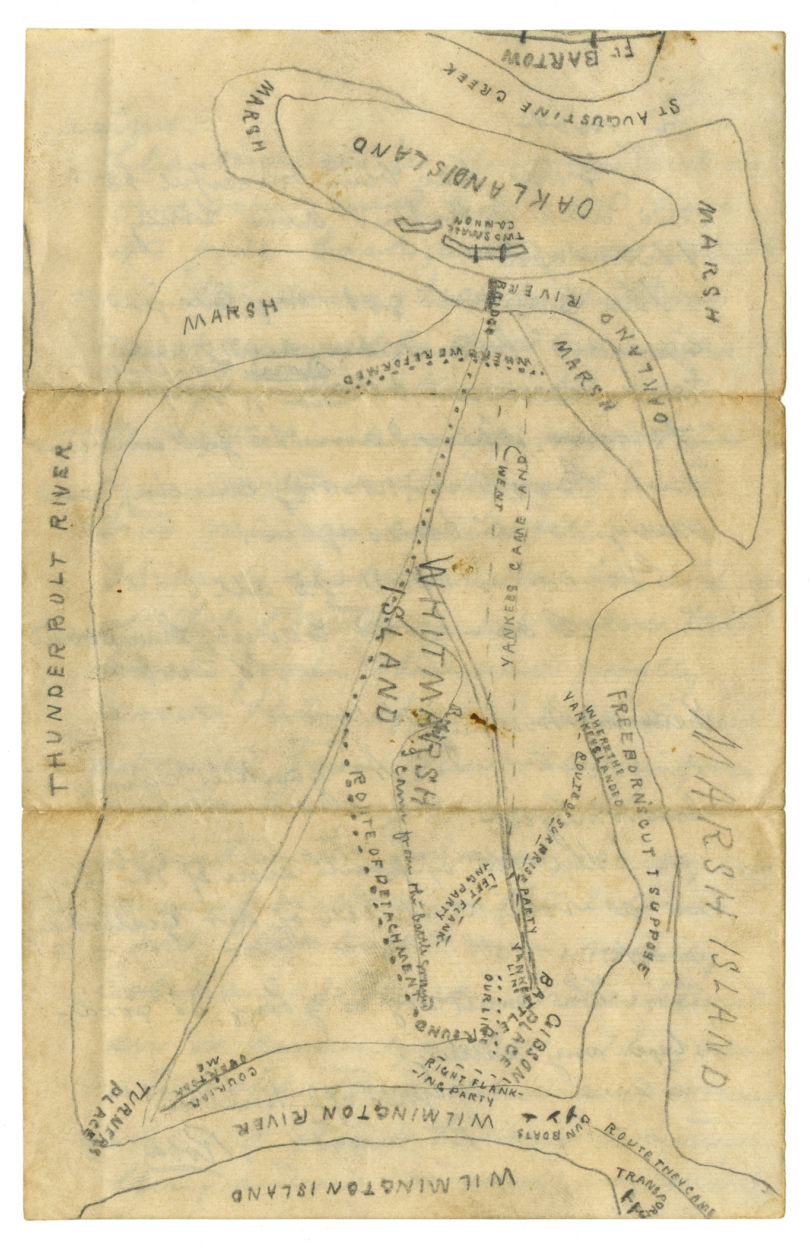 This project was part of a partnership between the Digital Library of Georgia, a GALILEO Initiative based at the University of Georgia, the Atlanta History Center, the Georgia Historical Society and the UGA Hargrett Rare Book and Manuscript Library.

The collection brings together archival materials documenting the Atlanta Campaign and the defense of Savannah; the Eastern Theater and Western Theater outside of Georgia; Confederate government records and correspondence of its prominent officials; life on the homefront; slavery; and the Civil War in memory.

The records include the diverse experiences and perspectives of military leaders, soldiers and civilians whose lives were directly impacted by the Civil War.

Thousands of firsthand accounts of Union and Confederate soldiers and officers document their hardships and opinions of the war and national politics. Military documents, including orders issued by Gen. William T. Sherman, describe the strategy of the Atlanta Campaign. Letters and diaries from Georgia civilians, young and old, male and female, describe in compelling detail the anxiety leading up to the war, the blockade of Georgia’s coast, the siege of Atlanta and Sherman’s subsequent march through Georgia. Financial and military documents reveal details of the buying and selling of slaves by private parties and governments in the defense of the Confederacy. Letters, questionnaires and 20th-century photograph collections capture the memories of Civil War veterans and document important Georgia landmarks a few decades after the conflict.

These collections were used recently in episodes of “37 Weeks: Sherman on the March,” an Emmy-award winning documentary produced in partnership with Georgia Public Broadcasting in 2014.

“America’s Turning Point: Documenting the Civil War Experience in Georgia” was funded by a Digitizing Historical Records grant from the National Historical Publications and Records Commission. The grant enabled Digital Library of Georgia staff to digitize approximately 113,777 items from collections belonging to the Atlanta History Center, the Georgia Historical Society and the Hargrett Rare Book and Manuscript Library that will now be freely available on the Web.

“We have found that our online researchers have increased significantly in numbers since these digital resources have been available through our website, more than doubling since the summer of 2013,” said Paul Crater, vice president of research services at the Atlanta History Center.

The project has created unprecedented researcher access to some of Georgia’s records related to the American Civil War.

“We look forward to our collections informing new and emerging ideas about the people, places and events of the era,” said Lynette Stoudt, director of the Research Center at the Georgia Historical Society. “Digitization and the creation of an online digital resource of select materials both expand access and use of resources, while also helping to preserve the originals.”

A more robust understanding of the Civil War in Georgia is a significant result of the project.

“It also illuminated the diversity and complexity of the social, economic and cultural heritage of Georgians during the mid-19th century,” said Kat Stein, co-director of technical services and university archives with UGA’s Hargrett Rare Book and Manuscript Library. “This wide array of financial, legal and personal documents allows students and researchers to have a more tangible and cohesive understanding of the day-to-day life of citizens.”

The Digital Library of Georgia (http://dlg.galileo.usg.edu/) is a GALILEO initiative based at the UGA Libraries that collaborates with Georgia’s libraries, archives, museums and other institutions of education and culture to provide access to key information resources on Georgia history, culture and life. This primary mission is accomplished through the ongoing development, maintenance and preservation of digital collections and online digital library resources.