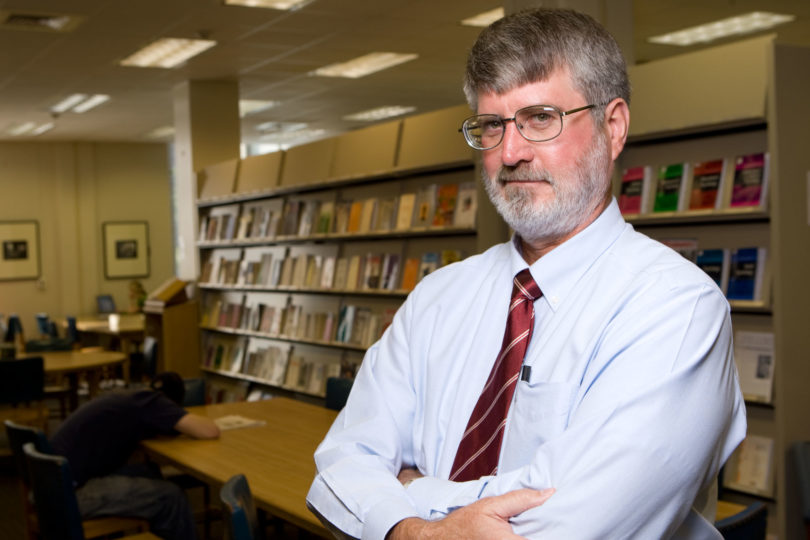 Before the Web, Google and Wikipedia, Tom Frieling saw the future of libraries and it was technology. In the late 1980s, while an assistant librarian at Bainbridge College, Frieling installed the library’s first computer-based circulation system, automating the circulation department’s functions.

“I thought I was cutting edge and maybe I was, although briefly,” he said. “But that experience really gave me insight into what automation could do for our services.”

In another decade, the University System of Georgia would create GALILEO (GeorgiA LIbrary LEarning Online), an innovative virtual library that provides Georgians electronic access to thousands of magazines, journals and other resources. Only a few years later, Bainbridge College was the first two-year college to go live with the next phase, GIL (GALILEO Interconnected Libraries) the system-wide integrated library automation program, which allows for the acquisition, management and circulation of all materials in the university system.

“With GALILEO and GIL, we realized the Internet was making stand-alone libraries obsolete,” he said.

As director of the Bainbridge library, Frieling was involved with statewide USG groups to develop policies to implement GIL and later GIL Express.

“GIL Express was the crowning jewel of the GALILEO project,” Frieling said, “because it used a single library automation system to create a system-wide universal catalog so we could see and share collections.”

In addition to USG institutions, GIL provides access to the collections of the Atlanta History Center and the Georgia Department of Archives and History.

Frieling calls it both “frustrating” and “ironic” that state budget issues may doom the GIL Express delivery service that provided more than 85,000 books to patrons last year. GIL

Express has been spared from budget cuts, but Frieling is looking for alternatives.

“Tom has always had a major role in facilitating resource sharing across Georgia,” said Merryll Penson, executive director of Library Services at USG. “From being a tester for new software releases and upgrades, to helping with policy development for GIL Express and other resource sharing initiatives, Tom is a wonderful asset.”

“Claire put together such a great staff it made the transition easy,” Frieling said. “Working with my staff is definitely a major perk of my job.”

Having glimpsed the future, Frieling is concerned about how the library will change over the next 30 years.

“The Internet is changing all the rules,” he said. “We need to make sure students learn critical thinking skills so they can approach research with a frame of reference and understand the value of peer-reviewed journals as opposed to only using Google or Wikipedia. The Web has democratized the delivery of information, but I hope students don’t blithely accept every Wikipedia article as unchallenged received wisdom.”