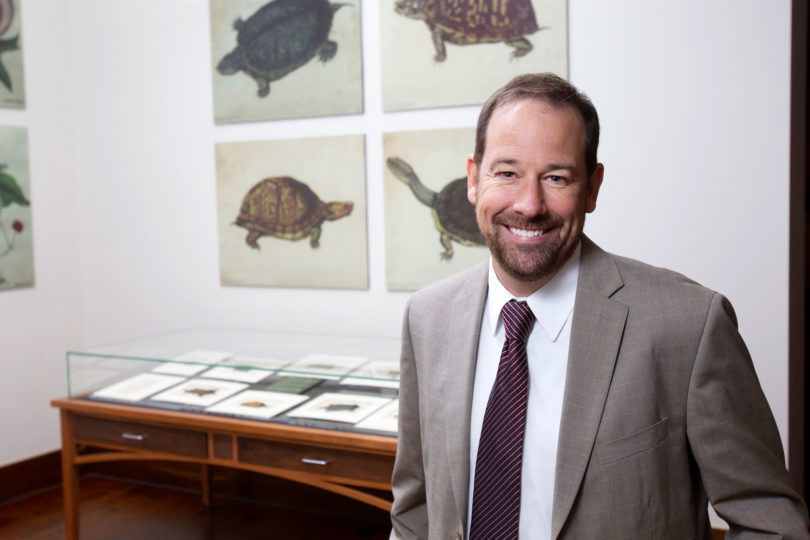 In 1959, Alabama state librarian Emily Reed refused to remove the children’s book A Rabbits’ Wedding from her library in the face of demands of state senators, who argued that “this and many other books like it should be taken off the shelf and burned.” The reason for their objection: The groom was depicted as a black bunny and the bride a white one. Reed’s stand ultimately cost her her job.

That anecdote is included in Toby Graham’s book examining race relations in the South. A Right to Read: Segregation and Civil Rights in Alabama’s Public Libraries, 1900-1965 won four awards as a dissertation, including two national citations. Published in 2002 by the University of Alabama Press, the book earned Graham the 2004 Alabama Author Award for Non-Fiction, which he received this past April.

“In part it was a test to see whether I could do it or not-a self-indulgent intellectual enterprise,” Graham says. “But the implications for others-the non-intellectual human rewards meant more to me than any intellectual ­validation.”

In response to Graham’s research and letters commending Reed’s courageous stand in 1959, the Freedom to Read Foundation chose her for their 2000 Roll of Honor Award, and the same year the American Library Association executive council issued a resolution recognizing her example.

A love of history was instilled in Graham as a child when his father, an education professor at James Madison University, read Virginia history textbooks as bedtime stories to Graham and his younger sister.

After earning a degree in history from James Madison, Graham went to the University of Alabama at Tuscaloosa to pursue graduate studies, where he accepted a year-long assistantship in a special collections library.

“I was initially highly unenthusiastic,” he says, “until I saw first-hand the connection between history and archives. That’s when the light came on. That’s when I knew I had found a career that would be richly rewarding.”

After completing a master’s degree in history, Graham earned a master of library science. In 1995, the library dean approached him about leading a digitization project.

“I had never seen a scanner before, but I said, ‘That sounds perfect.’ It was a small project, but it changed my outlook. It was an important event in my career,” he says. “I saw an opportunity to promote use of primary source collections by making them available online.”

Joining the special collections library at the University of Southern Mississippi, Graham eventually became head of the department and began its digital program, focusing on collection strengths, including the civil rights movement and children’s literature.

When the director’s position at the Digital Library of Georgia opened, Graham saw an opportunity to lead a statewide collaborative program.

“That’s exactly what I want to do with my career and to do it in a Southern state is important to me,” he says. “It was an opportunity that was hard to ignore.”

Graham currently is overseeing a redesign of the DLG Web site, created when the digital library consisted of only a few databases.

“We have 25 databases now and several more on the way,” he says. “We need to re-conceptualize and create a design that connects with digitization projects across the state that document Georgia history and life.The collaborative nature is what attracted me to the job-to help build a statewide digital library program.”