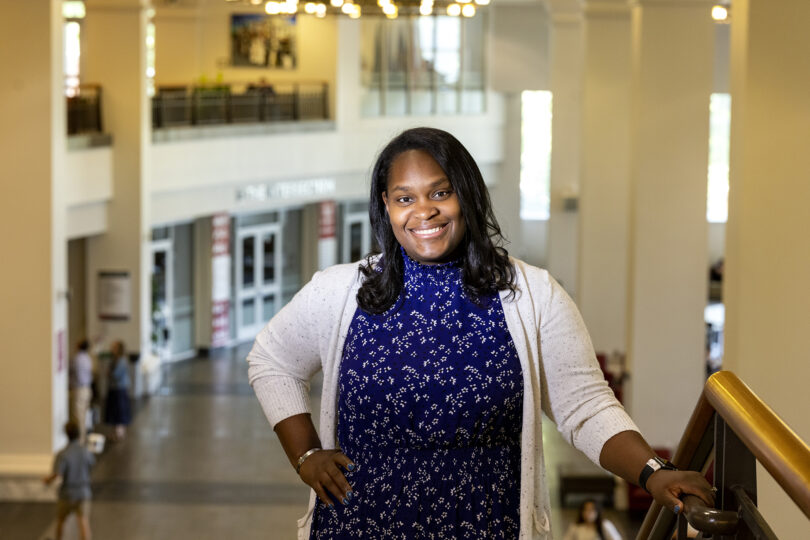 Starting college marks a major transition point in a student’s life. Nicole McConnell and her team are here to help make that transition as smooth as possible.

“We are here to make sure they feel supported in their journey. That’s important for all students,” she said.

McConnell, who was born and raised in Georgia, has been helping college students since she was one herself. She served as a resident assistant while she earned a bachelor’s degree in industrial engineering technology and worked in housing as a graduate assistant while earning a master’s degree in business administration from Southern Polytechnic State University, now part of Kennesaw State University. Before coming to UGA, she spent three years working in residential life and housing at Virginia Commonwealth University.

McConnell joined UGA in 2017 as assistant director for student activities with the Department of Engagement, Leadership and Service. She began her role as director of student transitions on May 31. It was something she had a hand in before, but now McConnell and her team of three are leading transition efforts like Dawg Camp and Welcome UGA.

“That is the work I’m passionate about,” she said.

To begin, they worked to define three key transition points. First is the pretransition stage—getting ready for that next phase. Then, there is the adjustment stage—getting used to and comfortable with the new phase. After that is the progression phase—celebrating what’s been accomplished and moving toward the next transition.

For example, McConnell’s office reaches students in the pretransition phase through Dawg Camp. Then, they help new students adjust to college life with Welcome UGA. Later on, second-year students are welcomed back to promote a “sophomore success” instead of a “sophomore slump.” 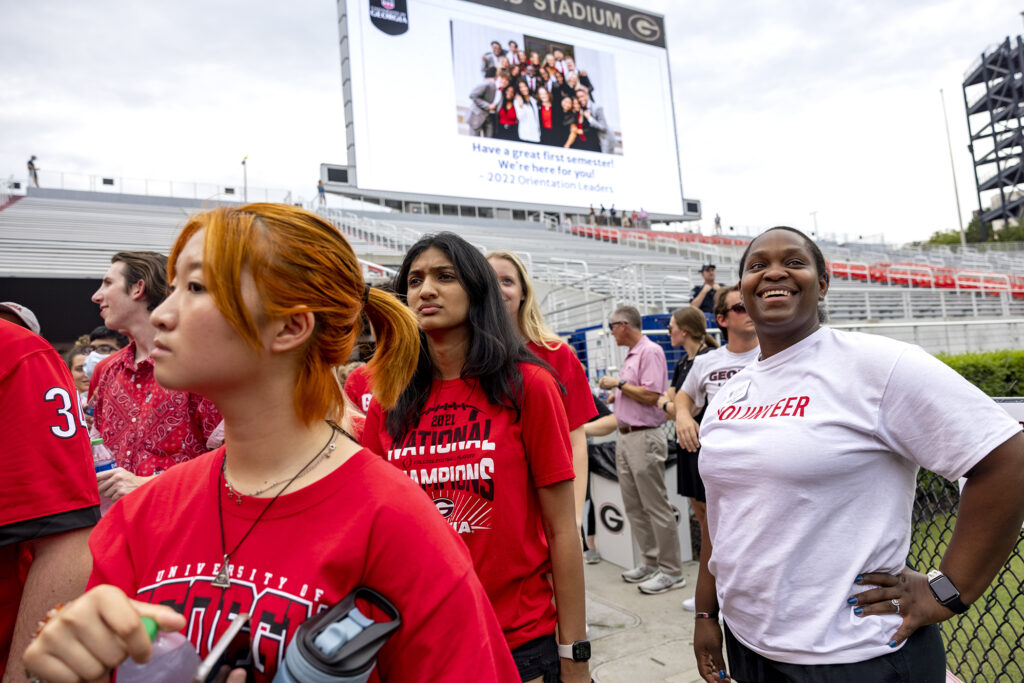 “What does it look like to support students holistically in their transition into, through and out of the University of Georgia? We know that there are a lot of different transition points students are going to go through, so we really try to be proactive as opposed to reactive in helping them feel prepared and supported through those transitions,” she said.

For McConnell, it’s important to consider the whole student and where they might need additional support. So much is available to them, and McConnell wants to make sure they know what pathways are out there. For instance, her team plans the Transfer Student Welcome each semester for those coming to UGA that way and frequently collaborates with the Division of Academic Enhancement to support both rural and first-generation students with their transition to the university.

The challenges, McConnell said, are both social and academic. Not only are transfer students, in particular, trying to find out how their credits will transfer, but they’re also trying to build a community and their own identity as a Bulldog.

“You should see that you belong here. You should feel invited and welcome to be part of that. I want us to have intentionality behind all that we do,” she said. “We’re going to be purposeful. We want to be alongside you on your journey.”

McConnell spends her time communicating and connecting in an effort to build relationships across campus, and she welcomes feedback from participants in her office’s programs.

“There is so much good that we can go out and do, and I want us to be mindful of that,” she said.

Outside of work, McConnell appreciates spending time with her family, including her two dogs. She enjoys exposing her young son to new experiences and cultures, as her family loves to hike, camp and travel. She’s also an admitted foodie.

Additionally, she’s pursuing her Ed.D. in student affairs leadership from the Mary Frances Early College of Education and hopes to incorporate some of her research into her work.