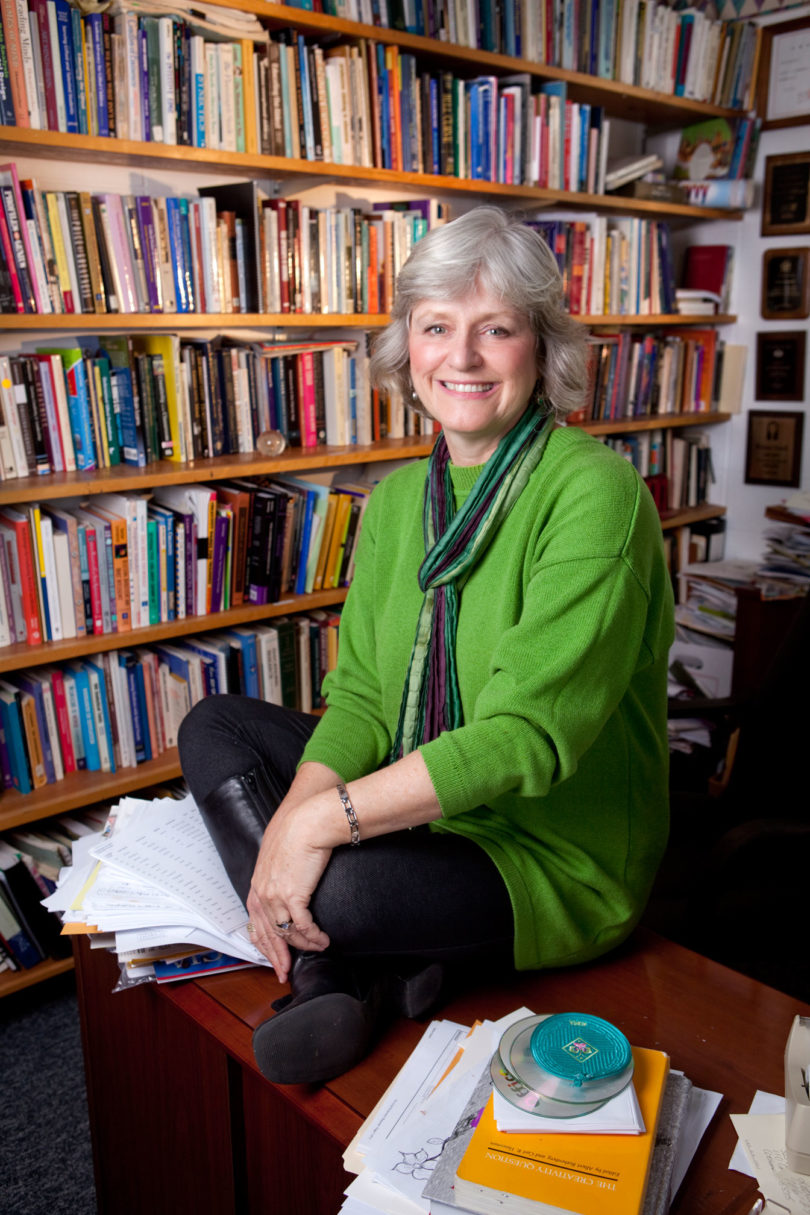 Bonnie Cramond, a professor in the College of Education’s department of educational psychology and instructional technology, has been named the new director of the E. Paul Torrance Center for Creativity and Talent ­Development.

With the tripartite mission of research, instruction and service, the Torrance Center is named for the late UGA distinguished professor known around the world as the “Father of Creativity.” It is based in the college’s Institute for Interdisciplinary Research in Education and Human Development.

“I would love to see the center continue to develop its international reputation,” said Cramond. “During the last academic year, I spoke in Japan, India, China and Turkey about creativity and the work of the Torrance Center. We have established a Torrance Center in Portugal and are working to establish one in Turkey.”

At the same time, Cramond would like to see the center expand the ways in which it serves the residents of Georgia and the university community.

“We can do that by providing quality programs for K-12 students, teaching and research opportunities for university faculty and students, and providing an enriching research atmosphere with top speakers and researchers brought to campus,” she said. “I intend to develop a creativity certificate program with faculty from across campus and perhaps a Ph.D. degree in creativity and innovation.”

Cramond, a former graduate student of Torrance’s, has an extensive résumé of research and development experience and an international reputation for many outstanding contributions to gifted and talented education.

Her research focuses on the behaviors of children categorized as “strange.” What she has discovered is that “strange” children are often creative geniuses living in noncreative worlds. As an international and national speaker, she has published numerous articles and a book on creativity research, and she teaches classes on giftedness and creativity. Her work centers particularly in the identification and nurturance of creativity, especially among students considered at risk because of their different ways of thinking, such as those misdiagnosed with ADHD, emotional problems or those who drop out.

Cramond is a former member of the board of directors of the National Association for Gifted Children, a former editor of the Journal of Secondary Gifted Education and on the review boards of several other journals.

She received her Ph.D. from UGA in educational psychology with a focus on gifted education under the mentorship of Torrance in 1982. She was a faculty member at Western Illinois (1987-89) and Southeastern Louisiana universities (1983-87) before returning to join the UGA faculty in 1989. Before earning her doctorate, Cramond taught gifted education for more than a decade in three Louisiana school systems.

A search is currently under way for an associate director for the Torrance Center to join Cramond in developing and expanding its research and development programs.