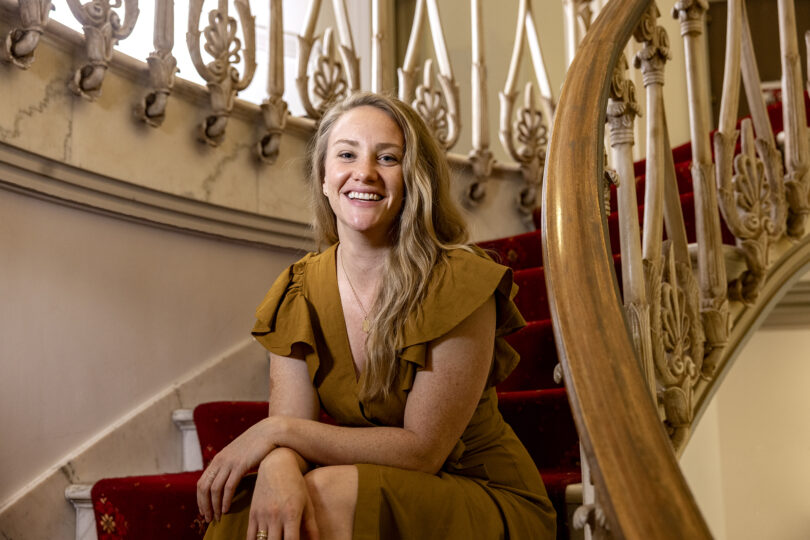 Casey Graham is the director of student affairs at the School of Law. (Photo by Dorothy Kozlowski/UGA).

Casey Graham leads a variety of wellness, success programs in the School of Law

Casey Graham is one of the helpers.

As director of student affairs at the School of Law, she helps advise student organizations, she helps plan orientation events, and, most importantly, she helps build a community among the students.

“This work has given me an appreciation for the helpers—for finding the helpers and trusting that the helpers are really in it for the right reasons,” she said. “It’s made me more appreciative of the ability to connect.”

Graham’s passion for helping students began when she was a UGA student herself. She graduated in 2010 with a bachelor’s degree in public relations from the Grady College of Journalism and Mass Communication and a music business certificate from the Terry College of Business. Her goal was to work in public relations in the music industry, but after serving as a Dawg Camp counselor between her junior and senior years, she also felt a need to help other students who struggled with their transition to college.

Her path started in the Franklin College of Arts and Sciences’ advising office. She then went on to get her master’s degree in student affairs at Clemson University, where she worked with freshman academic programs, specifically a summer program that helped incoming freshmen with the transition to college.

After graduating, Graham spent a few months working for a friend’s artist management company in Nashville before returning to higher education as a department education coordinator in the Oral Surgery & Orthodontics Residency Programs at Vanderbilt University Medical Center. She then went on to serve as the dual enrollment coordinator at Dalton State College before starting as associate director of student affairs at UGA’s law school in 2018. In 2020, she was named director and completed her doctorate from UGA in student affairs leadership.

Graham knew she wanted to work with a specialized student population and always had an underlying interest in law. 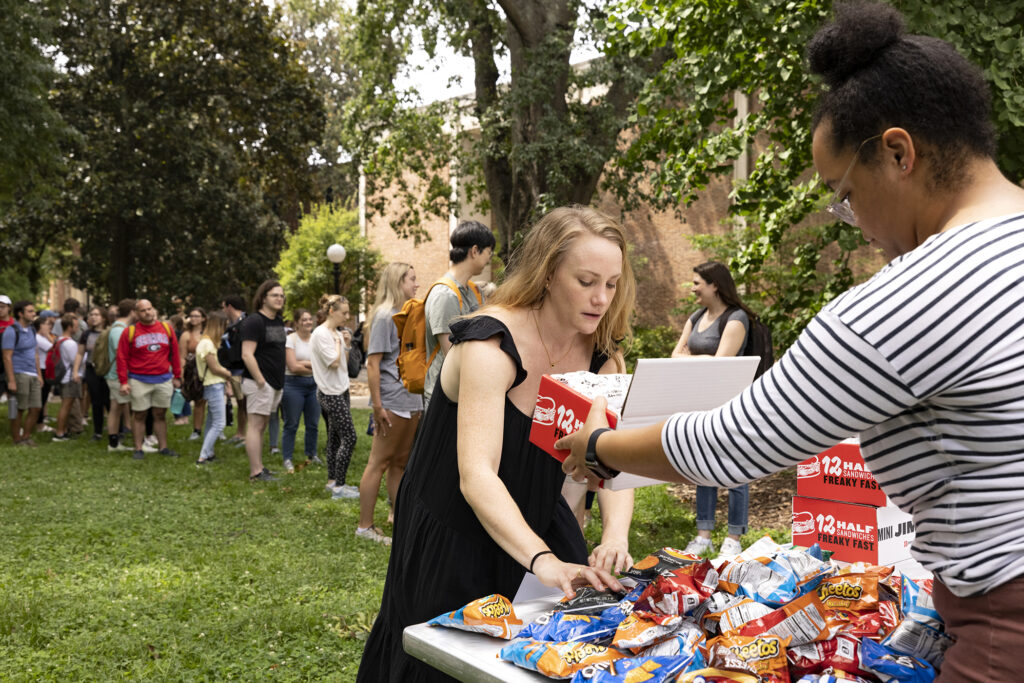 “It seemed really providential, in a way, that a position opened up where I could do the thing that I had training in with students who shared intellectual interests with me,” she said.

In her role, she takes a holistic approach to student affairs. While she does work with student organizations and plan orientation events, she also oversees the implementation of ADA accommodations, the law school’s Mentorship Program, financial literacy programs and the law student emergency fund, in addition to other programs geared toward student wellness and success.

“We get to go a little deeper,” she said. “We get to focus a little more on who you are as a person.”

But it is her individual interactions with students that give her the most satisfaction.

“Many students are surprised when something inevitably happens, and our response is, ‘What do you need? How can we help you?’ I think that’s one of the parts of our ethos that sets us apart from other law schools. Students hear that as they’re making their decisions, but when they get here, that’s when they really start to feel it,” Graham said.

Although she no longer works in that field, live music still plays an important role in Graham’s life. She sees as many live shows as she can and also enjoys trying new restaurants. She also spends quite a bit of time outdoors, specifically in the mountains.

It’s important to Graham to find space for the things and interests that make up her whole person, and she hopes to help her students create their own path.

“People who work in student affairs tend to be very committed to their own emotional and life journey and are really interested in helping others along that path,” she said. “Doing this kind of work has really helped me to have a lot more appreciation for the variety of ways that you can be a human and the variety of experiences you can have as a human. We’re all doing our best.”