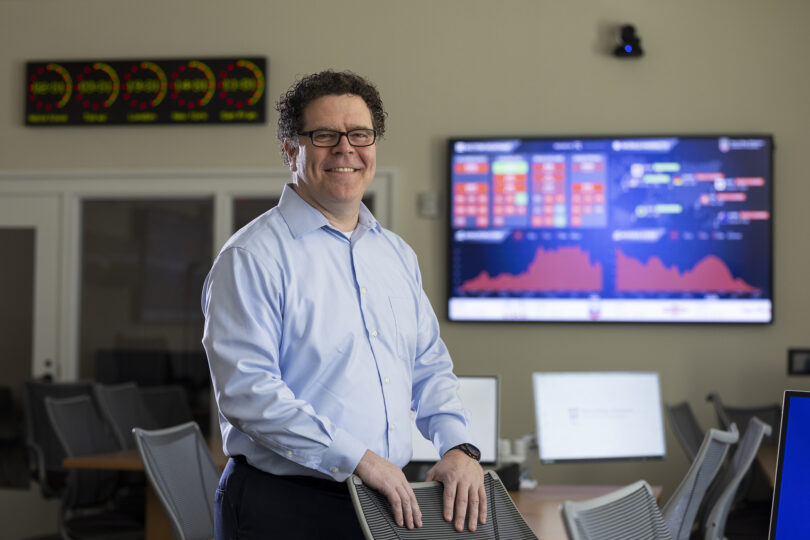 James Johnson is a senior lecturer and director of the Benn Capital Markets Lab in the Terry College of Business. (Photo by Andrew Davis Tucker/UGA)

After earning his MBA and landing a great job as a vice president of finance with Citigroup, James Johnson faced a unique crisis.

He had gotten the MBA and the job in banking and finance that he always wanted but—somehow—he needed more finance.

“Honestly, it wasn’t enough finance for me,” said Johnson, who now serves as director of the UGA Terry College of Business Benn Capital Markets Lab. “I was still doing OK, but it wasn’t what I wanted to do. It was the middle of the 2008-2009 financial crisis, and it just wasn’t a good place to be. I thought, ‘You know, I think I think it’s time for me to go get a Ph.D.”

For Johnson, who worked in technology at a Dallas printing firm before pursuing his MBA, changing career paths was daunting. On the other hand, everything was daunting after the 2008 crash, Johnson said, so why not try.

Johnson worked with an MBA program mentor to apply to the finance program at the University of Georgia. In 2015, Johnson graduated with his doctorate in finance and has been teaching ever since. He teaches undergraduate and graduate courses in corporate finance and financial modeling, and he gets to have in-depth conversations about the theory of finance.

“I mean, the students are the best because they’re from all backgrounds,” said Johnson, who taught more than 1,000 students in 75 sections since 2015. “I get a real cross-section of people. Some of them have barely made it to this point, and other people are motivated and already have jobs lined up by the time they get to my class. But no matter how many times I’ve taught this class, somebody always comes up with new questions that I have never heard before.” 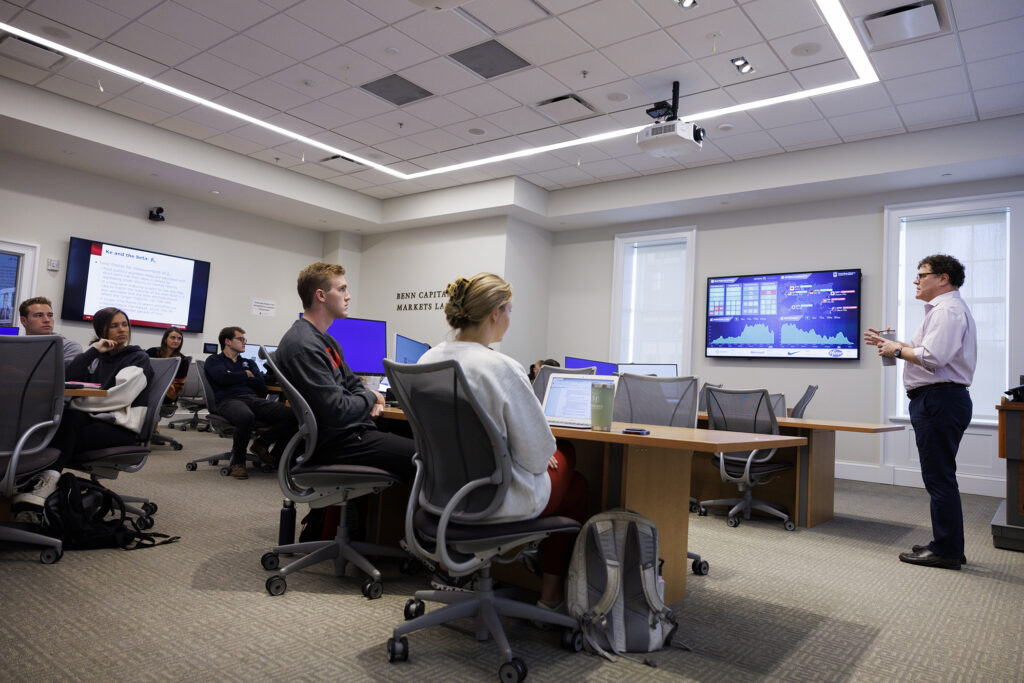 Where his students bring that new curiosity to the classroom, Johnson brings his years working in the corporate world before coming to UGA.

“Having been in the industry and worked in commercial banking, I can serve as a kind of a bridge between theory and practice,” Johnson said. “When I say this is the way it’s done in practice, my students give that more weight than they would if I had not worked in the corporate world. I don’t know if that’s warranted or not, but that’s the way my students seem to react.”

Whether it’s a story from his time working or a recent headline, Johnson works to connect whatever he’s teaching with real-life illustrations.

In 2021, he went through the UGA Center for Teaching and Learning’s Active Learning Summer Institute, and he credits the program with invigorating his courses with new energy.

Johnson also serves as director of the Benn Capital Markets Lab at Terry. The lab hosts a suite of Bloomberg Terminals, computers that are subscribed to Bloomberg’s exclusive feed of market data. Having experience using the terminals is one advantage Terry finance graduates have over other graduates, he said.

When not working with students, Johnson works with historical market data sets to decipher the patterns that precede shifts in the market and the impacts of mergers and acquisitions.

Most recently he co-authored “Jumps in stock prices: New insights from old data” in The Journal of Financial Markets examining 80 years of stock price data to see what kinds of news of events created shifts in value.