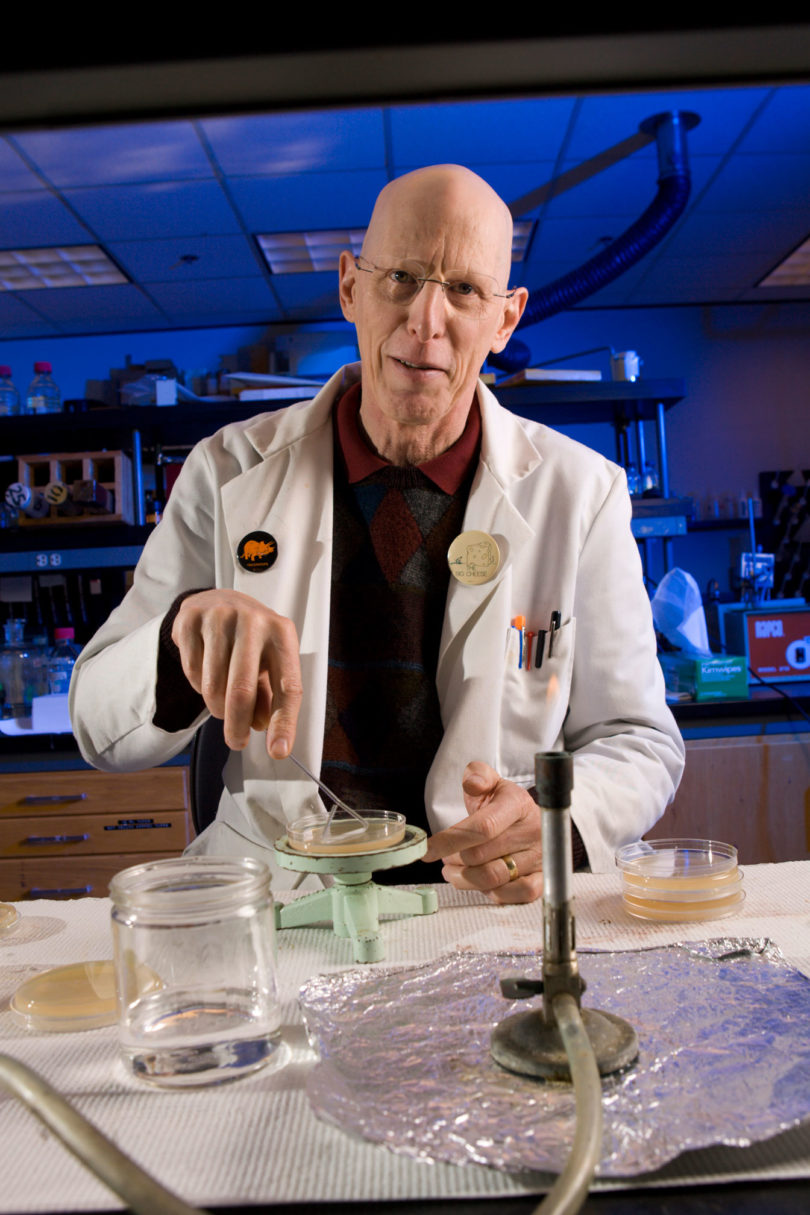 The title of Distinguished Research Professor is awarded to academicians who are internationally recognized for their original contributions to knowledge and whose work promises to foster continued creativity in their discipline. This year, recipients include Sidney Kushner, Catherine Pringle and Juergen Wiegel.

Kushner, professor of genetics, is a bacterial geneticist and molecular biologist whose interests and reputation extend to a broad spectrum of the life sciences. He is recognized internationally for his research on the mechanisms underlying the repair of DNA in response to ultraviolet radiation. More recently, he has made breakthrough discoveries in the genetics and molecular pathways of polyadenylation and messenger RNA turnover in E. coli. Kushner has published 100 peer-reviewed papers in the leading journals of his field and contributed dozens of insightful reviews. His research is characterized by colleagues as having a thoroughness that combines the power of bacterial genetics and recombinant DNA technology with in-depth biochemical and molecular analysis. When established techniques do not provide answers, they say, Kushner creates new methods, demonstrating a daring stubbornness to take on analytical problems that other scientists might well have avoided. He is a Fellow both of the American Academy of Microbiology and the American Association for the Advancement of Sciences and a 1987 recipient of a UGA Creative Research Medal.

Pringle, professor of ecology, is a world leader in stream ecology and conservation. Her work focuses primarily on tropical rivers, with ongoing research in Costa Rica, Puerto Rico, Panama, Trinidad, Georgia and North Carolina. Much of her research has centered on the questions, “What is the role of particular species in maintaining ecosystem function, and how do freshwater ecosystems change when species are lost?”

Pringle found creative ways to obtain quantitative answers. For example, she developed an innovative method for examining the effects of species loss on stream ecosystems. This now-widely used in situ “electric-exclosure” technique excludes particular organisms from the ecosystem under study without the artifact of cage effects. This experimental technique has been used to predict effects of frog extinction from mountain streams in Panama and shrimp extirpation from streams in Puerto Rico. The wide range of her original research and other efforts on behalf of stream ecology have greatly expanded the field and given it a prominent place among the aquatic sciences. With more than 150 publications in top journals, leadership roles in pursuing national interests, and millions of dollars secured in competitive grants, Pringle has brought worldwide distinction to UGA.

Wiegel, professor of microbiology, pioneered the study of microorganisms that grow at temperatures above 55 degrees in the absence of oxygen. He has established one of the premier laboratories in the world for the isolation and characterization of such “thermophilic anaerobes.”

As a postdoctoral student at UGA, Wiegel isolated Thermoaerobacto ethanolicus, which represents a novel thermophilic genus, species and family and was the first wild-type organism patented in the U.S. for ethanol production. Recently, his laboratory extended the known limits of life when it isolated new genera of bacteria that thrive in alkaline hot springs and salt flats. Some of his novel isolates are a rich source of industrial-relevant enzymes. His laboratory developed a genetic system for thermophilic anaerobes that is now used in industry. Wiegel’s work has resulted in more than 190 original scientific publications, three patents and $5.7 million in extramural funding.