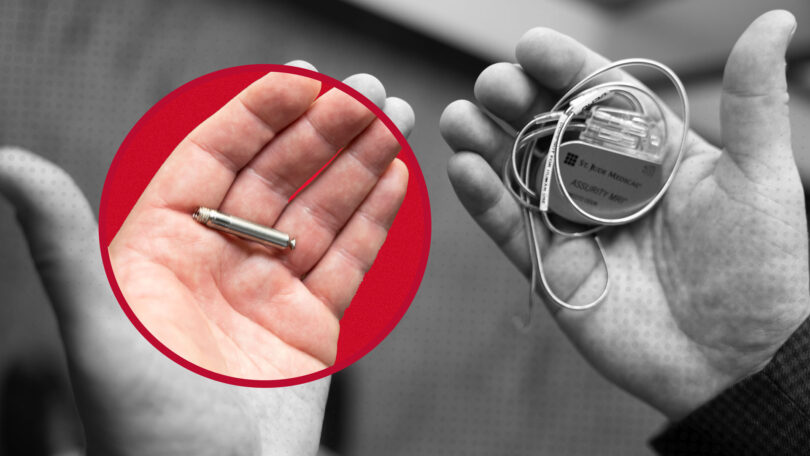 Closeup of a wireless pacemaker (left) and a traditional pacemaker (right) held in the hands of Dr. Kent Nilsson. (Photo by Andrew Davis Tucker/UGA)

New type of pacemaker is a safer, more advanced option than traditional surgery

This March, Dr. Kent Nilsson successfully implanted one of the first wireless, dual chamber pacemakers in the world into a patient. This accomplishment makes Piedmont Hospital the first center in the Southeast and fourth in the U.S. to implant this new device. It was only the 32nd implant in a human in the world. 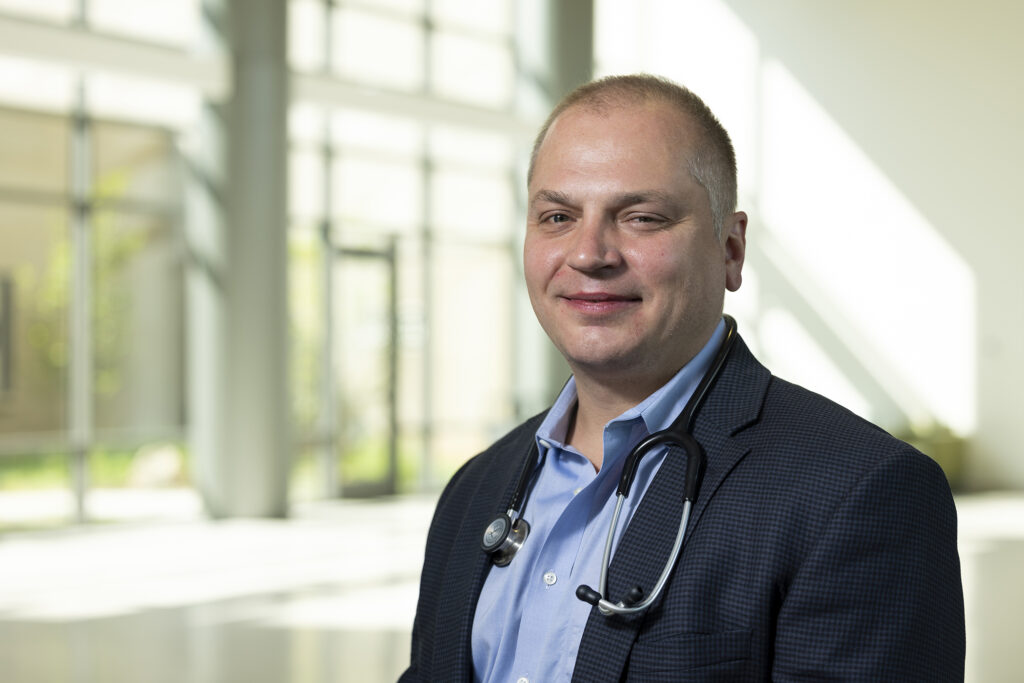 A cardiologist at Piedmont Athens Regional Hospital and professor of medicine at the Augusta University/University of Georgia Medical Partnership, Nilsson has become an expert in implanting single chamber, wireless pacemakers. He was called upon again to test the dual chamber version as part of the clinical trial for the Abbott Aveir DR Leadless (wireless) Pacemaker System.

The dual chamber wireless pacemaker is honestly one of the most transformative technologies in cardiology. Ever.” —Dr. Kent Nilsson

With this procedure, the hospital joined the ranks of leading medical centers and universities in the country. The three locations ahead of Piedmont for the implantation were the University of Arizona, Cleveland Clinic and Cornell University.

“The dual chamber wireless pacemaker is honestly one of the most transformative technologies in cardiology. Ever,” said Nilsson. “When the dual chamber launches, it will completely change the field.”

How does a pacemaker work?

A pacemaker is a device implanted into the chest to stabilize an irregular or slowly beating heart. A traditional pacemaker is inserted through an incision in the chest and is then connected to wires (leads) that have been inserted into the heart through the subclavian vein. The device sits beneath the skin and on top of the chest muscle, and the wires deliver electrical pulses to correct the heartbeat.

In 2014, Piedmont joined a clinical trial to test single chamber leadless – or wireless – pacemakers, which are put directly into the lower right ventricle of the heart via the femoral vein and do not require the chest to be opened for implantation. Nilsson gladly came on board for the trial. 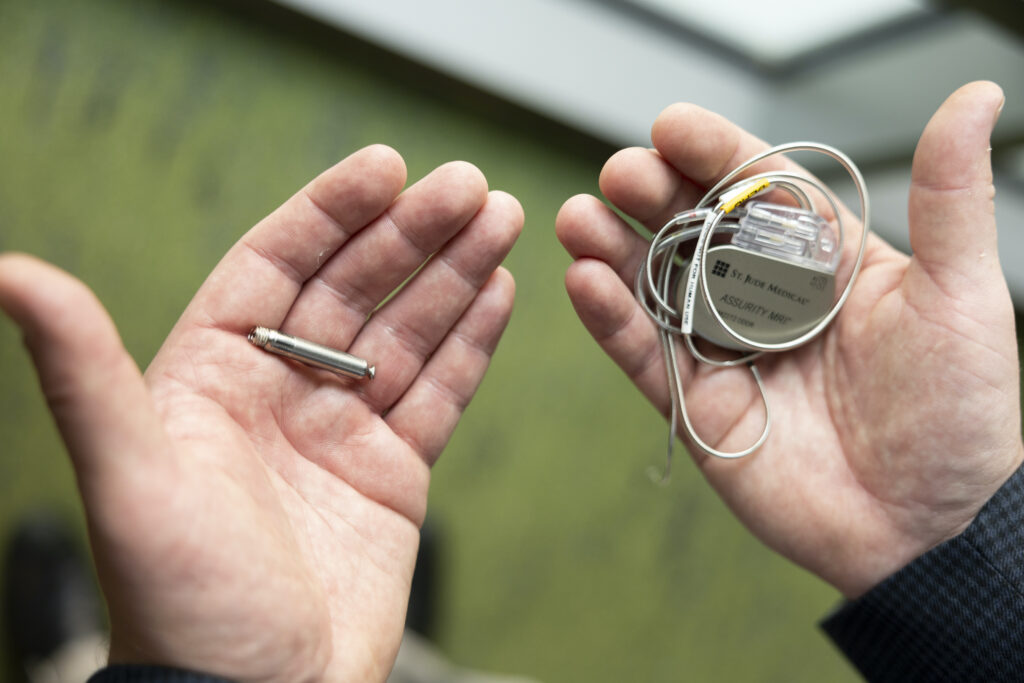 Closeup of a wireless or leadless pacemaker (left) and a traditional pacemaker (right) held in the hands of Dr. Kent Nilsson. (Photo by Andrew Davis Tucker/UGA)

Piedmont was the first center in Georgia and 15th in the country to implant a wireless pacemaker. By the time the 2014 trial for the single wireless pacemaker was complete, Nilsson had implanted over 30 devices.

Although traditional pacemakers have come a long way (the first implantation in 1958 failed within three hours and the patient went on to have 26 pacemakers in his lifetime), Nilsson said this wireless technology is the biggest advancement in the field since the invention.

The wireless pacemaker is about 90% smaller than the average pacemaker and the surgery lasts around 30 minutes. The battery life is also comparable with a traditional pacemaker’s 10-12 years and could be longer in some cases.

Patients also will not have an incision scar on the chest or a bump protruding from the skin.

“The psychological aspect of not seeing an incision or having something protruding out of your skin is beneficial,” said Nilsson. “Just being able to not broadcast to the world that there is something wrong.” 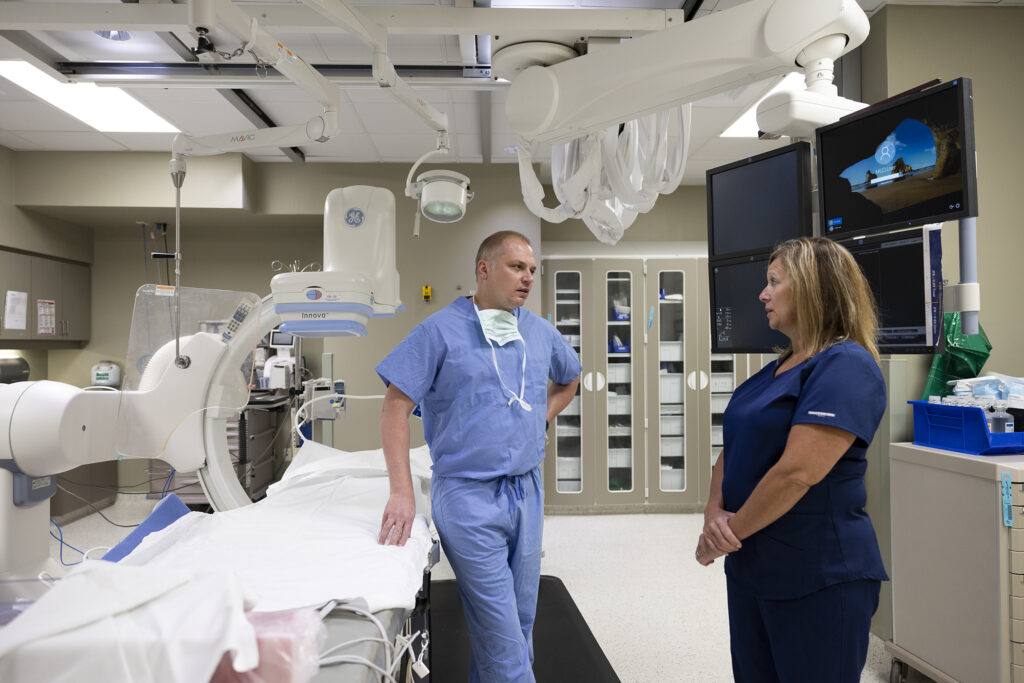 Another advantage is the elimination of several complications associated with traditional pacemakers. One in 10 patients see complications with pacemaker leads, or wires. Some also experience pocket infections, hematoma, lead dislodgment and lead fracture.

Wireless pacemaker patients will also see a shorter, less complicated recovery time. There are no restrictions with taking showers or getting the area wet, and there are also no mobility issues. Traditional pacemaker patients are not able to move their arm above their shoulder for six weeks after surgery.

“It’s same day discharge and people are up and moving around and doing everything they need to do,” said Nilsson.

The single chamber wireless pacemaker was approved by the FDA in 2016, and Nilsson is now teaching other physicians how to implant the device.

“I’m one of 10 proctors teaching close to 5,000 physicians how to implant,” said Nilsson.  “The reception nationwide has been overwhelming. Every day my Twitter is blowing up with pictures of people doing their first single chamber implant.”

First implant of the new device

Nilsson kicked off the first dual implantation of the dual chamber, wireless pacemaker in March with a meaningful milestone. “Almost eight years to the day after we implanted the single chamber, we put in the dual chamber,” he said.

Sixty-four-year-old Anna McKuhen was Nilsson’s first patient. She was the first in the Southeast to have the dual chamber pacemaker implanted.

“I am all about new technology, so when they asked if I’d like to be a part of this trial, I said sure. It sounded exciting,” said McKuhen. “The technology amazes me.”

McKuhen said she was interested in receiving the wireless pacemaker, in part, because of the greatly reduced recovery time.

“My recovery was fantastic,” said McKuhen. “I did not have any problems whatsoever. I was only confined to a week of not lifting heavy objects. I’ve had zero problems.”

Nilsson implanted four dual pacemakers by the time the trial concluded in September.

Nilsson hopes the dual chamber will be FDA approved in 2023 and widely available soon after.

“I would say this is the future of pacemakers 100 percent,” said Nilsson. “Everyone is trying to catch up at this point. This is really transformative technology.”