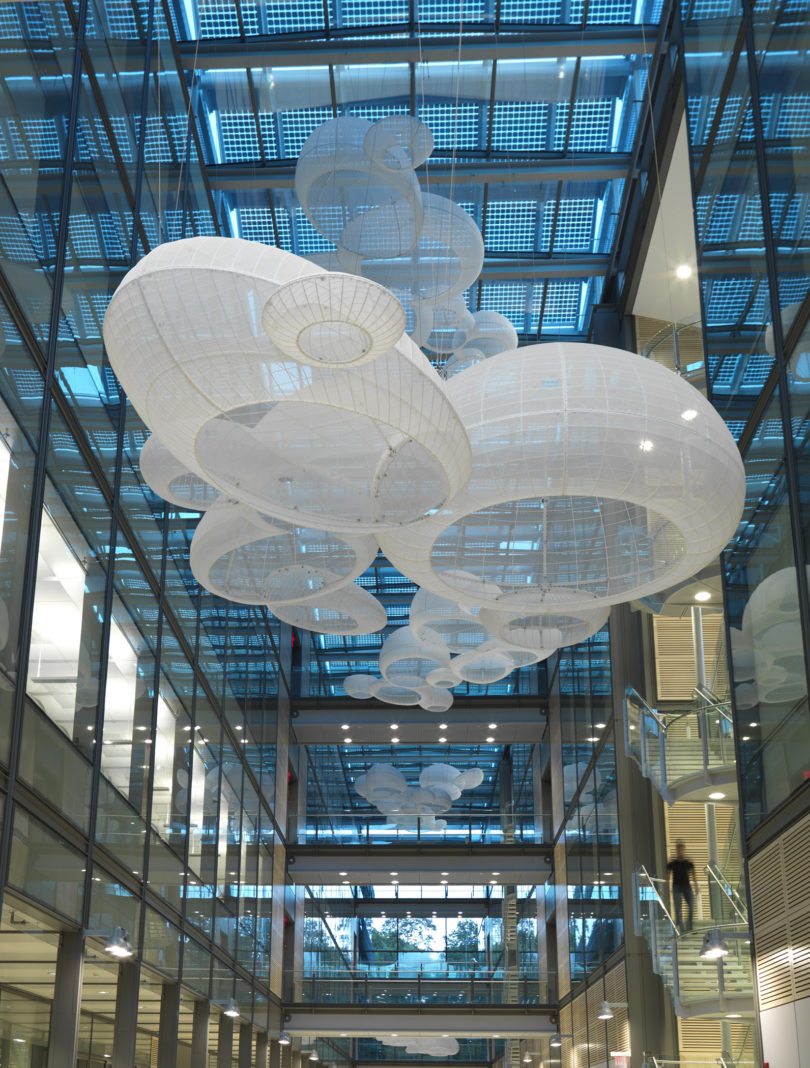 Resonance is a site-specific sculpture by Kendall Buster

The Lamar Dodd School of Art will present a lecture by fall 2013 Dodd Professorial Chair Kendall Buster Sept. 3 at 5:30 p.m. in Room 151 of the art school. The lecture is free, and the public is invited to attend.

Established to honor the first chair of what was then the UGA art department, the Lamar Dodd Professorial Chair is an annual appointment to an outstanding visual artist who has demonstrated a commitment to teaching in the studio or classroom. During each term, the holder of the chair is bestowed the rank of full professor at the university level.

Buster is a full-time faculty member in the sculpture and extended media department at Virginia Commonwealth University. Her large-scale “biological architecture” projects have been exhibited in numerous national and international venues. She has been interviewed on National Public Radio’s Morning Edition as part of a series on art and science and was the recipient of a 2005 American Academy of Arts and Letters Award in the Arts.

“Sculpture can expand beyond the idea of the making of a distinct, autonomous object and into site-responsive installation,” Buster said. “The way I work tends to engage architectural spaces, often using a variety of materials that may not be permanent, and so there is this wonderful opportunity to do all kinds of things with scale, play and volume.”

A native of rural Alabama, Buster began her education in the sciences, particularly biology and microbiology, which inform her work today.

“A lot of these pieces have accessible interiors and operate like models that transform a given architectural space,” she said. “And there are certain kinds of references to what we think of as the language of biology in that many of the materials I use really do resemble a membrane.”

Buster previously visited UGA and the School of Art in 2002 as a visiting artist. Her installation Subterrain(White Field Column) is in the former art school facility on Jackson Street. Other projects can be viewed at http://www.kendallbuster.com.