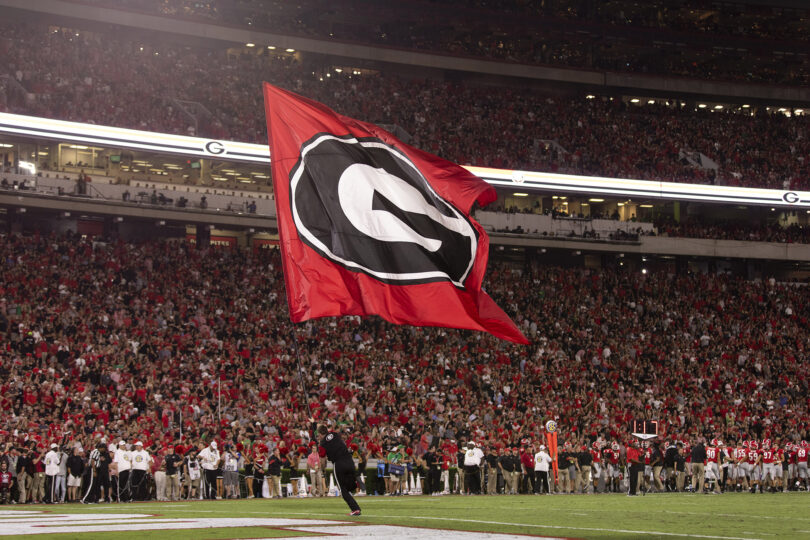 UGA’s goal for its inaugural giving day was 1,785 gifts, but overwhelming support pushed the campaign past its first goal, a second goal of 3,318 and even a third goal of 6,000.

“I’m so grateful to everyone who contributed to this astonishing result, and I want them to know that they are part of more than just a successful fundraising effort,” said Kelly Kerner, UGA vice president for development and alumni relations. “They are now part of a student’s journey to Athens, a community solving local issues through UGA research, a team of students and faculty finishing a project that puts them on the national stage. All these things and many more are made possible with the help of our donors.”

Georgia Giving Day generated $5.3 million in new funding, with gifts going to each of UGA’s 18 schools and colleges. Donors came from 50 states and 16 countries.

Some donors did more than donate, however. UGA alumni chapters across the U.S. organized events for Georgia Giving Day that encouraged attendees to make gifts while participating in a variety of activities. Events from St. Louis to Dallas to Savannah to Boston saw Bulldogs giving back while bowling, brunching, wine tasting and more.

“When Bulldogs come together, our wins extend beyond the football field into the very heart of what UGA stands for: a better quality of life for everyone,” said Smart in a Georgia Giving Day promotional video. “With all of the Bulldog Nation working together, there’s no limit to who and where we can help.”

Students played a notable role in the day’s success through the annual Senior Signature campaign, which allows graduating students to have their names included on a plaque in Tate Plaza with a $30 gift supporting UGA and the school or college of their choice. The campaign’s final day was March 31, and thanks to Georgia Giving Day efforts, it acquired nearly 22 percent of its student donor goal in a single day.