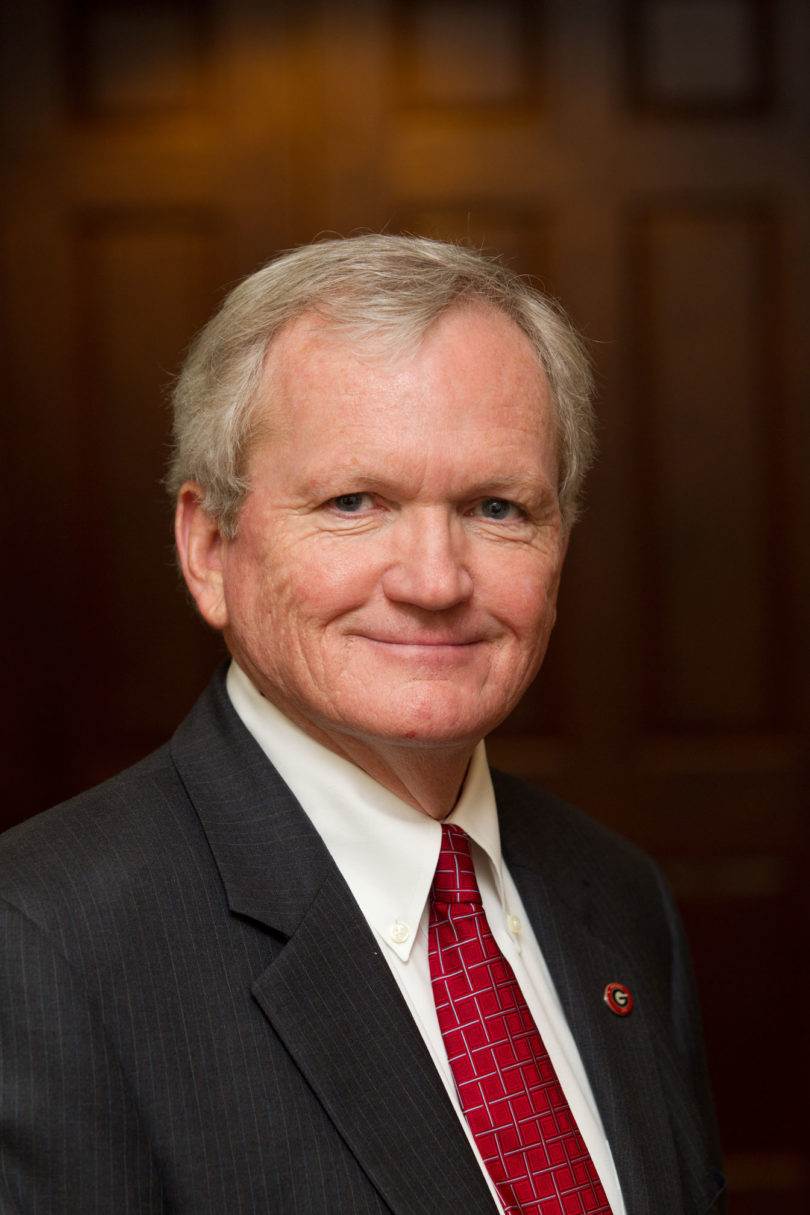 Athens, Ga. – J. Griffin Doyle, who has served as the University of Georgia’s director of federal relations since 2003, was appointed today to the position of vice president for government relations, President Michael F. Adams announced. Doyle has served as interim vice president since his predecessor, Steve W. Wrigley, was named executive vice chancellor of the University System of Georgia in July.

Doyle, who holds both bachelor’s and law degrees from UGA, has more than 30 years’ experience working in Georgia government, industry and education. Prior to becoming federal relations director, he was UGA’s associate vice president for economic and community development. He previously served as associate director of the Carl Vinson Institute of Government and as director of UGA’s Regional Economic Development Partnership.

Prior to joining UGA’s staff, he was president of the Georgia Public Policy Foundation, assistant commissioner and executive assistant to the commissioner of the Georgia Department of Community Affairs, regional director of government and community relations for the Fort Howard Corp., deputy chief of staff to Georgia Gov. George Busbee, and an assistant U. S. attorney for the Northern District of Georgia.

“Griff Doyle’s depth of experience in the state, federal and local governmental arenas will make him a strong and effective advocate for the university’s interests,” Adams said. “He is well-known and respected among our elected representatives nationally and in the state and will do an outstanding job of representing UGA’s needs and aspirations in Washington and Georgia.”

The vice president for government relations oversees the university’s liaison with federal, state and local governmental officials, with each area being under a director.

He helped develop the university’s residential Washington Semester program that places 40 interns annually in the nation’s capital, and worked with summer internship programs of the Honors Program and the College of Agricultural and Environmental Sciences.

Doyle established an ongoing program of UGA administrator and faculty visits to Washington, and likewise coordinated visits to campus by federal elected officials, staff and agency representatives to help tell UGA’s story. He has worked in the Council of Government Affairs of the Association of Public and Land-grant Universities on legislative and regulatory issues affecting higher education.

He has taught two freshman seminars in recent years on “Government: The Human Element,” designed to give first-year students insight into the human dimensions of campaigns, working on governmental staffs, legislation, communications and public policy.