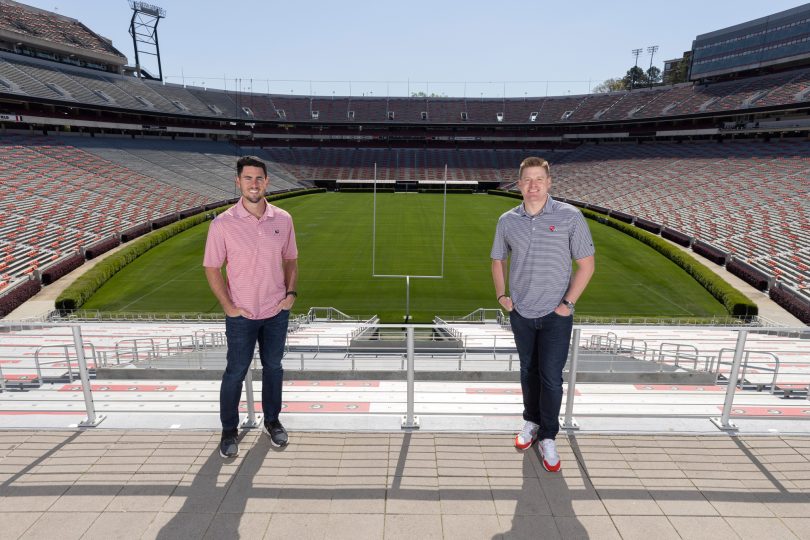 Dooley Field at Sanford Stadium is a comfortable home away from home for former Bulldog stars Aaron Murray BS '12 (left) and Drew Butler ABJ '11, MS '13. There was a learning curve involved with the podcast world. Fortunately for them, Punt and Pass is already a huge success and its audience is growing. (Photo by Peter Frey/UGA)

These two former Georgia Bulldog greats—Butler as a punter and Murray as a quarterback—now co-host Punt & Pass.

Tell me about your student experiences at UGA.

Drew Butler ABJ ’11, MS ’13: I absolutely loved my time at Georgia. I was fortunate to be in Grady College, one of the best journalism schools in the country. I also enjoyed being a football player. Georgia football is different than anywhere else; it’s a true brotherhood.

Aaron Murray BS ’12: I came from a different background than Drew. I grew up in Tampa and knew nothing about the Bulldogs. When I came to Athens, I fell in love with the campus, downtown, and the facilities. So, I took a leap of faith, and it was the best decision.

What led you to come together to create the podcast?

Butler: Looking at the podcast landscape, there was a void in the voice of recent players. There were guys who played in the ’80s or ’90s but not guys who had played just a couple of years ago in these stadiums, for these coaches, against these teams. I called Aaron and said I want us to talk about Georgia football, the SEC, and the biggest games in college football from a player’s perspective. Two days later, he said let’s do it.

Murray: Going to journalism school, Drew was more versed in the media world. I had obviously done lots of interviews, but I was always the one answering questions. It’s a different world when you’re having to discuss topics and be entertaining.

Are you more critical of the game and its players now as podcasters than you were when you were playing? 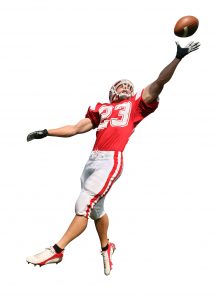 Murray: I’m very nit-picky, but I was always like that with myself. So, that’s how I approach my job. People expect you to be honest. If a guy had a terrible game, we’re going to say he didn’t play well. You try to end on a positive note, but honesty is everything.

Butler: I like to think of things outside the box and focus on the things that determine outcomes of games. We balance each other out well in that regard.

Do you have a favorite episode of your podcast?

Butler: We’ve hosted Trevor Lawrence, Maria Taylor, David Pollack, Sean McDonough—getting those guests is what’s fun for me. But my favorite episodes were our live podcasts before UGA’s National Championship run. Those were really good memories.

What are you hoping for in the future for the podcast?

Murray: Some people just want content about the Georgia game. So that’s something we want to continue putting out there in small bits for people to digest on Instagram and Twitter.

Butler: There are a lot of podcasts out there, but none that are doing what we’re doing. The credibility we have, the guests we host, the opinions that we bring. I would never try to box us out of anything because I think we’re that good of a combo. 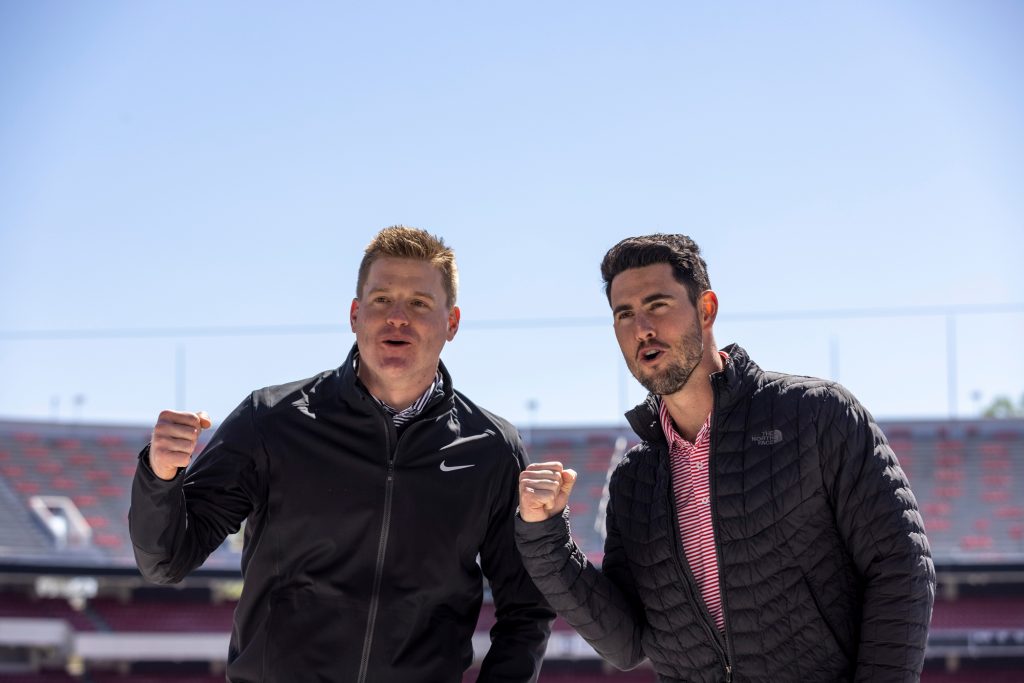 Drew Butler and Aaron Murray starred in college and in the NFL, but they are fans too. That fandom comes through in their podcast, Punt and Pass. (Photo by Peter Frey/UGA)