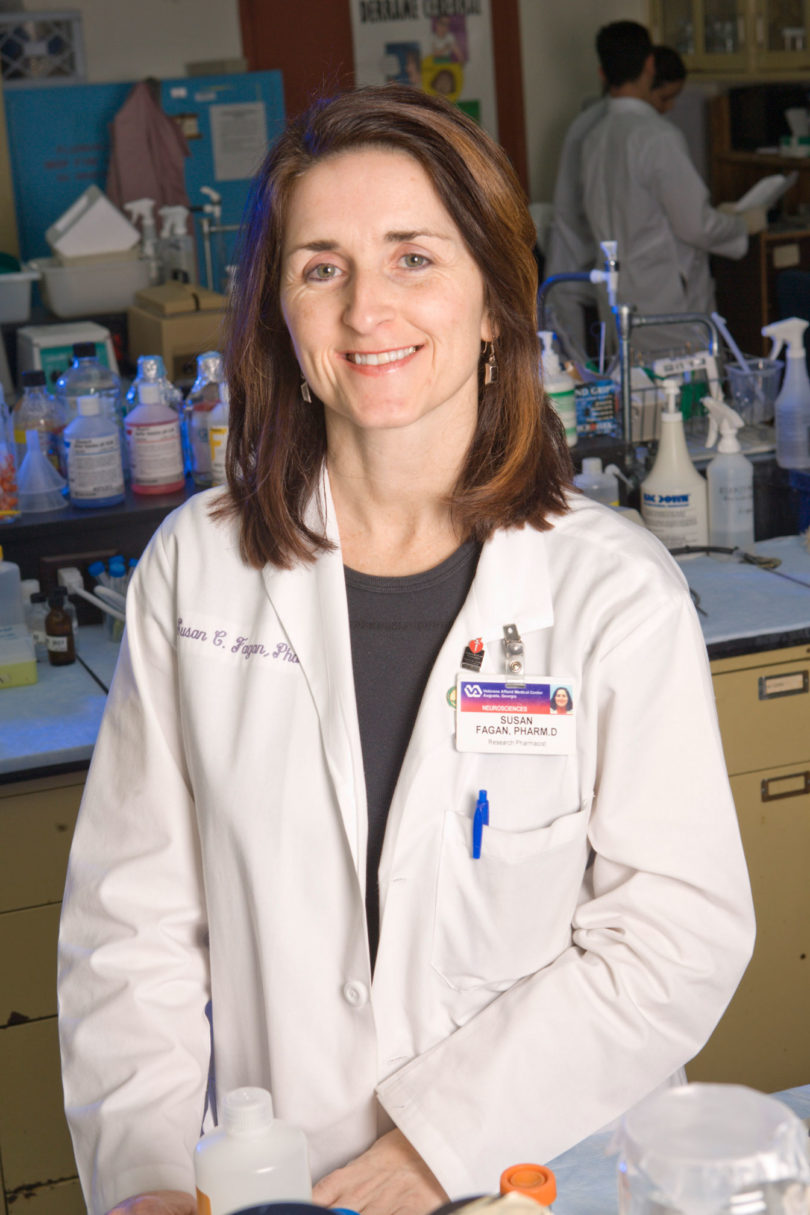 A commonly prescribed blood pressure-lowering medication appears to kick start recovery in the unaffected brain hemisphere after a stroke by boosting blood vessel growth, a new UGA study has found.

The discovery, based on a study using rats and published recently in the journal PLoS ONE, occurred because the team, led by Susan Fagan, professor of clinical and administrative pharmacy in the College of Pharmacy, struck a new path in stroke research by examining the healthy side of the brain after the stroke occurred.

“I’m very excited because I think we can harness the restorative properties of the contralesional hemisphere—the other side of the brain—with drug therapies,” Fagan said. “When most researchers study stroke they compare the animal’s side of the brain that’s damaged to the opposite side, assuming that side is normal or not affected.”

For the study, Fagan and her team induced strokes in two groups of male Wistar rats by blocking a major artery in the brain. A third group of sham, or placebo, animals did not experience strokes so that scientists could compare healthy brain hemispheres across all groups. One group received a single dose of saline solution; the other received a dose of the blood pressure drug candesartan. The placebo group received no treatment.

Animals treated with candesartan displayed higher levels of growth factors that aid with the formation of new blood vessels in the brain, a result that confirmed that of earlier studies from the lab.

However, the study revealed a previously unobserved phenomenon: Different types of growth factors dominated different hemispheres in the brain, which suggests that candesartan could have healing properties beyond the area of damage.

“We tell patients the reason they go to rehab after  a stroke is to retrain and make new connections so that they can get function back. Maybe it’s because the other hemisphere takes over,” Fagan said. “If we could stimulate that with drug therapy and make it even more so, it would help lots of people.”