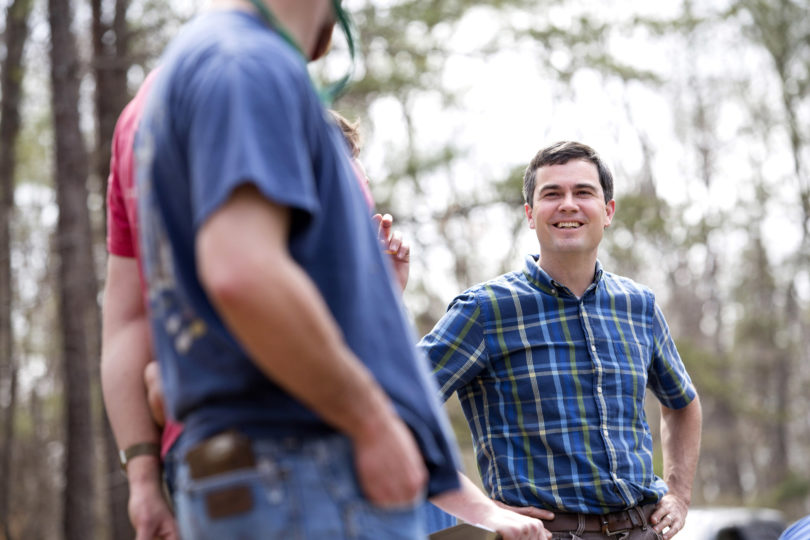 Richard Chandler is an assistant professor of wildlife ecology and management whose research aims to narrow the divide between ecological theory and application to advance knowledge about wildlife population dynamics and enhance conservation efforts.

His unique approach fuses theoretical models with hierarchical statistical models to understand how populations respond to environmental change and management.

In addition, Chandler is co-inventor of open-source software used by thousands of wildlife ecologists around the world to study the abundance and distribution of focal species. His quantitative focus has enhanced his core ecological research, which includes studies of population dynamics at range margins, in fragmented habitats and in agricultural landscapes. His accomplishments have contributed to wildlife management in Georgia and throughout the Southeast.

Sun Joo “Grace” Ahn is an assistant professor in the Grady College of Journalism and Mass Communication studying how user experiences in virtual worlds shape and transform individual attitudes and behaviors in the physical world.

Ahn was among the first in her field to call attention to the need to re-examine and extend classical theories and models of persuasion and communication in a digital era. Her work, which has advanced the scholarship of persuasive communication by integrating communication, psychology, computer science and public health, makes unique and timely contributions to understanding how virtual reality systems can impact attitudes and behaviors of children and adults in ways that were difficult or impossible with traditional media systems.

Ahn is widely recognized as a rising star of her field.

Jamie Kreiner, assistant professor of history, is an accomplished historian of the early Middle Ages.

Her research focuses on the mechanics of culture, including how medieval communities themselves thought that knowledge and commitments were communicated, adopted and affected by other forms of power.

Kreiner’s first book, The Social Life of Hagiography, was published in 2014 by Cambridge University Press, the most distinguished press in medieval European history.

Kreiner already has established an international reputation, and her scholarship has been praised as “path-breaking” by noted European and American historians for its inspired use of anthropology, narratology and cognitive science to draw new insights from old sources.