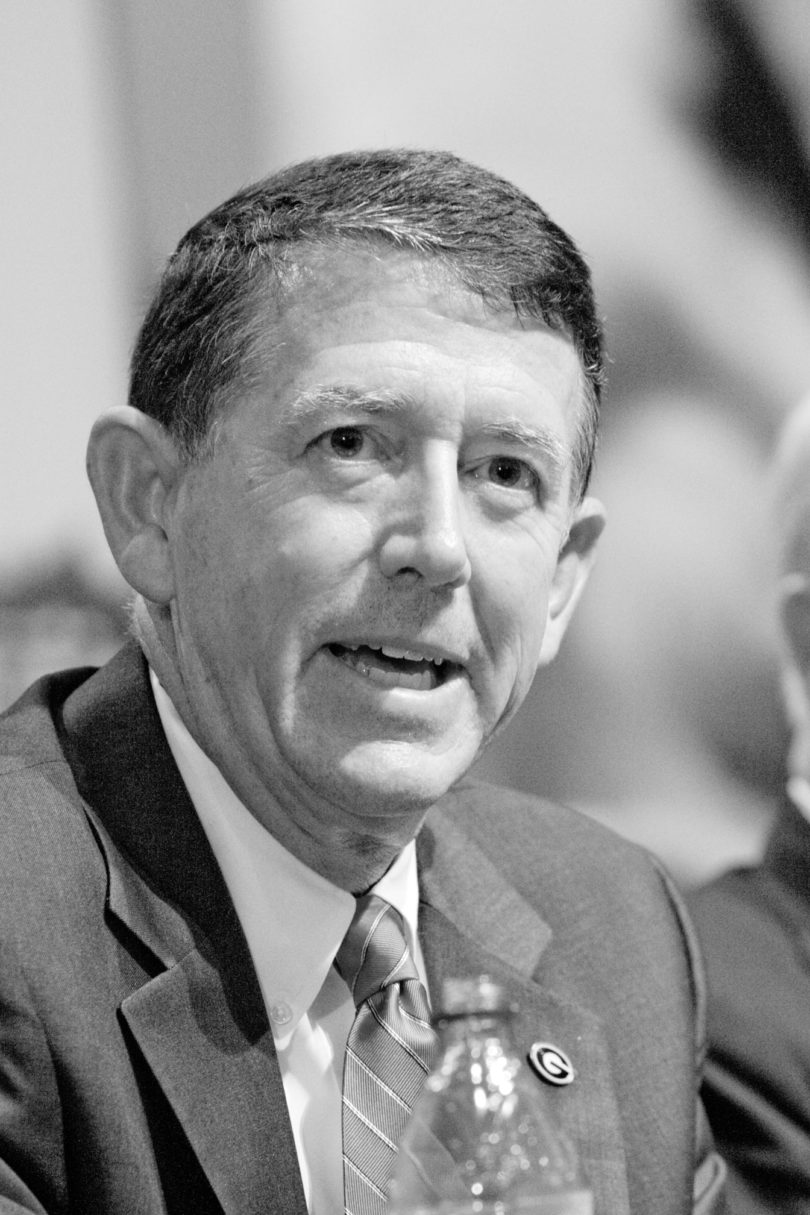 Greg McGarity, executive associate athletic director at the University of Florida, was named UGA director of athletics effective Sept. 1. McGarity was introduced by UGA President Michael F. Adams Aug. 13 at a news conference in the Georgia Center for Continuing Education.

His duties at Florida included assisting the athletic director in the daily operations of the department, assisting in preparation and approval of the annual budget and extensive involvement in long-term planning, contracts, competition scheduling and employment searches, among other areas.

Citing McGarity’s top-level experience in one of America’s most successful athletic programs, Adams said McGarity understands UGA’s desire to compete and succeed at the highest level of intercollegiate athletics while maintaining a primary focus on the needs and success of student-athletes.

“Greg McGarity is an experienced ­senior athletic administrator who has spent his entire life in athletics and athletic ­administration,” Adams said “He has been involved in major personnel decisions at Florida, and I consider hiring the right people in the right positions to be the most important function of a senior administrator.”

At Florida, McGarity has been involved in the planning and supervision of construction projects, including the expansion of Ben Hill Griffin Stadium and the William Heavener Football Complex.

“I look forward to continuing and furthering the academic and athletic excellence already exemplified by this great institution,” McGarity said. “I am excited about the opportunity to return home and to lead the athletic program at my alma mater, and particularly to work with our students, athletic staff, the UGA administration, faculty, staff, alumni and supporters.”

“Greg McGarity is an outstanding choice to be the athletics director at the University of Georgia,” said SEC Commissioner Mike Slive. “He has a deep appreciation for the history and traditions of the Southeastern Conference and has been a significant contributor to the conference for many years.”