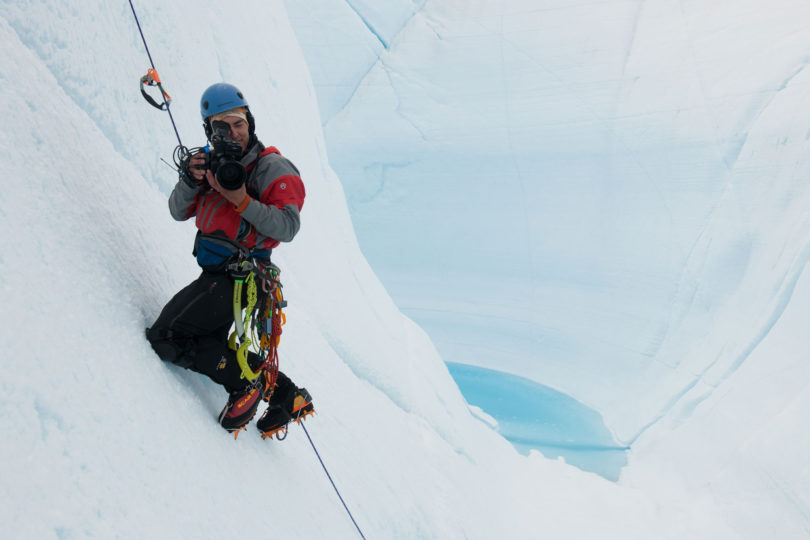 in the summer of 2007. (Credit: James Balog/Extreme Ice Survey)

On Feb. 16, the inaugural Jekyll Island Green Screen will feature a screening of “Chasing Ice,” an award-winning new documentary about photographing global climate change. The evening will open with a reception showcasing coastal research at 5:30 p.m., followed by the film and a panel discussion at 6:30 p.m. All events are free to the public and will be held at the Jekyll Island Convention Center, 75 North Beachview Drive.

Directed by acclaimed filmmaker Jeff Orlowski, “Chasing Ice” is the story of one man’s mission to change the tide of history by gathering evidence of the changing environment. National Geographic photographer James Balog and a band of young adventurers set out into the Arctic with groundbreaking time-lapse cameras in tow, capturing the brutal and changing climate of the frozen tundra. Their years of footage were then compressed into in an 80-minute film.

Jekyll Island hotels are offering discounts for Green Screen attendees. The hotels included are listed below.