In Georgia, there are around 14,000 children in foster care and another 36,000 have been identified as experiencing homelessness.

The program gives students from the foster care system and those experiencing homelessness the resources they need to succeed.

Margaret* hates the word homeless. But when she transferred to UGA in fall 2014, that’s exactly what she was.

Her father had been diagnosed with a terminal illness earlier that year. Doctors told the single parent he had less than a year to live, causing him to fall into a deep depression. He stopped paying the bills, and the bank foreclosed on the family’s house. 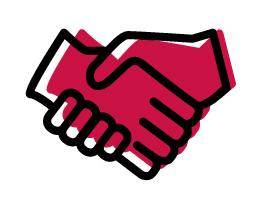 The stress of working two jobs, going to school full time, and trying to make ends meet finally got to be too much. Margaret decided that maybe college just wasn’t in the cards for her.

Then she found Embark.

Launched in 2012 by UGA’s J.W. Fanning Institute for Leadership Development, Embark Georgia is a statewide network designed to identify former foster care or homeless college students and connect them to the resources they need to earn their degrees. Embark partners with representatives from numerous state and social service agencies to provide financial aid and other assistance to help students attend—and afford­—college.

“Students who have been in foster care are far less likely to graduate from college than the rest of the general population,” says David Meyers MSW ’96, one of Embark’s network directors along with Lori Tiller AB’01, MA’07. Both are faculty members at the Fanning Institute. “And we know that having a college education unlocks all kinds of opportunities in terms of income, leadership opportunities, and more. These students often don’t have the support that makes college seem like an option to them.”

In Georgia, there are around 14,000 children in foster care; about 300 of them will age out of the system this year. Another 36,000 students in Georgia have been identified as experiencing homelessness by the National Center for Education Statistics, with around 1,600 high school seniors designated as either homeless or unaccompanied, meaning they are emancipated or otherwise estranged from their parents. These students are significantly more likely to drop out of school, experience unplanned pregnancies, and end up in jail. 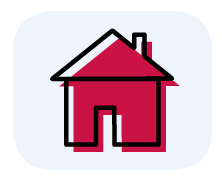 “Homeless youth and children in foster care are a very vulnerable population,” says Sara Blake Smith, homeless and foster care liaison for Fulton County. “These kids have so many obstacles stacked against them. The odds aren’t in their favor.”

Embark Georgia’s goal is to provide the support—financial and emotional—to stack the deck to ensure that students like Margaret don’t become statistics.

Collaborating with contacts like Smith in all the school districts across the state, Embark Georgia bridges the gap between high school and college for these students, giving them not only financial assistance but also connecting them to a caring adult on every University System of Georgia and Technical College System campus. That critical assistance is sometimes the difference between a student finishing a degree or dropping out.

Georgia leads the way in assigning a designated point of contact for foster and homeless students on every public university and college campus. Some schools, like UGA, have entire programs devoted to assisting these students. 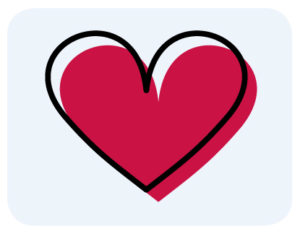 Based out of the Student Affairs Department of Student Care and Outreach, UGA’s program is called Embark@UGA. Carrie Smith, assistant dean of students for student care and outreach, runs the campus initiative and is the designated point of contact for UGA.

Embark@UGA’s goal is to provide individualized networks of support for homeless students and those who’ve been in the foster care system. Staff help students find scholarships and grants for everything from tuition to health care expenses to rent and connect them to on-campus services like the UGA Student Food Pantry and Bulldog Basics, a free supply closet in Dawson Hall stocked with detergent, toothbrushes and toothpaste, toilet paper, and more.

“David was the one who told me to finish my degree, that it’s something no one can take from you once you have it,” Margaret says. “He was the support system I could call on if I needed anything. Having Embark and people like David, it made a world of difference for me.” 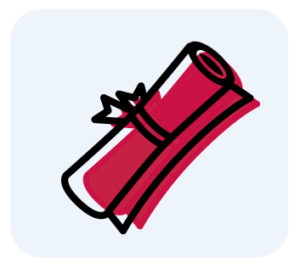 Margaret graduated with a degree in public relations in 2017. She now works for a nonprofit that connects youth who have been in foster care to scholarships and college preparatory programs. Embark helped Margaret’s college dreams become a reality. Now, she’s doing the same for others.

* To protect her family’s privacy, Georgia Magazine is using only Margaret’s middle name.