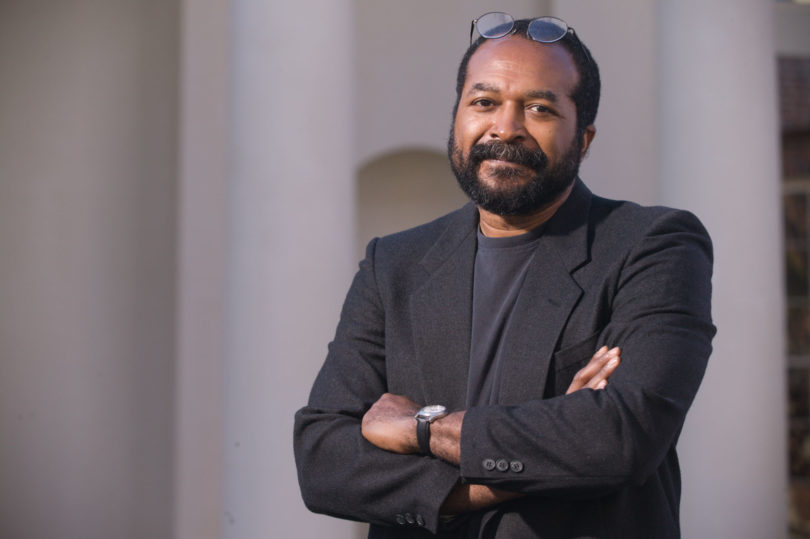 Reginald McKnight is not the English instructor who forced you to diagram sentences. He is UGA’s first Hamilton Holmes Professor, a new chair that honors the legacy of one of the first two African Americans to integrate UGA in 1961. When McKnight, an acclaimed author and winner of the Pushcart Prize, jokes with his class, which is often, his eyes squint with glee, and he is genuinely in on the joke. His presence is relaxed, avuncular.

“It’s easy to teach writers to write, but nearly impossible to teach those who can’t,” says McKnight, who also teaches African literature. Among his favorite classes are “White Writers, Black Characters” and “Cross-Racial Literature,” because they force students to step outside their comfort zones.

“As the teacher, you’re always tempted to just write the story for the student, but you can’t-because every story is a road of discovery,” he says. “There’s a kind of spiritual element to all mediums of art. Besides, this is not a trade school and we’re not here to put out craftspeople. We’re in the business of creating better readers-whether they be of literary stories, news broadcasts, or political debates.”

When these modern students, whose minds are often trapped in a labyrinth of GREs, LSATs, MCATs and future dollar signs, shed their grade-point pressures in pursuit of ­humanistic and artistic deliberation, it is a tribute to McKnight. It is also precisely why UGA lured the author of two novels, three short story collections and two edited volumes from the University of Michigan to fill an academic chair that represents the university’s dedication to diversity and openness.

“He allows us to think for ourselves,” says Melissa Golden, a sophomore international affairs major from Atlanta. “And because of that, you don’t kill yourself to meet the highest expectations. He just makes you want to get there for yourself.”

For McKnight, the Holmes appointment is significant for both historical and personal reasons.

“As a kid, I marveled at the courage of pioneers like Holmes and [Charlayne] Hunter-Gault,” he says. “Holding this chair is like rubbing elbows with the greats.”

By the time he was 16, McKnight had attended 15 schools, mostly in the western United States, around the Air Force bases where his father was stationed. But he was also schooled in the deep South, where he attended one segregated school and others that he and his three ­siblings integrated.

“America has made blacks the spokespeople for race-but that’s not my role,” he says. “When I write, I am typically writing to one person, be it my mother or someone else. I use a bow and arrow rather than a shotgun approach when identifying my audience. I’ve lived a very peripatetic life. I have gained a lot of friends and lost quite a few, and sometimes it feels like my writing is simply a message in a bottle and the hope that those friends get it.”

Asked about his next book, McKnight will only say (for fear of losing steam with too much talk) that it will be set in the 1940s, different from his past work.

On the subject of where he thinks he is as a writer, he replies, “I get better book after book. I still haven’t reached my potential-but I think talent is finite. I think I have about five books left in me. After that I’m going to do like Artie Shaw and turn my clarinet into a lamp.”

(Note: This profile was adapted from a story published earlier in Georgia magazine.)