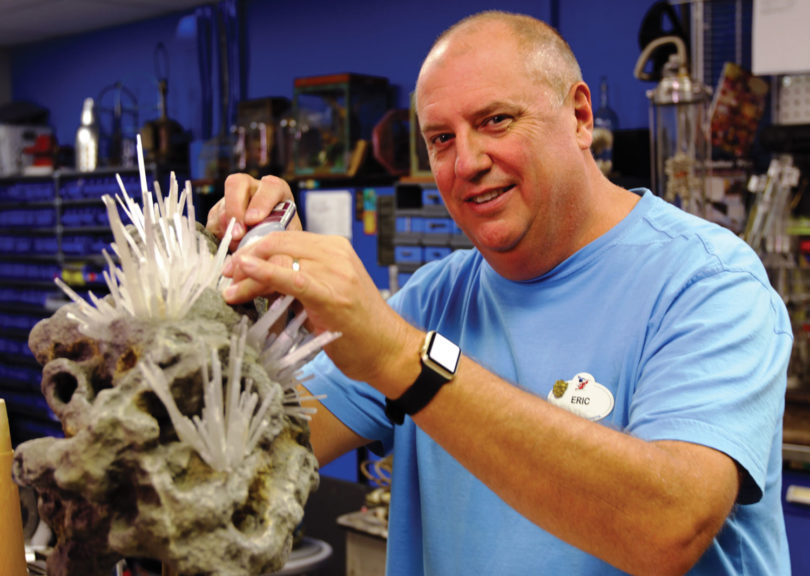 UGA alumnus Eric Baker ABJ '90 grew up with Star Wars. Now, he is overseeing construction of thousands of props for the immersive Star Wars: Galaxy's Edge Disney theme parks, opening in May in California and this fall in Florida.

A long time ago in a galaxy not so far, far away …

A young Eric Baker ABJ ’90 was making his own Star Wars playsets because store-bought versions weren’t good enough. The son of an art teacher and a building contractor, Baker made his own Yoda masks from forms he sculpted, molded, and casted with help from his mom.

“I love taking these worlds and bringing them from film to something people can actually go see and touch and really be a part of,” he says.

Baker attended the University of Georgia where he studied telecommunications and theatrical design. He knew he wanted to make films, so he learned model building, special effects, and set design through his course work. As a student, his first job in the industry was at Cable 13 doing Larry Munson’s makeup for his Tuesday night show.

After graduation, Baker found work at Nickelodeon doing props on the hit show Clarissa Explains it All, coming up with games to gross people out for Double Dare, and testing pool games for Nickelodeon Guts.

That led to other film and TV work including The Mickey Mouse Club, Sesame Street 3D Movie, Bad Boys 2, and the Tom Hanks mini-series From the Earth to the Moon(which earned Baker an Emmy nomination).

But after 20 years in film production, the industry was changing, so Baker took an entry level model-building job with Universal Studios’ creative department.

The Wizarding World of Harry Potter

They asked him to build a castle—which turned out to be Hogwarts. For the next two years, Baker built concept models for Universal’s Harry Potter theme parks in Orlando, California, and Japan.

The worlds are fully immersive, from taking the Hogwarts Express train from Platform 9 ¾ to drinking a cold butterbeer on the giant benches of the Leaky Cauldron. The worlds are layer upon layer, from haunted portraits to fountains that come alive with a souvenir wand.

The work Baker did for Diagon Alley in Orlando (which has 106,000 props) was such a game changer that the Themed Entertainment Association created a new award for it: the Paragon award, which won’t be awarded again until someone tops the Wizarding World of Harry Potter.

And Baker is up to the challenge. 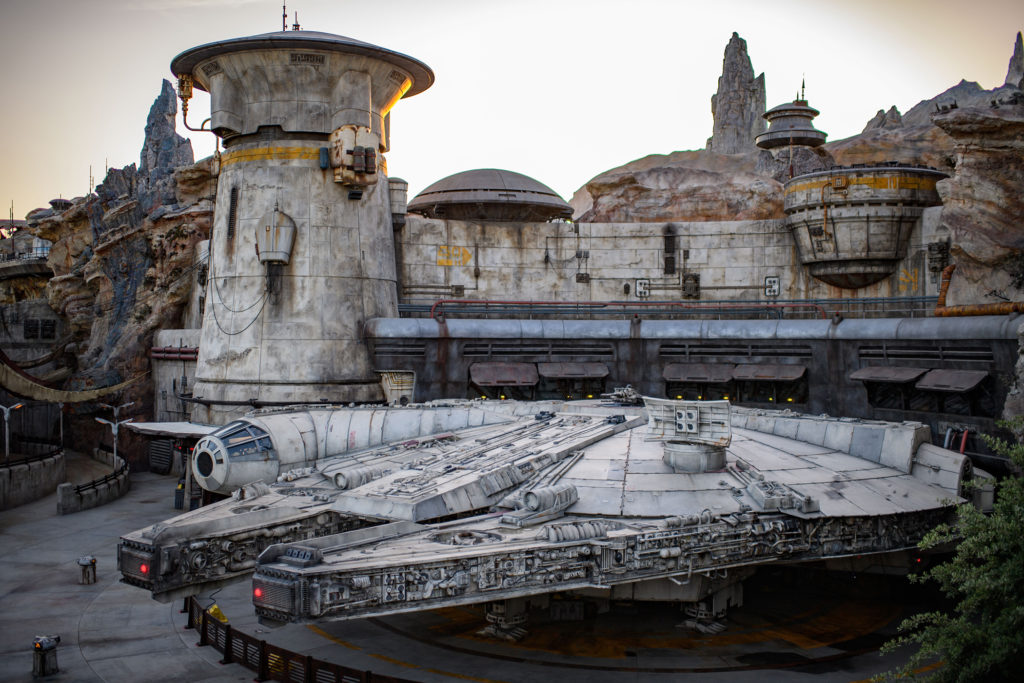 The Millennium Falcon is on display at Star Wars: Galaxy’s Edge at Disneyland Park in Anaheim, California. Eric Baker and his teamed worked on the props for the park. (Photo by Richard Harbaugh/Disney Parks)

Disney took notice of Baker’s work and offered him the job he’d dreamed of since he was a young Padawan: Star Wars. Now he’s overseeing construction of thousands of pieces of props and set dressing for the immersive Star Wars: Galaxy’s Edge, which means a lot of flying between Florida and California (commercial, not on an X-wing).

He’s visited the Star Wars film sets and Skywalker Ranch where he photographed some of the original props from the film, which was another dream come true for him. “Star Wars changed my life,” he says.

But ultimately, his job comes down to using the Force for good.

“I love going to work in the morning to see the look on kids’ faces the first time they come into the park. That’s the most rewarding thing I do: making people happy.” 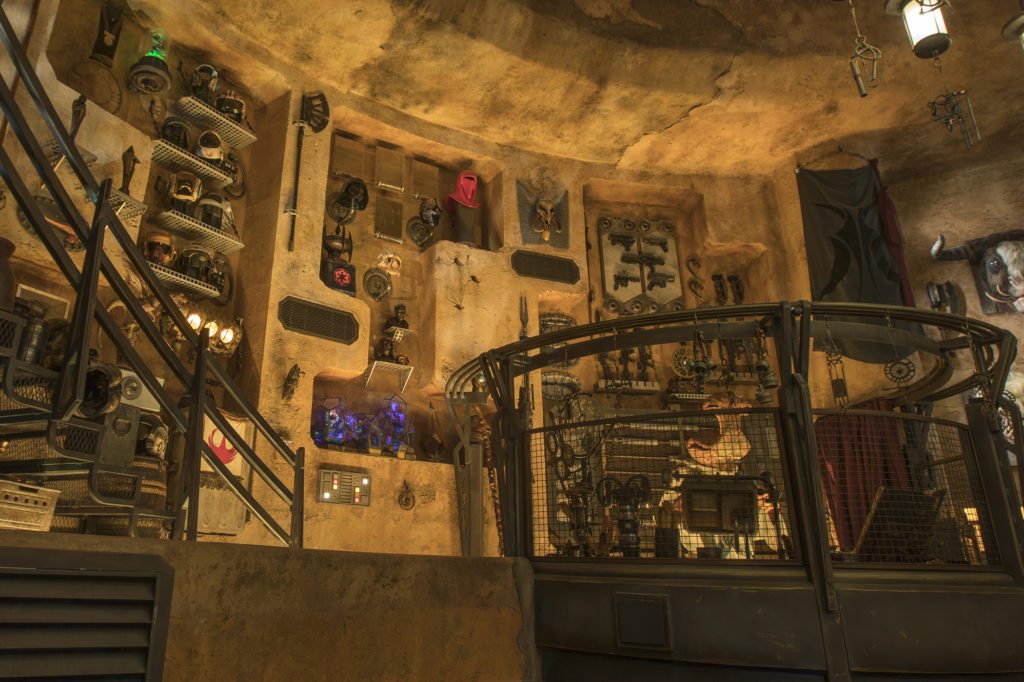