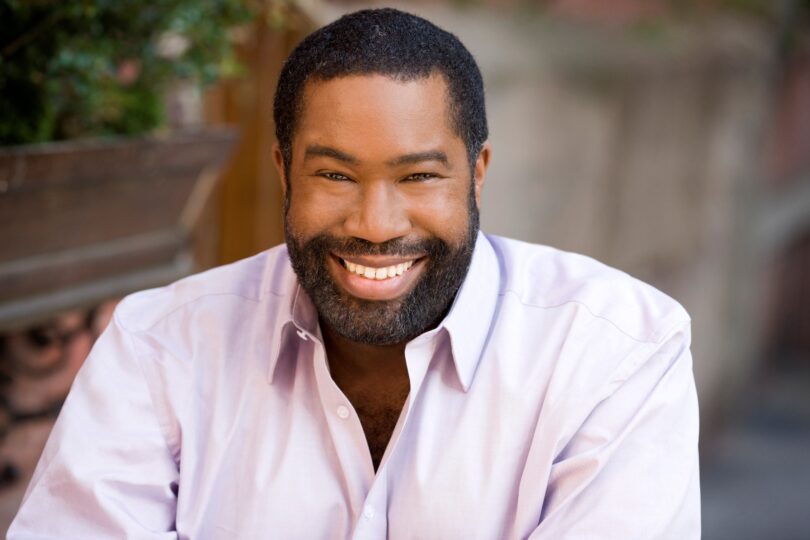 What do Porgy, Hercules and the Norse god Wotan have in common? They’ve all been portrayed by big-voiced American bass-baritone Eric Owens.

A frequent star of the Metropolitan Opera, Owens is sharing the Hodgson Concert Hall stage Oct. 13 at 7:30 p.m. with students from Philadelphia’s elite Curtis Institute, where he serves as director of vocal studies and the Curtis Opera Theatre. Tickets start at just $25 and are $10 for UGA students; parking is always free.

Joining Owens in this performance are student singers—soprano Sarah Fleiss, mezzo-soprano Lucy Baker and tenor Joseph Tancredi—and pianists Miloš Repický and Ting Ting Wong. The vocal quartet will perform gems from the art song repertoire, anchored by Brahms’ lilting and pensive “Neue Liebeslieder” waltzes for four voices and four-hand piano. After intermission, the singers present thrilling ensemble pieces and bittersweet Broadway numbers, including “If I Loved You” from “Carousel.”

Owens has a unique reputation as an esteemed interpreter of classic works and a champion of new music. Equally at home in orchestral, recital and operatic repertoire, Owens has brought his powerful poise and expansive voice to stages around the world in the 25 years since his own graduation from the Curtis Institute.

At the Metropolitan Opera, Owens has appeared in leading roles in Dvorák’s “Rusalka,” Mozart’s “Idomeneo,” Strauss’s “Elektra” and John Adams’ “Doctor Atomic”; and as Alberich and Hagen in Wagner’s “Ring” cycle. He is in the midst of a “Ring” cycle as Wotan/Wanderer for the Lyric Opera of Chicago, where he has also appeared in Gershwin’s “Porgy and Bess” and Dvorák’s “Rusalka” and serves as a community ambassador. He appears regularly in leading roles at LA Opera, San Francisco Opera, Houston Grand Opera, Washington National Opera and the Glimmerglass Festival, where he is artistic advisor.

Curtis on Tour is the Nina von Maltzahn Global Touring Initiative of the Curtis Institute of Music. Grounded in the school’s “learn by doing” philosophy, tours feature extraordinary emerging artists alongside celebrated alumni and faculty.

This performance is the first in a set of memorable vocal concerts in this UGA Presents season. On Oct. 27, Hodgson Concert Hall welcomes the Belgian early music ensemble Vox Luminis, with a program of music by members of the Bach family. The Atlanta Symphony Orchestra and Chamber Chorus appear Dec. 21 with the Christmas portion of Handel’s “Messiah” and other seasonal works. And the celebrated men’s ensemble Chanticleer makes a return visit to Athens on March 2, 2023.