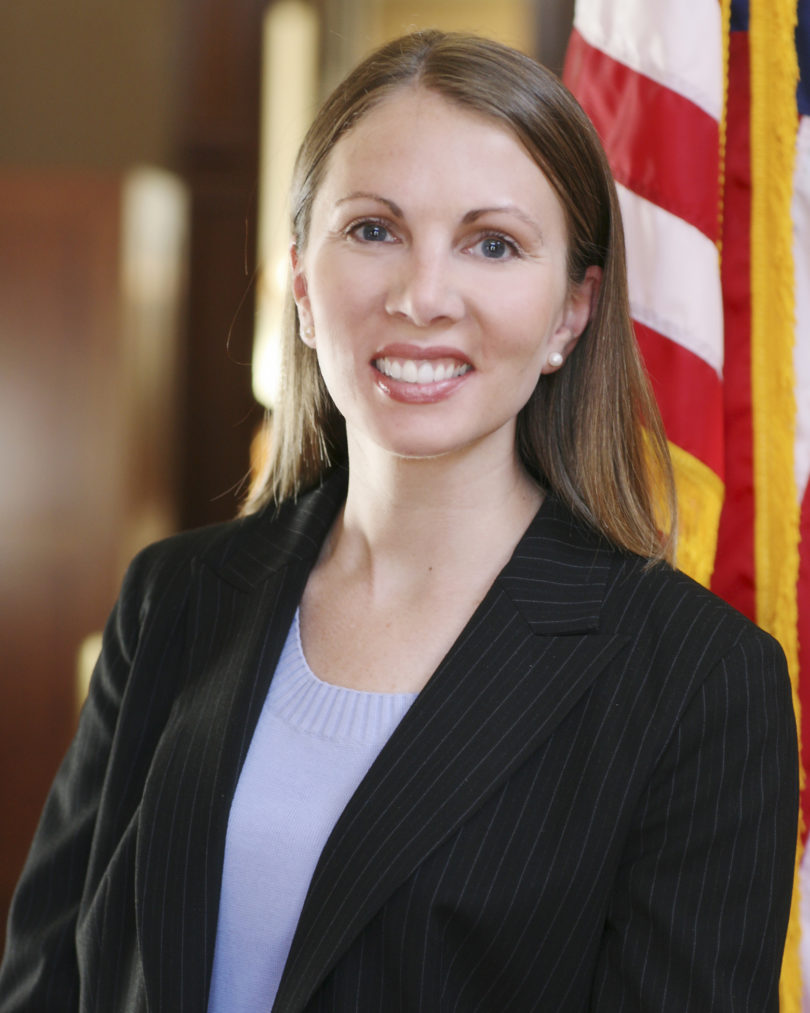 Georgia Law Dean Peter B. “Bo” Rutledge expressed his gratitude for the Evans gift. “This level of contribution from a single individual has the power to change the lives of future students,” he said. “Leadership giving of this nature can make the difference between a student’s ability to attend law school or having to give up that dream. This investment demonstrates Stacey’s faith in Georgia Law, in the quality legal education we provide and in the young men and women who are following in her footsteps. I am very thankful for her loyalty and support. She is a true example of the law school’s mission to instill in our graduates a commitment of service to our state and nation.”

Evans said her education at UGA has had a profound impact on her life, and her recent involvement with the representation of whistleblowers in a lawsuit against DaVita Healthcare Partners, a dialysis chain, aided her ability to make a contribution to her alma mater.

“I cannot-and do not want to-imagine my life without my degrees, and I know how close I was to being without them,” Evans said. “The financial resources simply weren’t there. I felt like I was constantly living on the edge of my financial ability to stay in school. With this gift, I hope to take some of the financial stress off of the shoulders of bright and accomplished students who are shooting beyond expectations and working to obtain their law degrees. And more than the dollars, I hope the scholarship serves as a signal to students breaking their family molds that they are valued and not only wanted, but sought after, at Georgia Law.”

Evans was born and raised in Ringgold. She is the daughter of mill workers who struggled to make ends meet and, according to Evans, instilled in her the value of hard work. They encouraged her to obtain a college education. While pursuing her undergraduate degree in economics at UGA, she qualified for the HOPE Scholarship, secured grants and loans, and worked as a waitress. In 2000, she became the first in her family to earn a college degree. She attended Georgia Law and fulfilled her dream of becoming an attorney in 2003. She excelled in law school, serving as a member of the Georgia Law Review and graduating with honors. She also met her future husband, Andrew C. Evans, and they married in 2004.

Evans specialized in securities litigation for eight years before becoming a small business founder and owner as a partner in the law firm of Wood, Hernacki & Evans, where she took on health care giants in Medicare fraud cases and represented individuals in defamation cases. Last fall, Evans launched her solo law practice.

Elected to the Georgia House of Representatives in 2010, Evans currently serves on the Rules, Appropriations, Judiciary, Juvenile Justice and Interstate Cooperation committees.

She is chair of the board of directors for the Smyrna Public Safety Foundation and serves on the boards of the Cobb County Library Foundation and the Communities in Schools of Marietta/Cobb County organization. She is also a member of Georgia Law’s Law School Association Council and a member of Kennesaw State University’s political science advisory board. Previously, she was a two-term statewide president for the Young Democrats of Georgia.

A broad range of groups have recognized Evans for her legislative work. She was the Georgia Trial Lawyers Association Legislator of the Year in 2014 and the Cobb County Democratic Women Legislator of the Year in 2013, in addition to being the recipient of Creative Loafing recognitions such as the Best State Elected Official in 2013, the Teach Your Children and Colleagues Well Award in 2013 and the Super Woman Award in 2012, when she returned to the legislative session just one week after giving birth to her daughter. The Cobb County Democratic Party presented her with the Joe Mack Wilson People’s Champion Award in 2013, and the Georgia Water Coalition recognized Evans for her 2015 work to protect the marshes of South Georgia.

She was named to the Atlanta Business Chronicle’s Up and Comers/Under 40 and Rising: 50 of Atlanta’s Most Promising Young Stars list in 2004. She was also selected for UGA’s 40 under 40 in 2012. Most recently, the Daily Report named her to its On the Rise 40 Under 40 list.

UGA School of Law
Consistently regarded as one of the nation’s top public law schools, Georgia Law was established in 1859. Its accomplished faculty includes authors of the country’s leading legal scholarship. The school offers three degrees-the Juris Doctor, the Master of Laws and the Master in the Study of Law-and is home to the Dean Rusk International Law Center. Georgia Law is proud of its long tradition of providing first-rate legal training for future leaders who will serve state and nation in both the public and private sectors. For more information, see www.law.uga.edu.