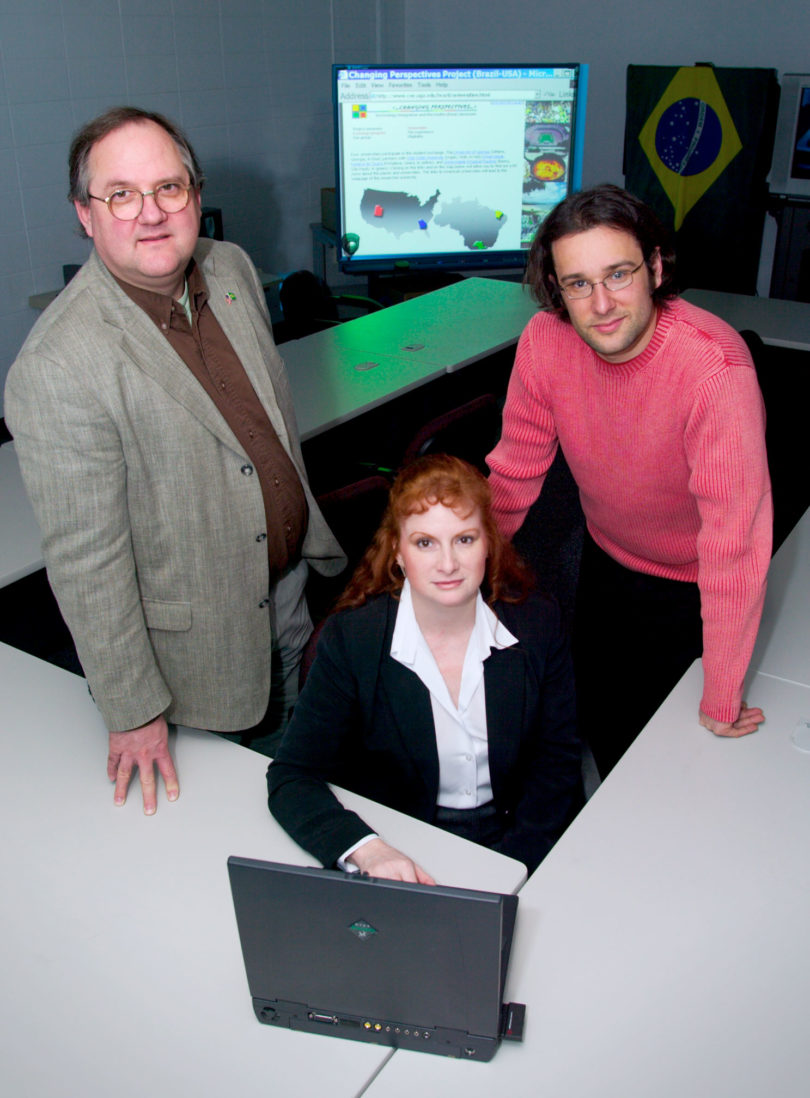 Student-centered program in Brazil focuses on technology in multicultural classroom

A team of technology experts in the College of Education is leading a student­-centered United States-Brazil exchange program that focuses on two vital forces changing the face of ­education worldwide: emerging technologies and multiple cultures in the classroom.

UGA is heading the U.S. effort in a consortium of four institutions which also includes Utah State University, Universidade Federal do Ceará (in Fortaleza, on Brazil’s northeastern coast) and Universidade Estadual Paulista (in Bauru, in the state of São Paulo).

“The teachers of tomorrow must embrace technology and diversity as forces that have the power to shift the paradigm of education,” says Michael Orey, an associate professor in instructional technology who’s directing the project.

The program will focus on designing a four-course undergraduate certificate in “Technology Integration and the Multicultural Classroom.” The overall goal, however, is to take eight undergraduate teacher-education students at each institution and help use technology to connect cultures, ­according to Tel Amiel and

Jo McClendon, two doctoral students in instructional technology who are developing the new project. The ­program will help the students gain competence in Portuguese or English and with technology for teaching. They will learn about the exchange country’s culture and spend six months studying there.

“This certificate program will better prepare our future teachers on how to use technology in the K-12 classroom as a problem-solving method while leveraging cross-cultural networks and global awareness,” says Orey. “Teaching future educators adds a lasting, exponential value to the exchange. Participants will return to their home schools as agents of change, helping others gain a multicultural perspective in education and the effective application of technology in rural and urban classrooms, in both developed and ­developing countries.”

Funding for the program comes from the U.S.-Brazil Higher Education Consortia Program, a grant ­competition run cooperatively by the governments of the two countries.

In the first of four years, the UGA-led effort is funded jointly-with a $200,000 grant from each country-through the U.S. Department of Education’s Fund for the Improvement of Postsecondary Education and the Brazilian Ministry of Education’s Fundacao Coordenação de Aperfeiçoa-mento de Pessoal de Nível Superior. Each exchange student will pay fall tuition and any costs greater than the $4,000 each is provided through the program. UGA students must take the first two introductory Portuguese classes in advance and then will get two more in the intensive summer training that is offered by UGA’s Romance languages department in Rio de Janeiro. Students must also take an introductory computers class before leaving.

Preliminary work on the project began this past fall. Faculty from UGA and Utah State are traveling to Brazil to visit both partner institutions this month. Orey says he hopes the U.S.-­Brazil exchange will become a permanent study-abroad program in the college, one that can be replicated in other exchange programs.

With a 300 percent increase in Latino immigrants in Georgia in recent years, branching out in Latin American countries seems more important than ever, according to Orey, who has been at UGA since 1989. His research focuses on cognitive applications of technology, learning theory, motivation theory and instructional theory. Amiel is a Brazilian native and current president of the Brazilian Student Association at UGA. McClendon serves as an editor for the 2005 Educational Media and Technology Yearbook. Jay Harriman, associate director of UGA’s Office of Instructional Support and Development, is the project evaluator.