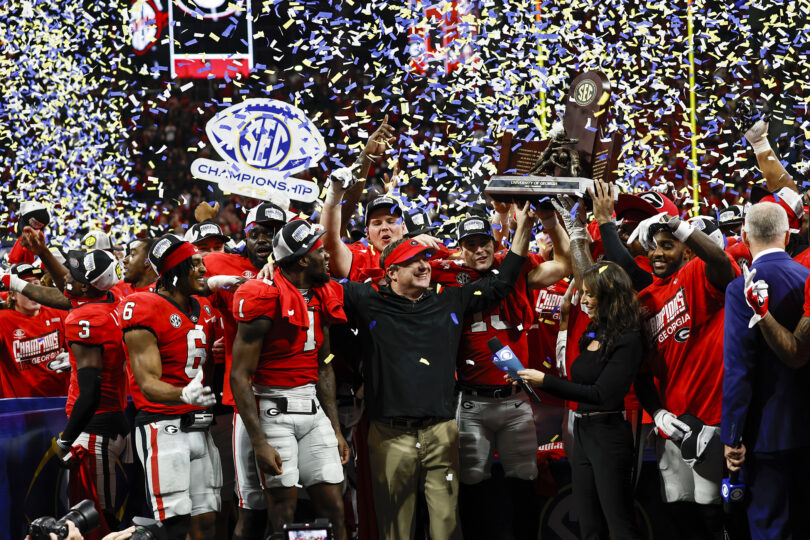 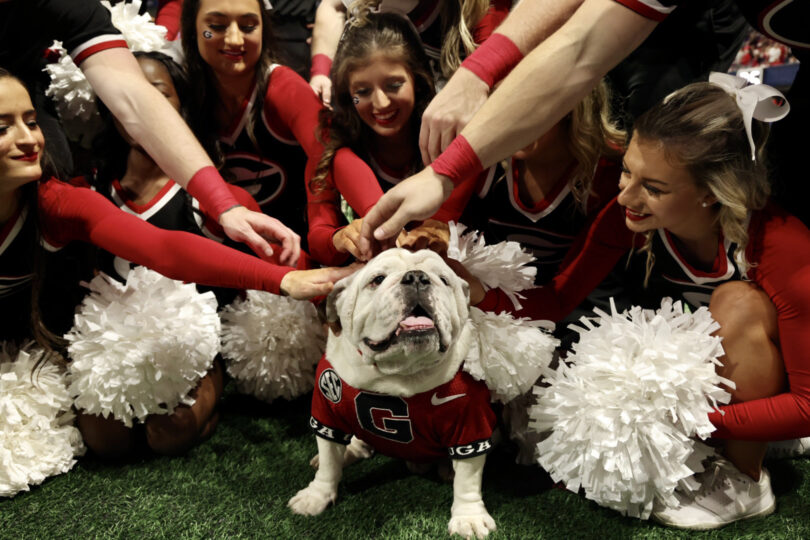 Uga X gets some love on the sidelines. (Dorothy Kozlowski/UGA) 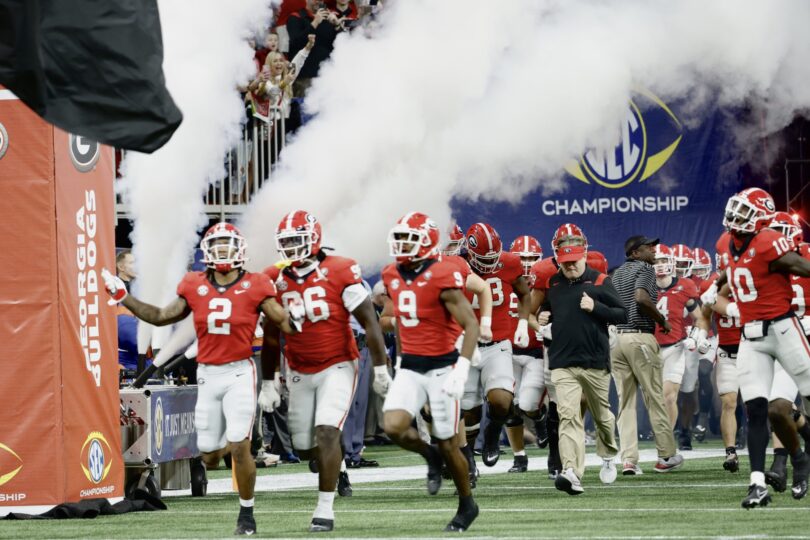 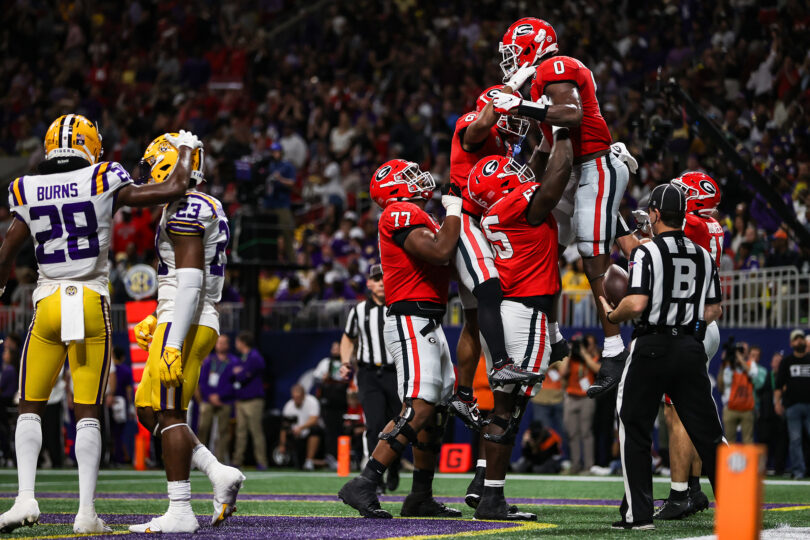 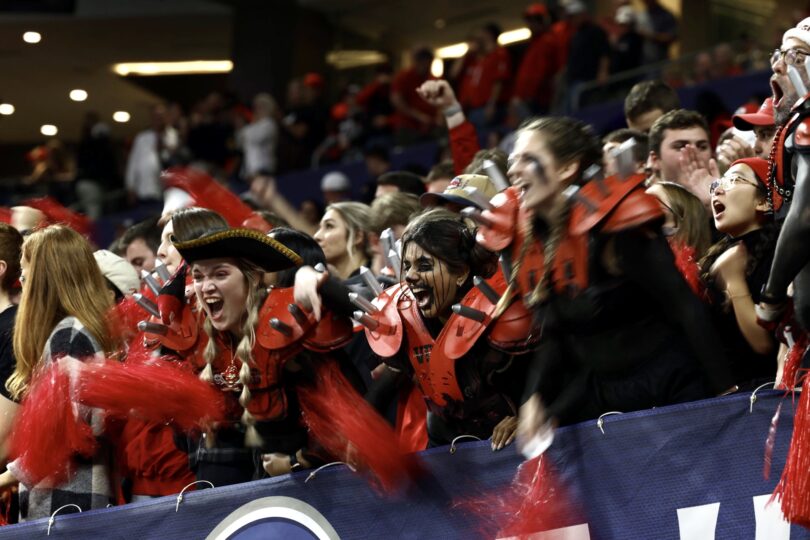 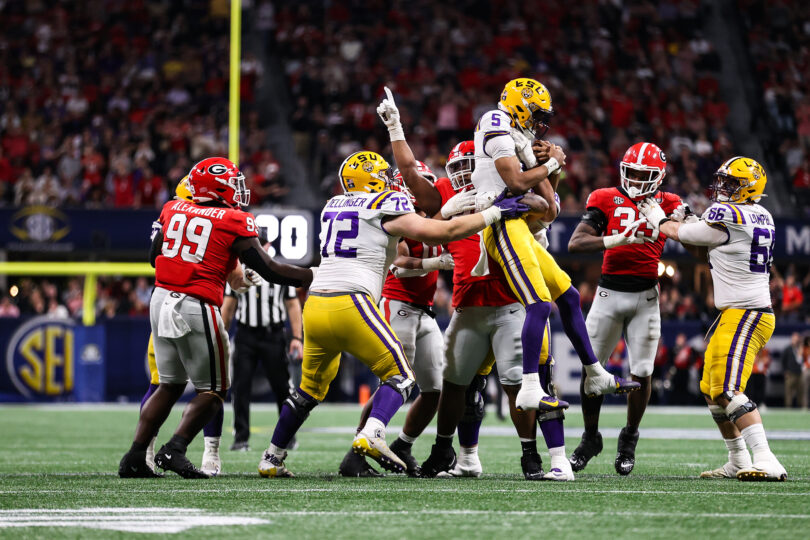 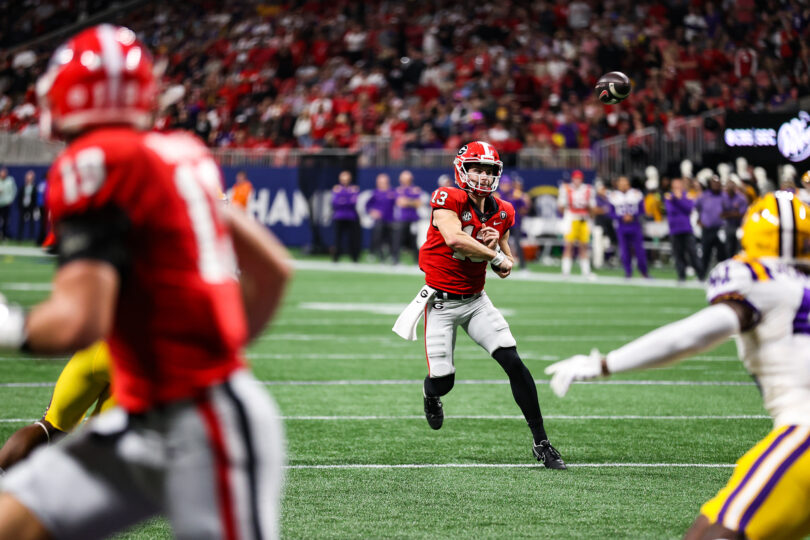 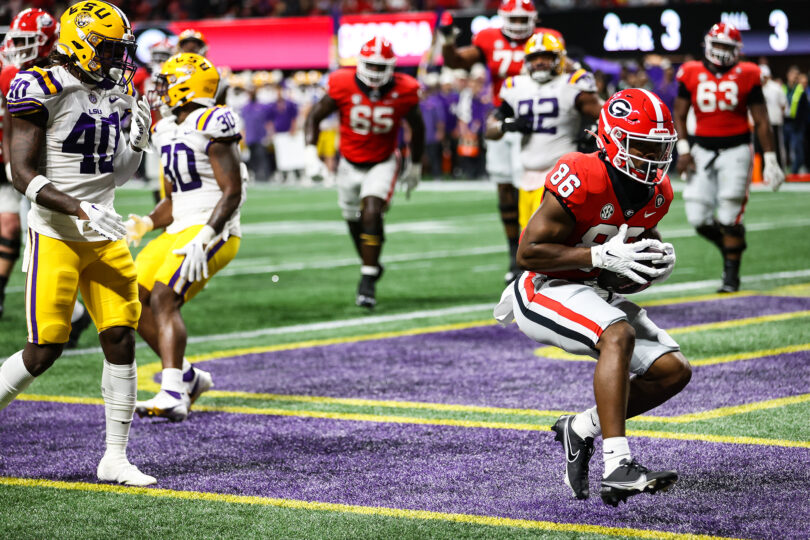 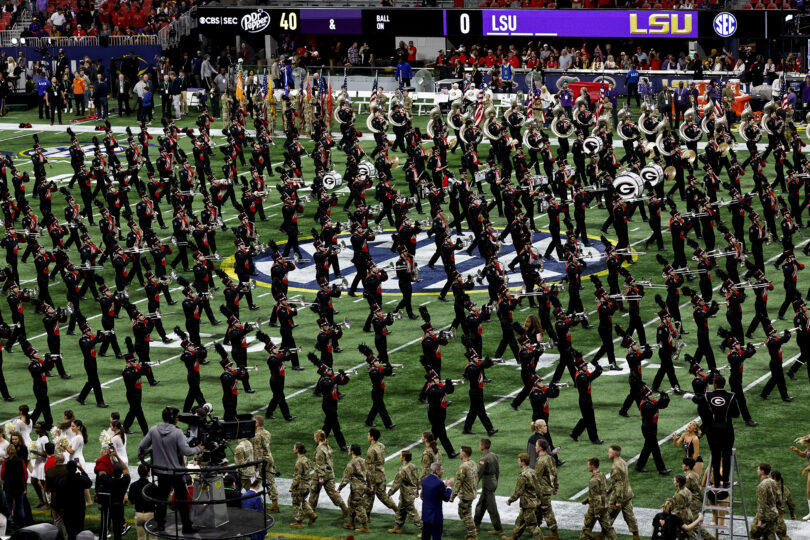 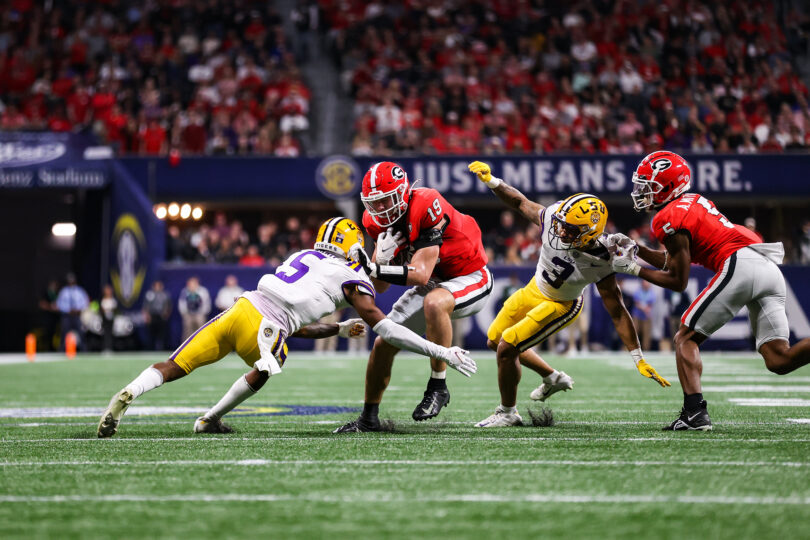 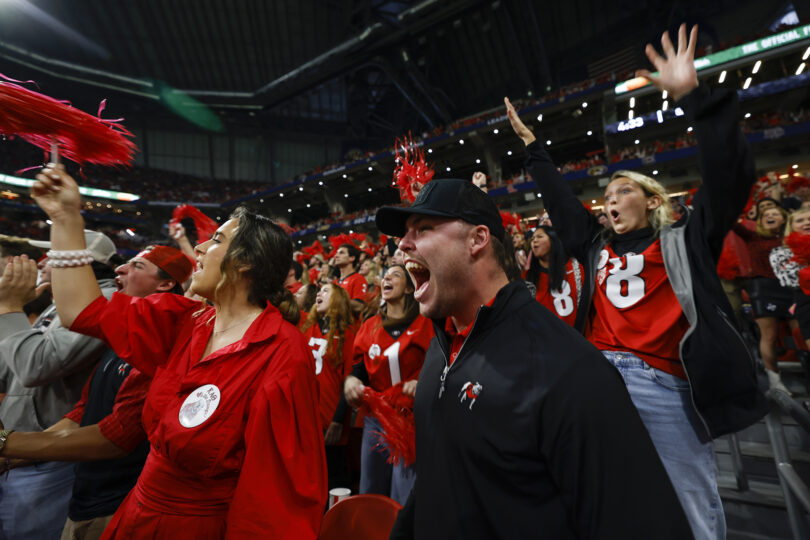 Students cheer in the stands xn the first half. (Andrew Davis Tucker/UGA) 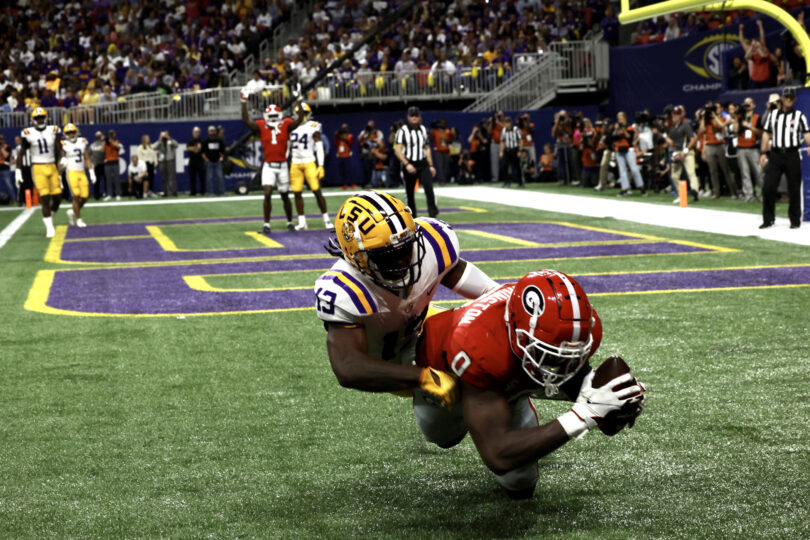 Darnell Washington catches a pass for a touchdown. 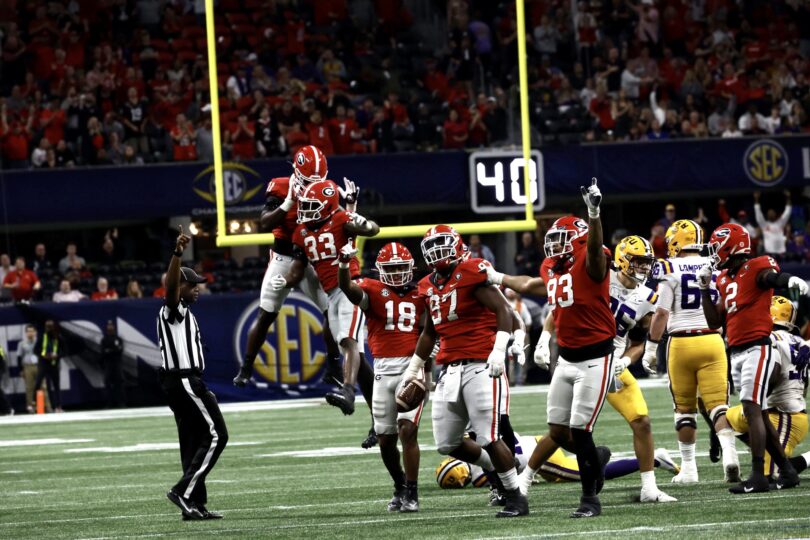 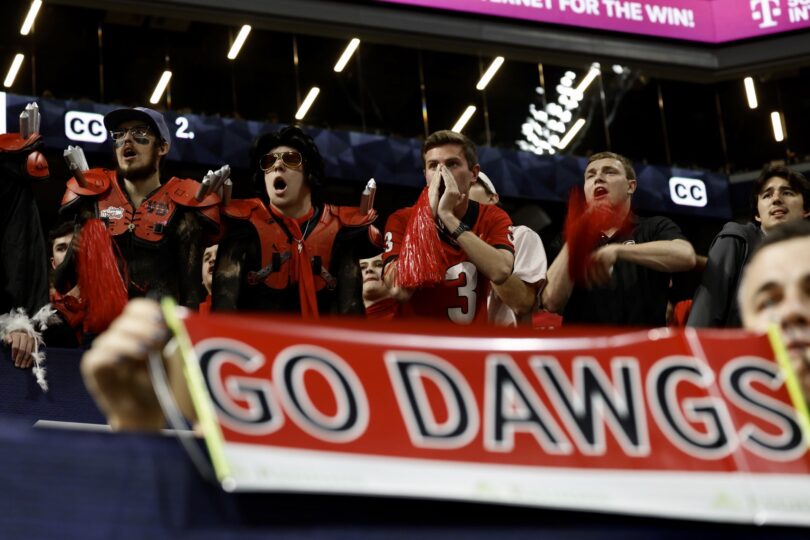 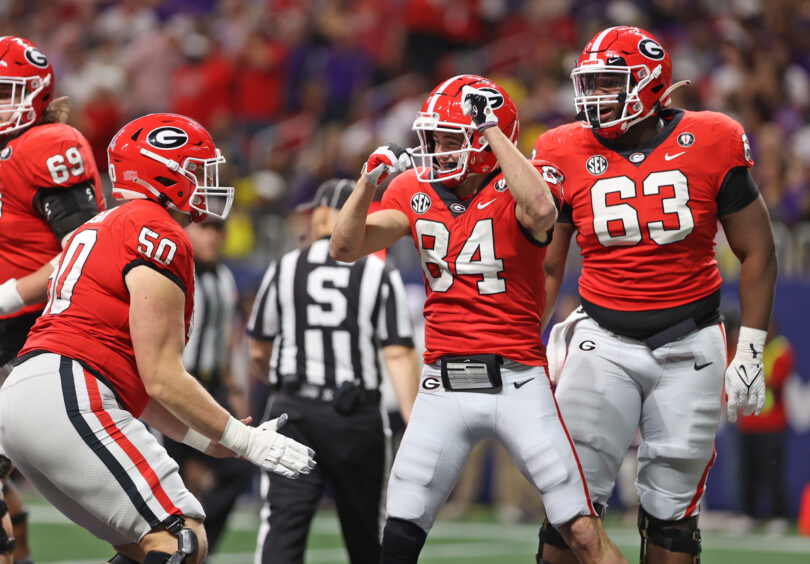 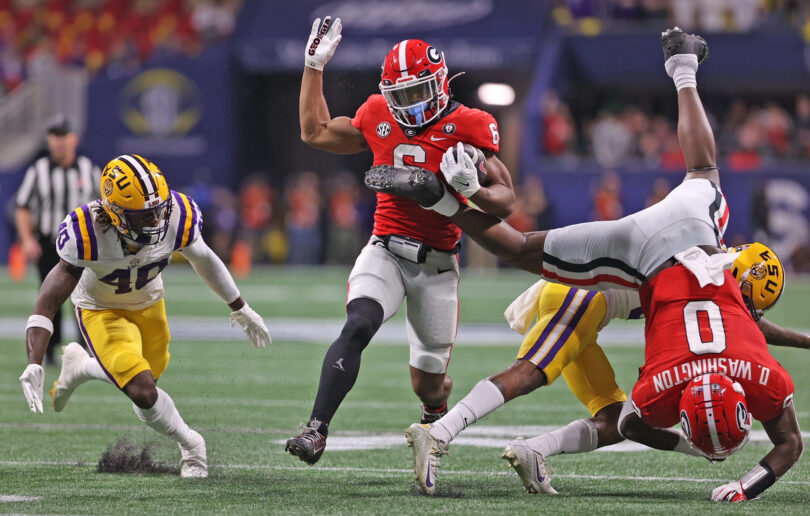 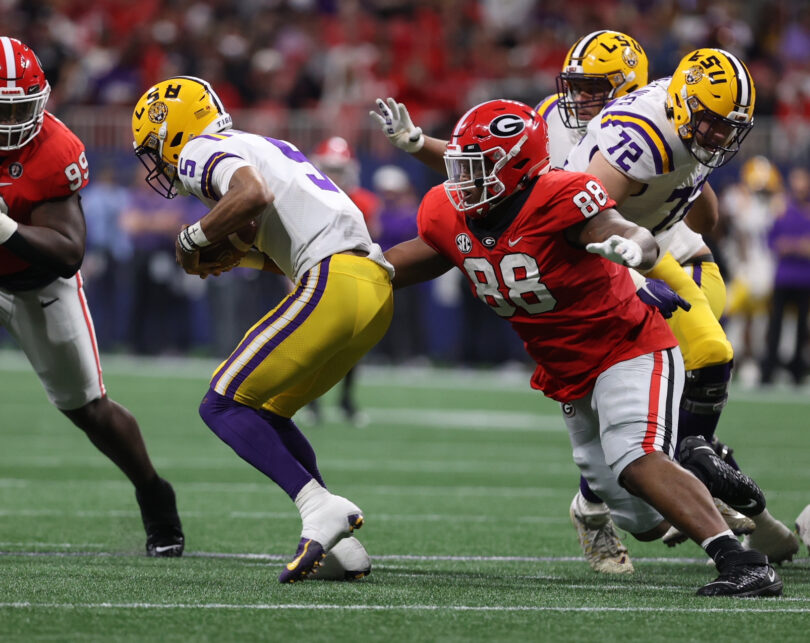 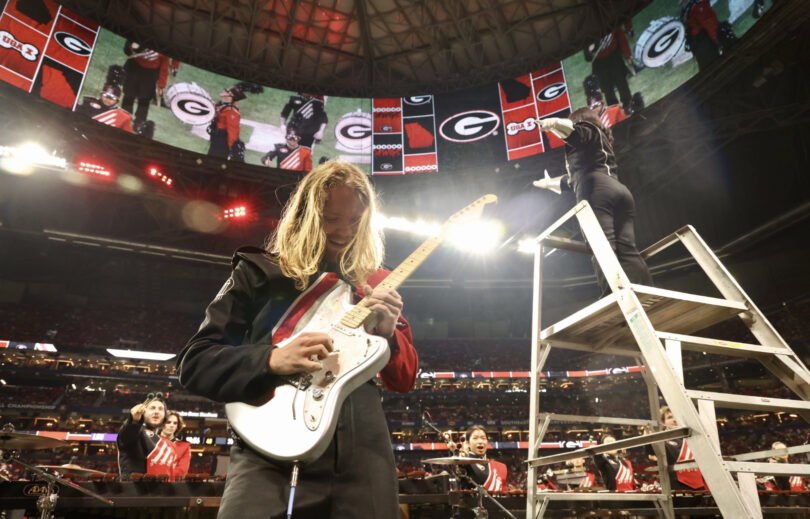 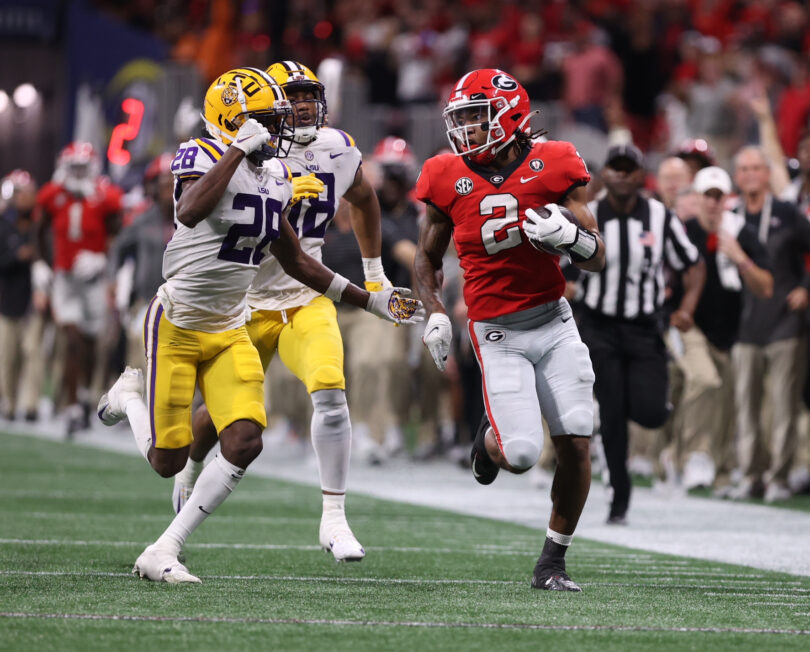 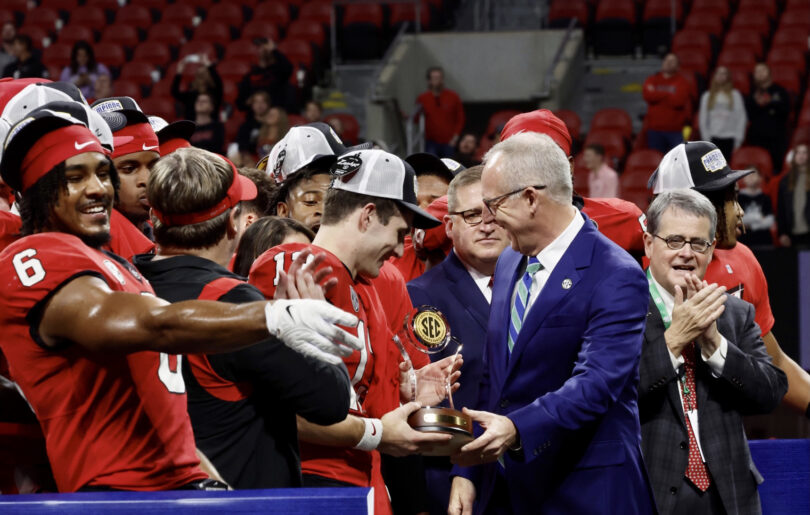 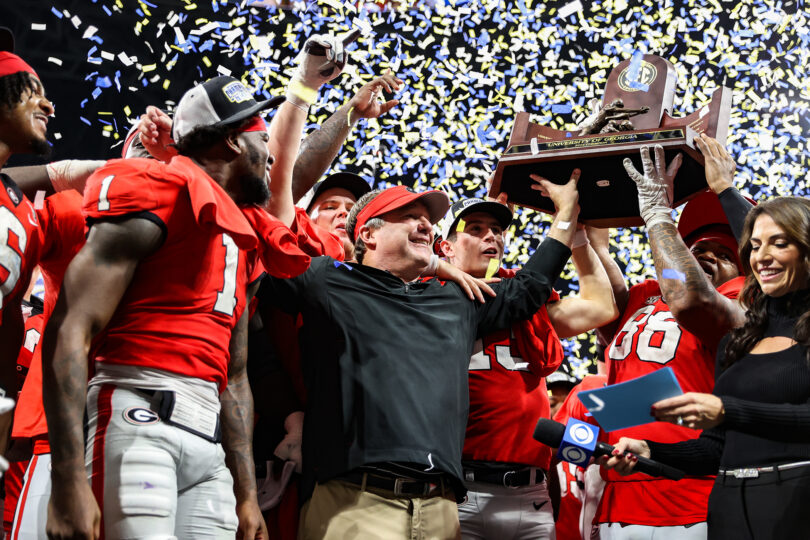 The top-ranked Georgia football team produced explosive plays all over the field during the Bulldogs’ 50-30 win over No. 14 LSU in the SEC Championship Game on Saturday afternoon at Mercedes-Benz Stadium.

With the victory, the Bulldogs retained their No. 1 ranking in the College Football Playoff and will face Ohio State in the Peach Bowl on Dec. 31 in Atlanta.

On offense, defense and special teams, the Bulldogs (13-0) delivered en route to the program’s first SEC title since 2017. Georgia’s offense produced a gaudy 529 yards and went 5-for-5 in the red zone.

While the defense gave up a lot of yards and big plays, it also forced three turnovers and made multiple timely stops to help Georgia pull away for good. And special teams produced a touchdown early, on safety Christopher Smith’s 96-yard blocked field goal return for a touchdown for the game’s first points.

UGA photographers captured the action in the gallery above. For full game coverage, head over to GeorgiaDogs.com.