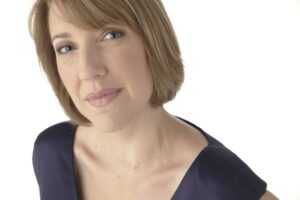 Knight has performed as both a choral and solo artist. She made her Carnegie Hall debut in 2010 as alto soloist in Handel’s “Messiah” with Andrew Megill and the Masterwork Chorus.

Joining Knight on her Faculty Artist Series concert is Richard Seiler of Brevard, North Carolina. He is a professor, keyboard area coordinator and a previous holder (2010-2013) of the Emy-Lou Biedenharn Endowed Professorship in Music in the Department of Music in the School of Visual and Performing Arts at the University of Louisiana at Monroe, where he teaches piano, piano literature and music theory. A Fazioli artist, Seiler has taught masterclasses and performed as a solo/collaborative pianist around the world.

The three works on the program look at life through the female experience—though the words and music of the first two were written by men. In Schumann’s “Frauenliebe und Leben,” the narrative centers entirely on the relationship of the woman to her partner and children. Schumann’s music is appropriately sweet and somewhat nostalgic in feel. Debussy’s “Trois Chansons de Bilitis” explores women’s sexuality through erotic poetry meant to evoke the poems of Sappho. The poet Pierre Louÿs claimed to have translated these previously unknown ancient Greek poems, when in actuality he wrote them himself. Debussy selected three texts that highlight different phases of the central character’s life from sexual awakening to the bitter winter of her decline. The third song cycle on the program, Libby Larsen’s “Love After 1950” is a modern take on many of the themes explored in the previous two—love, loss, men, sex. Here the audience see girls whispering to each other about boys’ lips, women declaring their own preferences and bemoaning the ridiculous lengths women go to for the sake of “beauty,” and a final realization that a woman can make her own magic.

Tickets are $12 for adults and $3 for students with a valid UGAID and can be purchased through the Performing Arts Center box office online, by calling 706-542-4400 or in person before the event. There will also be live streaming available music.uga.edu/live-streaming. If joining in person, the Hodgson School strongly encourages patrons to wear a mask inside the halls and public spaces.