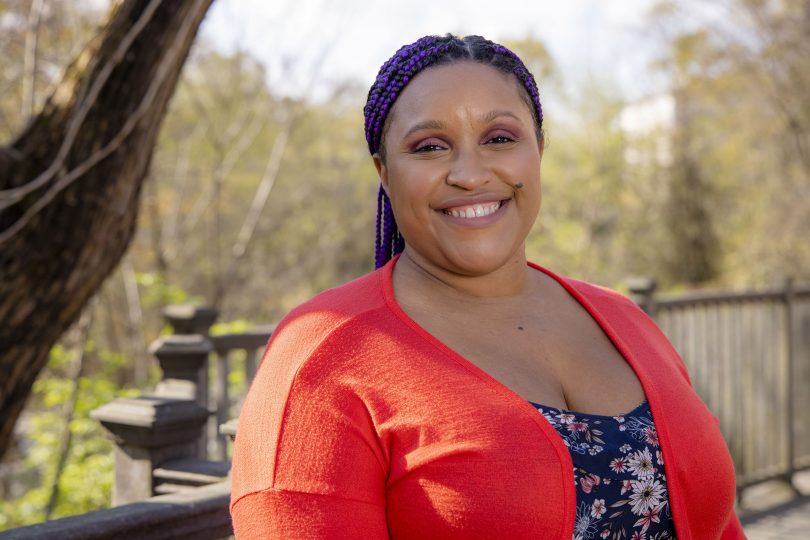 A volunteer experience at a rape crisis center a decade ago gave Adrienne Baldwin-White a sense of clarity and urgency that guides her research and outreach to this day.

Baldwin-White, an assistant professor in the University of Georgia School of Social Work, has conducted pioneering studies that explore the norms that contribute to gender-based violence. Seeking to benefit as many people as possible, she has translated her findings into an interactive, educational tool for college students that is designed to prevent sexual assault, as well as an online training for police departments and an app for physicians.

“Seeing the effect of the trauma on the primarily women that I encountered in this volunteer position really impacted me,” said Baldwin-White, who worked at the Birmingham Rape Crisis Center while pursuing her Master of Social Work degree from the University of Alabama. “Throughout all the deviations that happen when you get a Ph.D., I always kept coming back to this—to preventing sexual assault—because of the trauma that I saw.”

A 2020 survey from the Association of American Universities found that among undergraduate students, more than one in four females and nearly 7% of males experienced some form of nonconsensual sexual contact through force or inability to consent. Baldwin-White emphasized that the consequences extend well beyond the college years.

“There are studies that show that people who experienced a sexual assault in college are more likely to drop out and therefore their income potential is lower,” Baldwin-White said. “And even if they don’t drop out, they don’t do as well. And again, that affects their ability to get employment. There are long-term impacts of these experiences on their ability to thrive and on their mental health.” 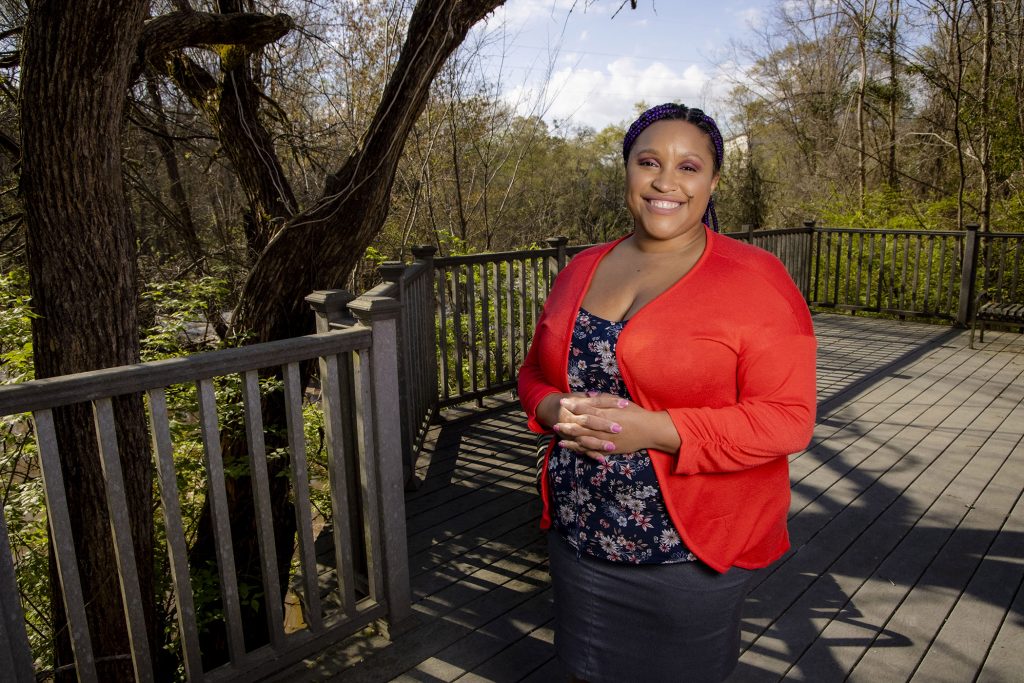 Baldwin-White has conducted several studies that explore the attitudes and beliefs of college students as they relate to sexual assault. Her work has revealed a disconnect between what students know on an intellectual level—that healthy romantic relationships are free from coercion and characterized by respect—and the lived experiences of many college students.

“Students know what consent is; they know what it looks like,” Baldwin-White said. “That’s not the problem. The problem is there are these norms around gender, sex and relationships that are way more powerful than any sort of intellectual conversation about how to recognize consent.”

Baldwin-White’s research has received scholarly recognition, including a Violence Against Women and Children Manuscript Award from the Council on Social Work Education. It also lays the foundation for her work to prevent sexual assault from occurring and provide trauma-informed support to survivors.

She has developed an interactive, educational tool that mimics a text message exchange and presents users with a number of scenarios their friends are experiencing at a party that challenge them to critically think about the nuances of consent and healthy relationships, while helping them develop empathy for survivors. The goal is to give students strategies on intervening to help another person or themselves in dangerous situations and change the attitudes and beliefs that contribute to sexual assault.

“It’s more about changing the norms around relationships and sex rather than just building skills,” Baldwin-White said. “You can give people skills and strategies day and night, but if you don’t change their willingness to act on it, nothing is going to happen.”

Baldwin-White and her colleagues are currently making modifications based on feasibility testing conducted with students. Ultimately, and with knowledge gained from her experiences in the university’s Innovation Bootcamp, she’d like to turn it into a resource available to colleges and universities across the country.

Working with UGA Police Department Chief Dan Silk and the Athens-Clarke County Police Department, she is also developing and testing an online, trauma-informed training for patrol officers. She has worked with the AppHatchery, a mobile app consulting service offered by the Georgia CTSA, to develop an app to advise physicians on working with survivors of domestic violence and sexual assault in a trauma-informed way.

“I have this larger goal of harnessing technology for social good,” she said. “There’s so much out there about the harm that technology can do, but it can also be used to change attitudes, to change behavior, and to solve problems.”