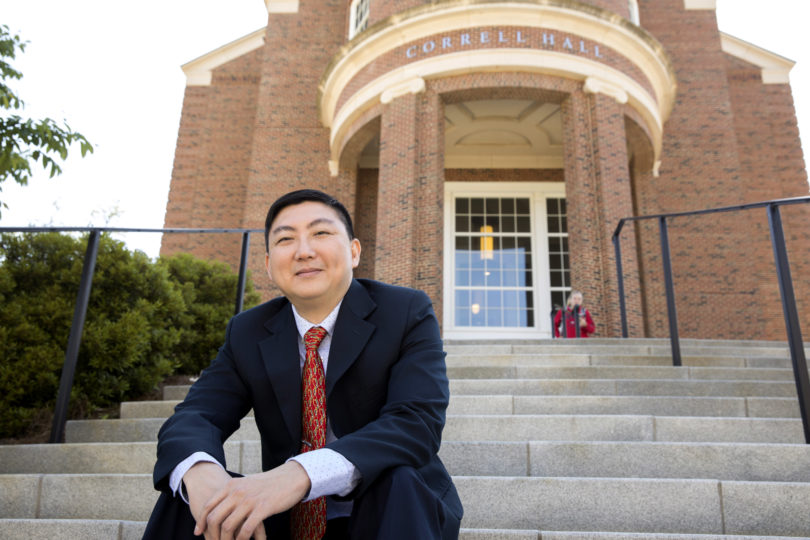 Son Lam became interested in studying sales after working in sales. Before he entered graduate studies at the University of Houston, he spent seven years working for an international footwear company in Ho Chi Minh City, Vietnam. (Photo by Dorothy Kozlowski) 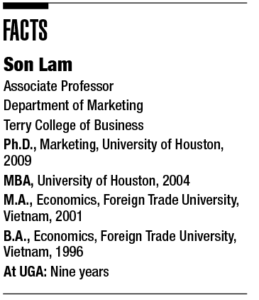 A former salesman turned academic, the associate professor of marketing in the Terry College of Business has become a prolific researcher whose work is known in sales management circles for its creativity and impact.

“In most of my research I want to identify questions that have real-world applications, because if it’s not managerially relevant I think it misses the mark,” he said. “In marketing, we need to do research (that) managers can use or at least change the way managers think about certain things. That’s my philosophy.”

Lam’s research productivity places him among the top marketing scholars ranked by the American Marketing Association. He was named a Young Scholar by the Marketing Science Institute in 2013 and won Terry’s Outstanding Research Award two years later.

Lam became interested in studying sales after working in sales. Before he entered graduate studies at the University of Houston, he spent seven years working for an international footwear company in Ho Chi Minh City, Vietnam.

His industry experience sparked an interest in sales problems—and finding ways to solve them. His early scholarship integrated a well-known psychological concept into marketing literature.

“Early in my career, my focus was on internal marketing. I used a theory from the 1950s called social identity theory, which explains that people are social actors who use social entities to define who they are,” he said. “For example, you might wear red and black and go to Georgia games because you identify with the football team.

“I took that theory and applied it to the sales domain and internal marketing,” he said. “The key insight in my research is that internal marketing is essentially a process to build salespeople’s identification with the firm.”

Since establishing a national reputation for his theoretical and empirical work in internal marketing, sales management and consumer-company relationships, Lam has broadened his research scope to include sales force structures.

A significant portion of Lam’s research comes directly from the ­problem-solving he does for the companies with whom he partners. In exchange for proprietary data and publishing rights, Lam and his co-authors give senior managers an outside perspective and expert advice.

“Last year, I worked with a tech company that had a lot of inside sales, but turnover was too high,” Lam said. “We interviewed and surveyed managers and salespeople in the field. We used LinkedIn to connect with people who left to find out why they quit.

“Then we delivered our findings to top management, and they made several changes to the company’s sales force organization,” he said. “We came back with data and a story we could translate to research and make a contribution to marketing theory.”