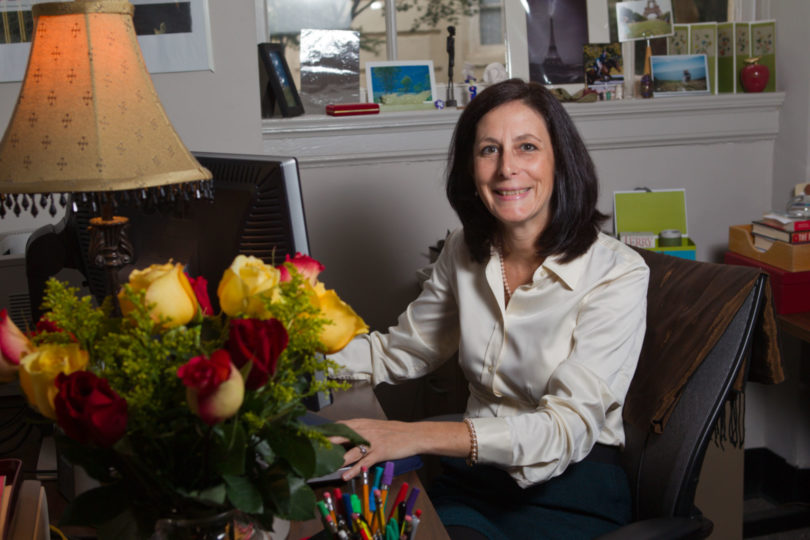 Marisa Pagnattaro is a tenured business professor with three academic degrees. Ironically, not one of them is in business.

Her unconventional path to the Terry College started with degrees from Colgate and New York Law School. Her law career brought her to Atlanta as a corporate and securities litigator, but she soured on the experience.

“I love the law,” she said. “It was the practice of law that I didn’t love. That kind of blind advocacy wasn’t for me.”

Pagnattaro changed her course from litigation to literature and completed a doctorate in English from UGA in 1998. A postdoctoral teaching fellowship kept her in Athens. Then, to supplement her postdoc, she did script work on an academic honesty video project that included legal studies professor Bob Boehmer. That became her foot in the door to the business school.

“We had a couple of conversations about legal research and research in literature and, oddly enough, it eventually evolved into a teaching position when one opened up,” she said. “Much to my surprise, I moved up the hill from Park Hall to Brooks Hall.”

Little did she know at the time, but she was entering a cradle of instructional excellence. Terry’s insurance, legal studies and real estate department has been home to many winners of the college’s Outstanding Teaching Award, as well as multiple picks for the university’s Josiah Meigs Distinguished Teaching Professorship.

Within a department of all-star teachers, Pagnattaro made a name for herself. While publishing at an impressive pace, she won a different teaching award every year from 2002 to 2009, capping it off with the business school’s top teaching prize in 2011. And, for that, she credits the influence of her legal studies colleagues.

“They are unbelievable mentors,” she said. “Every time I teach something new or want to take a new approach I talk to them about it. Respect for teaching is something that’s highly valued.”

Having gained a reputation in both teaching and scholarship, Pagnattaro has been sought out for several campuswide teaching initiatives. Of recent note, she was a key member of the Quality Enhancement Program team put in place for SACS accreditation four years ago. That team’s work culminated last year with the introduction of the First-Year Odyssey Seminars now required of all UGA freshmen.

Last fall, Pagnattaro taught one of the seminars, “Managing the Dragon,” which surveyed the challenges of doing business in China. Her First-Year Odyssey course closely aligned with topics related to her research and travels to China. She has published a number of articles on legal issues that confront companies in China and welcomed the opportunity to share that work and passion in her FYO seminar.

“You can teach a subject that you’re incredibly interested in that’s not part of the regular curriculum,” she said.

She even had the class over to her house to make Chinese dumplings. “I had them folding dumplings. They loved that extra interaction outside of class,” she said.

“Teaching the first-years is rejuvenating in a lot of ways,” Pagnattaro added. “I found it to be very rewarding, and it gave me new perspectives about my work.”