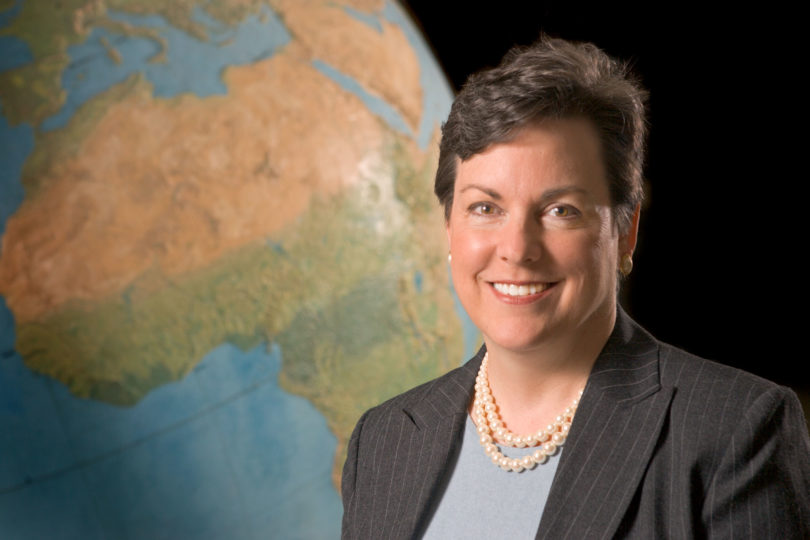 Jan Hathcote is one of a very few academic researchers

Has the North American Free Trade Act created a “giant sucking sound” of jobs escaping into Mexico? Will China’s entrance into the World Trade Organization result in a huge imbalance of trade? Are small countries in Africa the next new source of U.S. apparel?

These are some of the questions Jan Hathcote, associate professor of textiles, merchandising and interiors in the College of Family and Consumer Sciences, explores in her research.

“The apparel industry is a $40 trillion industry in the U.S.,” she says. “That’s a small segment of the overall retail industry, but since we all are going to continue to wear clothes, it’s particularly important to consumers.”

Hathcote is one of a very few academic researchers, either in the U.S. or internationally, studying international trade as it applies to apparel.

For Hathcote, her decision to explore this area dates back to her days as a buyer for the Ira A. Watson Co., a chain of 26 department stores in nine states. When Hathcote began graduate school she examined the impact of imports on the domestic apparel market as her dissertation topic and established that-at that time-imports were more costly for retailers to handle, despite initially being less expensive than domestically made items. During the 20-plus years she’s been studying the topic, Hathcote has seen a definitive change in the benefits of imports.

“When you examine the apparel industry over time you realize that it’s an industry for newly industrializing countries,” she says. “Because it’s not very automated, the primary resource that’s needed is inexpensive labor. In the U.S. those workers can generally make more money in a variety of less demanding fields.”

Among her duties as associate dean, Hathcote works with the dean and other administrators developing each year’s budget, overseeing appointments to the graduate faculty and dealing with various curriculum issues-including serving on the university’s curriculum committee.

As for Hathcote’s findings from her research: NAFTA has meant the shifting of many apparel assembly jobs to Latin American and Caribbean countries. Apparel imports from China have surged since its entry into the WTO (which has hurt Mexico’s share of the apparel import market). And, no, it’s unlikely small countries in Africa will be a dominant source of U.S. apparel, although there is an opportunity for them to participate in the world economy by building their apparel industry.