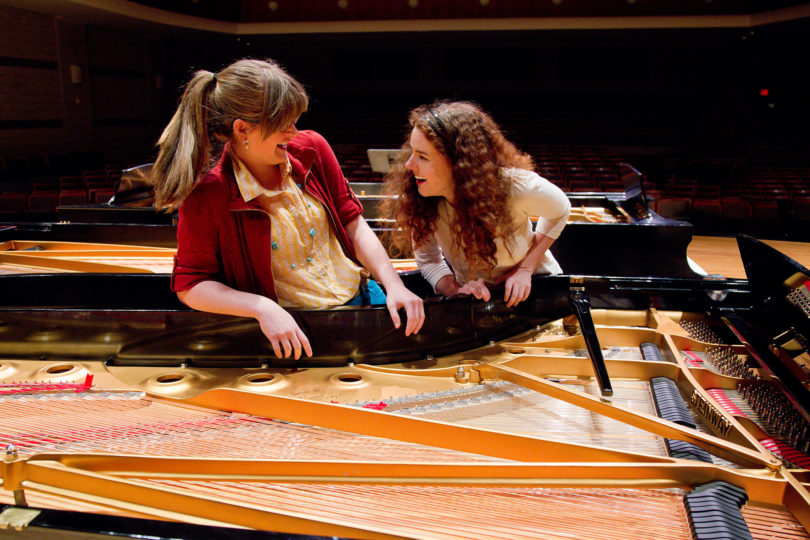 An historic assemblage of talent for the Hodgson School, Georgia’s first All-Steinway school, the Piano Extravaganza brings together the school’s entire piano department and nearly all of its students to perform some of the instrument’s most unique, challenging and entertaining works.

The music for the program spans an array of styles, from virtuosic classics like Flight of the Bumblebee to ragtime interpretations of Mozart, a “One Handed Battle” section infused with Latin American rhythms and one part of the concert that might just have an audience member making music.

“Five grand pianos on one stage, 50 fingers playing at once, covering 440 keys, audience participation, a ‘battle of the hands:’ what else could possibly be more fun?” said Pete Jutras, professor of piano.

Their students—from as near as Athens and Monroe and as far as Moscow and Seoul-have garnered considerable acclaim themselves, including the Dunamis Piano Duo, which was founded in spring 2015 and has since been honored in numerous international competitions and played Carnegie Hall in May.