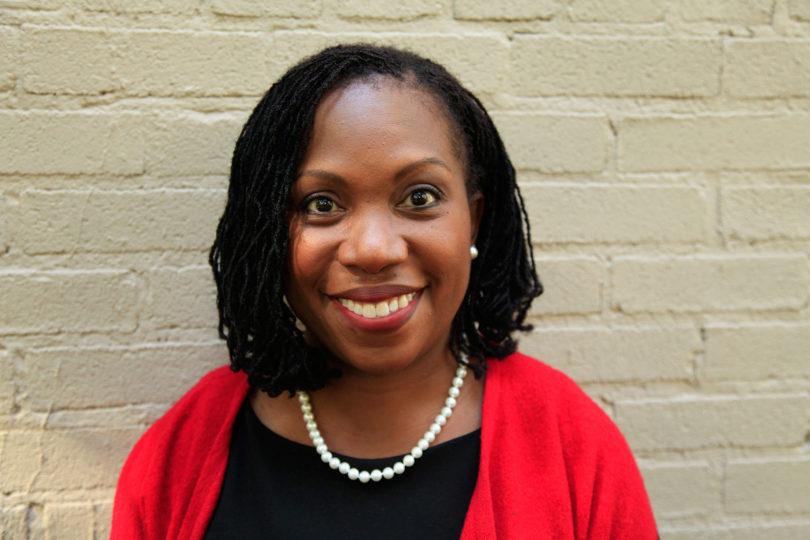 U.S. District Court Judge Ketanji Brown Jackson will present “Reflections on My Journey as a Mother and a Judge” at the UGA School of Law’s 35th Edith House Lecture. Open free to the public, the lecture will be held March 2 at 3:30 p.m. in the school’s Hatton Lovejoy Courtroom.

Jackson has served on the U.S. District Court for the District of Columbia since 2013. She also served four years as a vice chair and commissioner on the U.S. Sentencing Commission, a post she held until December 2014.

Prior to her service on the Sentencing Commission, Jackson worked as counsel at Morrison & Foerster, where she focused on criminal and civil appellate litigation in both state and federal courts. She previously served as an assistant federal public defender in the appeals division of the Office of the Federal Public Defender in the District of Columbia and as assistant special counsel at the U.S. Sentencing Commission.

She is currently a member of the Board of Overseers of Harvard University and the Council of the American Law Institute. She also serves on the board of the D.C. Circuit Historical Society.

The Edith House Lecture is sponsored by the Women Law Students Association in honor of one of the first female graduates of Georgia Law. House, a native of Winder, was co-valedictorian of the law class of 1925, the first to graduate women.

This event is a part of the law school’s ongoing initiative, Georgia WILL (Georgia Women in Law Lead). Georgia WILL is a celebration of the centenary date on which the Georgia state legislature authorized women to practice law in Georgia.

For more information on the event and to RSVP, contact Emily V. Cox at emily.cox@uga.edu.