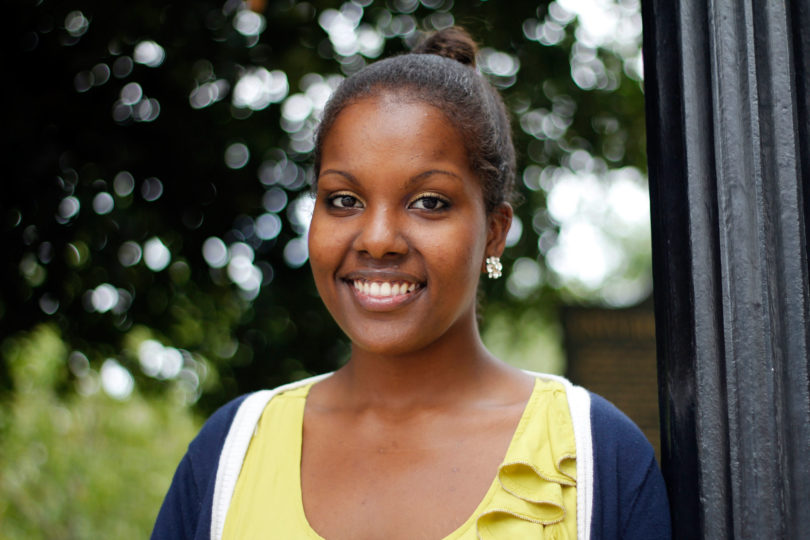 The UGA Boren Scholars are juniors Tia Ayele of Stone Mountain, Malena Lopez-Sotelo of Rentz and John Esteban Rodriguez of Guyton, and seniors Christian Conroy of Roswell and David Gutiérrez of Albany.

“Already this year, UGA students have received the maximum number of Goldwater scholarships allowed per institution, and set new institutional records with Udall and Fulbright scholarships, so to have a new record number of Boren recipients as well is very exciting,” said David S. Williams, associate provost and director of UGA’s Honors Program. “Taken together, this level of success underscores that UGA is now a national leader in major scholarship competitions. I know our five new Boren Scholars will take full advantage of the immersive experiences this stellar scholarship provides.”

The National Security Act of 1991 that was written by David L. Boren, current president of the University of Oklahoma, created the Boren award. The scholarship program, which is for one semester or a full academic year, promotes global citizenship by providing recipients with the resources to pursue study abroad experiences focused on languages, fields of study and geographic areas deemed critical to U.S. interests. In return, the recipients agree to seek work in the federal government.

Ayele, an Honors student who is pursuing a bachelor’s degree in international affairs, will spend a year in Ethiopia, taking language courses in Amharic and Arabic as well as political science and international relations. She said she would like to use these experiences to help lay the foundation for a career with the U.S. Department of State.

“I feel so honored to have received the Boren Scholarship,” said Ayele, a graduate of Tucker High School. “The scholarship’s emphasis on national security makes it a perfect fit for my academic interests and career goals, as I am extremely interested in working to secure U.S. national interests in East Africa in some capacity in the future.”

Lopez-Sotelo, who is pursuing bachelor’s degrees in Arabic and religion, will be studying the Urdu language in India for a year. She also will conduct independent research on Islamic religious studies and volunteer as an English teacher for children. She said she would like to become a translator for the United Nations.

“By participating in this study abroad program, I will be catalyzing my growing interest in Islamic studies and the Urdu language by being able to understand the complex links of language, religion and culture for national security,” said Lopez-Sotelo, a graduate of West Laurens High School.

Lopez-Sotelo is co-founder and co-president of the Pakistani Student Association and an active member of the Muslim Student Association at UGA, serving as a liaison between both groups to collaborate on events. As a recipient of the Benjamin A. Gilman International Scholarship, she is participating in an Arabic language study abroad program in Morocco this summer.

Rodriguez, who is in the Honors Program and pursuing bachelor’s degrees in English and an Honors interdisciplinary major (with an international development and human rights emphasis), will take Arabic classes in Jordan for a year. He also will complete an internship focused on human rights issues in preparation for a career in language and service as related to U.S. foreign policy.

“I am thrilled to have been selected an NSEP Boren Scholar,” said Rodriguez, a graduate of South Effingham High School. “I look forward to sharpening my professional vision through my program, discovering the many paths it will pave for me, and experiencing the profound personal growth and adventures living on my own in a totally new, different and exciting culture.”

Rodriguez has been involved with UGA’s Roosevelt Institute, focusing on multiculturalism and the Middle East. Currently in Brazil, he is conducting an anthropological research study related to food security as a summer fellow through UGA’s Center for Undergraduate Research Opportunities.

Conroy, who is pursuing bachelor’s degrees in international affairs and political science, will be enrolled in Mandarin Chinese language courses for a year in China and conducting national security research, particularly on nuclear nonproliferation and disarmament. His career aspirations include a focus on government service related to national security issues.

“I planned to study abroad in China during my time at UGA since I first began studying Mandarin Chinese, but was always unsure about how to acquire the resources to get there,” said Conroy, a graduate of Roswell High School. “I am beyond excited about receiving the Boren Scholarship and the opportunities my experience in China will provide in the future.”

As a Security Leadership Fellow with UGA’s Center for International Trade and Security, Conroy has written policy briefings and participated in conferences focused on issues such as cyber security, nuclear terrorism and strategic trade management. He also has served as director general for the UGA Model United Nations team.

Gutiérrez, who is pursuing bachelor’s degrees in Spanish and sociology, is traveling to Brazil for a year to study Portuguese through the new Portuguese Flagship Program, a partnership between NSEP and UGA. He also plans to conduct independent sociology research and complete an internship. He would like to pursue a career with a sociology or social policy emphasis.

“Finding out that I had been selected was a surreal experience,” said Gutiérrez, a graduate of Deerfield-Windsor School. “It was the culmination of much hard work and anticipation, and being a Boren Scholar will open to me a wealth of opportunities that I could not have imagined otherwise. I feel very fortunate.”

Gutiérrez, who is a member of the Sigma Delta Pi Spanish Honor Society, had previously studied abroad through semester-long UGA programs in Spain and Argentina as a sophomore and junior, respectively. During the last academic year, he also worked as a research assistant at UGA, analyzing the impact of popular media on Venezuela’s socialist movement.