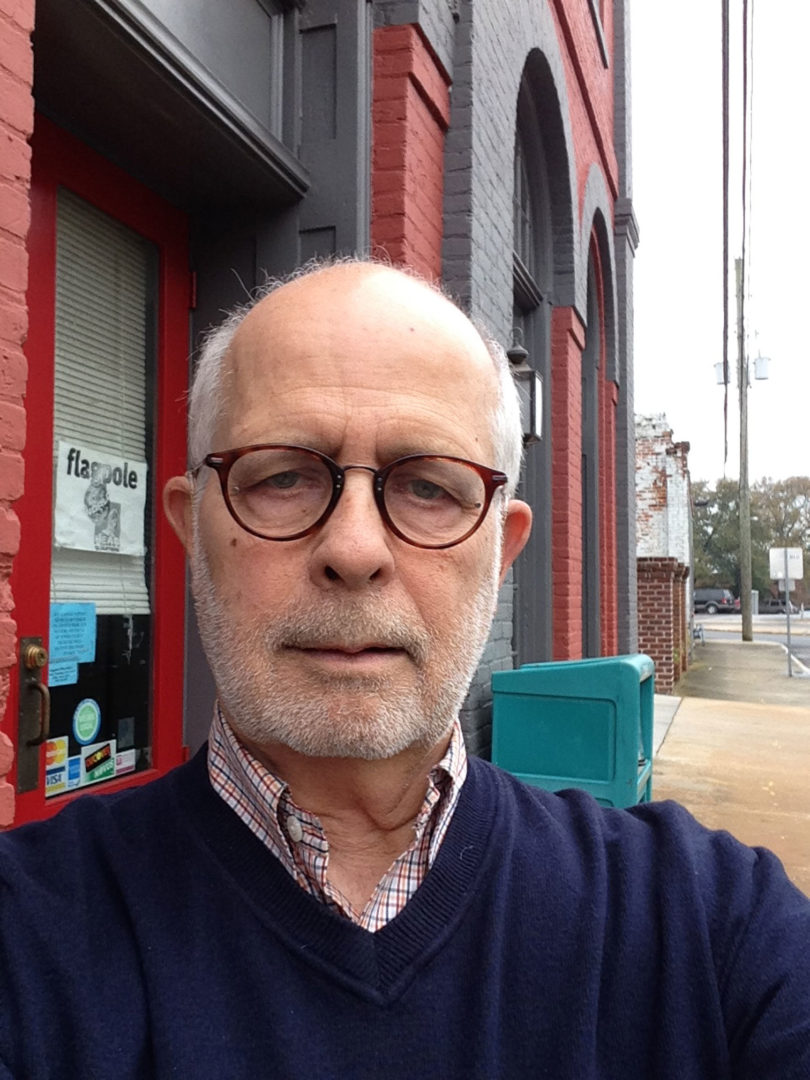 Pete McCommons is editor and publisher of Flagpole magazine in Athens.

Pete McCommons, editor and publisher of Flagpole magazine, will give a talk on Feb. 6 at 4 p.m. in the Chapel. The talk, “The Stuff of Journalism: Death, Kudzu and the Unexamined Life,” is the second installment in the 2014 Global Georgia Initiative, a program of the Jane and Harry Willson Center for Humanities and Arts.

McCommons co-founded the weekly Athens Observer newspaper in 1974. In 1994, he became publisher of Flagpole, which was founded in 1987. The alternative weekly covers local music and other arts as well as news and politics, billing itself as “The Colorbearer of Athens, Ga.”

McCommons said “Pub Notes,” his weekly editorial column in Flagpole, is “composed of observations on the local political scene, eulogies, occasional attempts at humor and, when nothing else presents itself, reminiscences on growing up in a small Georgia town.”

James C. Cobb, the B. Phinizy Spalding Distinguished Professor in the History of the American South, will introduce McCommons. Cobb’s column, “Cobbloviate,” is featured regularly in Flagpole.