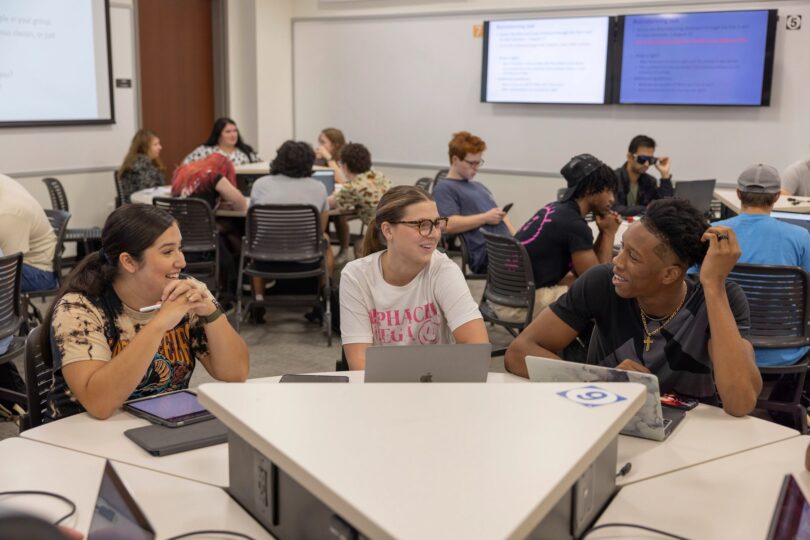 The University of Georgia was recently highlighted as one of the top public universities in the country, earning a No. 21 ranking by Forbes.

The rankings compiled by the international media company seek to highlight schools that offer “an excellent education at a great price, graduate high-earners and propel students to become successful entrepreneurs and influential leaders in their fields.” 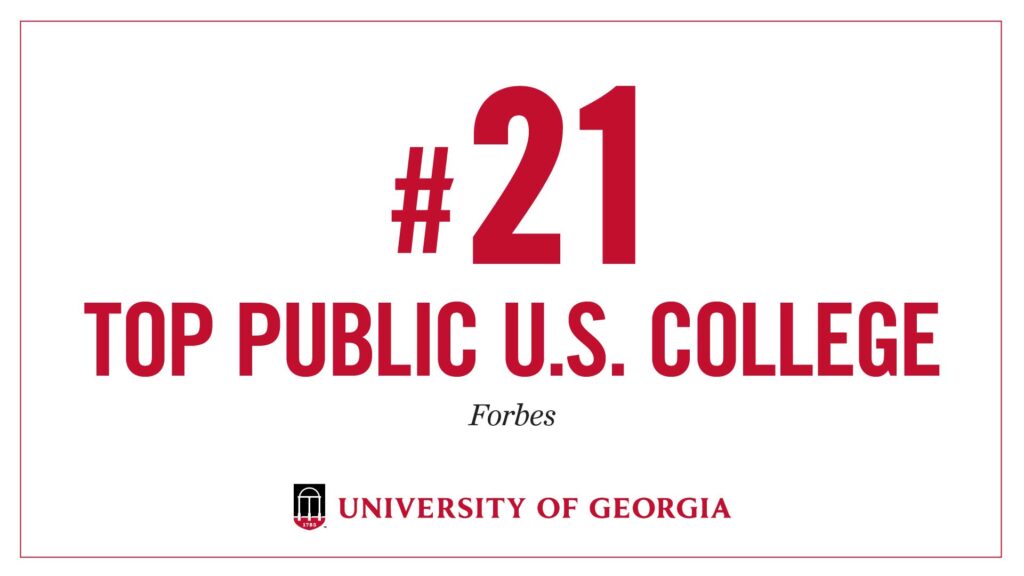 “I am pleased to see Forbes recognize the tremendous value of a University of Georgia degree,” said President Jere W. Morehead. “At UGA, we take great pride in our world-class learning environment and distinctive undergraduate experience that prepare our graduates to flourish in their careers.”

In 2016, UGA became the nation’s largest research university to require an experiential learning opportunity for all undergraduates. Hands-on learning opportunities such as internships, research, study abroad, and service-learning help prepare graduates to thrive after graduation.

UGA’s undergraduate retention rate is 95%, and the university’s 88% six-year completion rate far exceeds those of peer institutions. The university remains a top 5 institution for commercial products created by industry partners from faculty research. More than 900 products and 200 companies have now been created from UGA discoveries.

Of the students who graduated in UGA’s Class of 2021, 92% percent were employed, attending graduate school or engaged in post-grad internships within six months of graduation. Of the graduates employed full time, 61% obtained employment even before graduation.

Forbes’ list is the latest ranking in recent weeks to acknowledge UGA’s growing reputation. The rankings platform Niche recently ranked UGA 10th on its list of Top Public Universities in the U.S. and 2nd for Best Student Life in America.