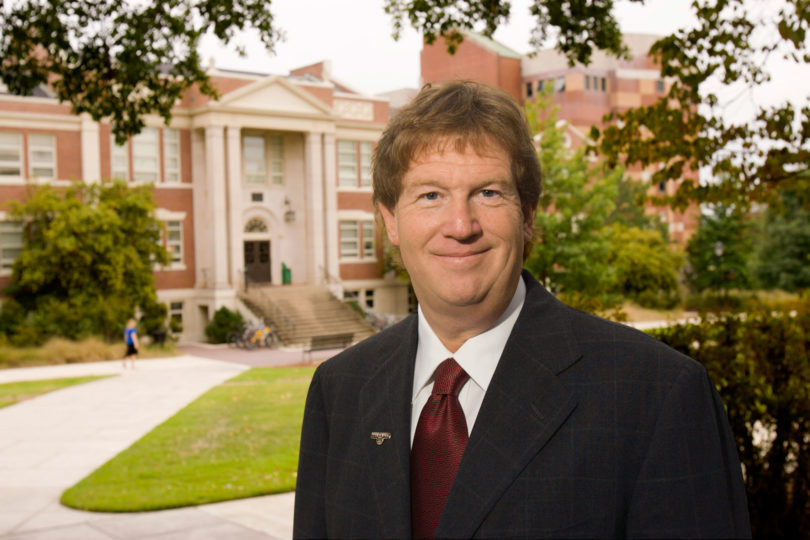 Michael L. Clutter, who has been associated with UGA’s Warnell School of Forestry and Natural Resources almost his entire life as the son of a faculty member and later as a student, researcher and professor, will become dean of the school Aug. 15.

Clutter, the Hargreaves Distinguished Professor of Forest Finance, will succeed Richard Porterfield, who retired as dean Dec. 1. Robert Warren, a professor in the school, has served as interim dean since Dec. 1.

An authority on the economics of the forestry industry, including finance, budgeting and timberland management, Clutter earned master’s and doctoral degrees from the Warnell School and has been on the faculty since 2001. He also has had an appointment to the Terry College of Business teaching faculty since 2002 teaching courses on corporate finance.

Clutter’s father, the late Jerome L. Clutter, was on the school’s faculty for 20 years until his death in 1983.

“Dr. Clutter has a lifetime relationship with UGA and an enviable record of accomplishment in both industry and academia,” said UGA President Michael F. Adams.

“Having recently named two deans from outside the campus to posts in the Terry College of Business and the College of Family and Consumer Sciences, I am glad to find an equally capable person within our own ranks. In the Warnell School, where the marriage of theory and practice is especially important, I believe Dr. Clutter to be an outstanding choice.”

Clutter has conducted extensive research on the financial aspects of the forestry industry and on timberland management practices. His work has been supported by more than $1.3 million in grants that he received individually or in concert with other researchers.

He is co-editor of a book on timberland investment, author of numerous articles and other publications and served on the editorial board of the professional journal Forest Science.

From 1983 until 1994 Clutter worked for Union Camp Corp. as a research forester and project leader for timber management and development. In 1994, he joined Georgia-Pacific Corp. as ­director of decision support for the timberlands division. From 1999 until 2001 he was vice president of decision support and information resources for The Timber Company, part of Georgia-Pacific.

Clutter “brings a broad and diverse background of expertise and experience from the private and academic sectors to the leadership role of dean of the Warnell School,” said Provost Arnett C. Mace Jr. “His demonstrated excellence in instruction in the Warnell School and the Terry College, and his experience in research, public service and interaction with the school’s many constituents, will serve him well in his new role.

“In particular, his knowledge of, and working relationship with, a broad array of friends in the school, leaders and constituents will enable him to increase private funds essential to further development of the school and university,” Mace added.

Clutter is a member and past chair of the American Forest and Paper Association’s forest inventory committee and served on the U.S. Forest Service’s forest inventory and analysis review committee. He is on the board of directors of Forest Investment Associates Timber Partners, a major timber and timberland investment fund, and Silvics Solutions, a natural resources technology company.