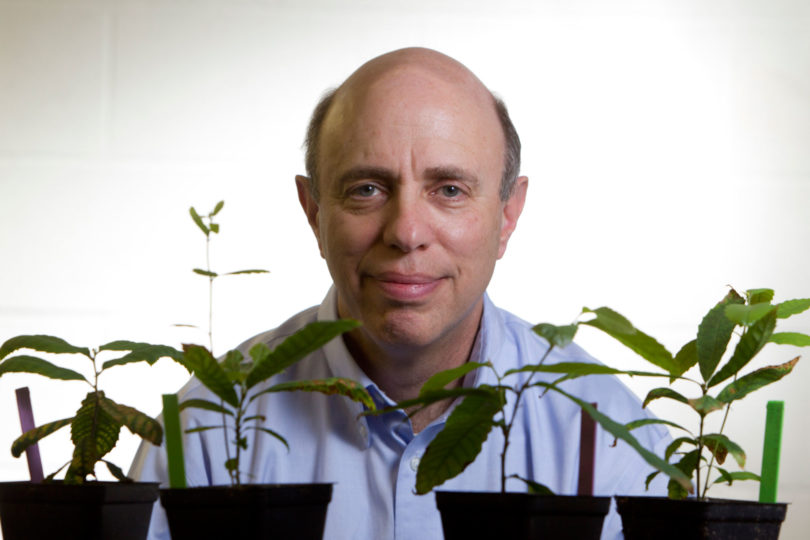 The Warnell School of Forestry and Natural Resources has reached an agreement with the American Chestnut Foundation to develop a chestnut tree orchard at the Georgia Mountain Research and Education Center in Union County.

Coming on the heels of the exciting discovery of a small grove of mature American chestnut trees near Franklin D. Roosevelt State Park by Nathan Klaus, Georgia Department of Natural Resources senior wildlife biologist, this agreement is confirmation by top researchers at UGA and TACF that they are achieving promising results that could one day see the revival of this magnificent and once heavily populated eastern U.S. tree.

“This agreement will allow us to take the next research step toward creating blight resistant American chestnut trees,” said Scott Merkle, professor of forest biology and chestnut tree expert. “If things work out as we hope, there may be a future for this great tree in its native habitat.”

It is estimated by many experts that the American chestnut tree provided up to 50 percent of the tree cover along the Appalachian Mountain chain before an Asian blight disease was introduced early in the
20th century. The majestic tree, which can stand more than 100 feet tall, had all but vanished by the 1950s.

While small saplings still can be found in the southern Appalachian Mountains, the disease attacks and kills the tree before it can reach maturity, according to Merkle. This cooperative agreement will help forest biologists develop blight resistant chestnut trees that hopefully will be strong enough to be successfully reintroduced into the forests of the southern Appalachians in the near future.