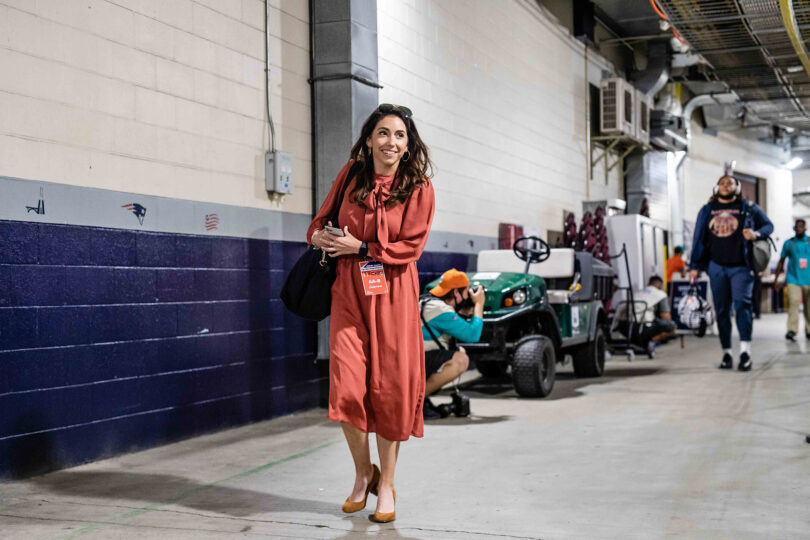 Anne Noland arrives at Gillette Stadium on September 12, 2021, for a game between the Dolphins and Patriots in Week 1 of the 2021 regular season. (Photo by Carlos Goldman)

Anne Noland works as senior director of football communications for the Miami Dolphins, but when she enters her workplace – Hard Rock Stadium in Miami Gardens, Florida  – on Dec. 31, it will be as a fan of the Georgia Bulldogs.

Noland graduated from the University of Georgia in 2015 with a degree from the Grady College of Journalism and Mass Communication and has already risen to the top of her field, becoming the third woman in the National Football League to lead a public relations department. 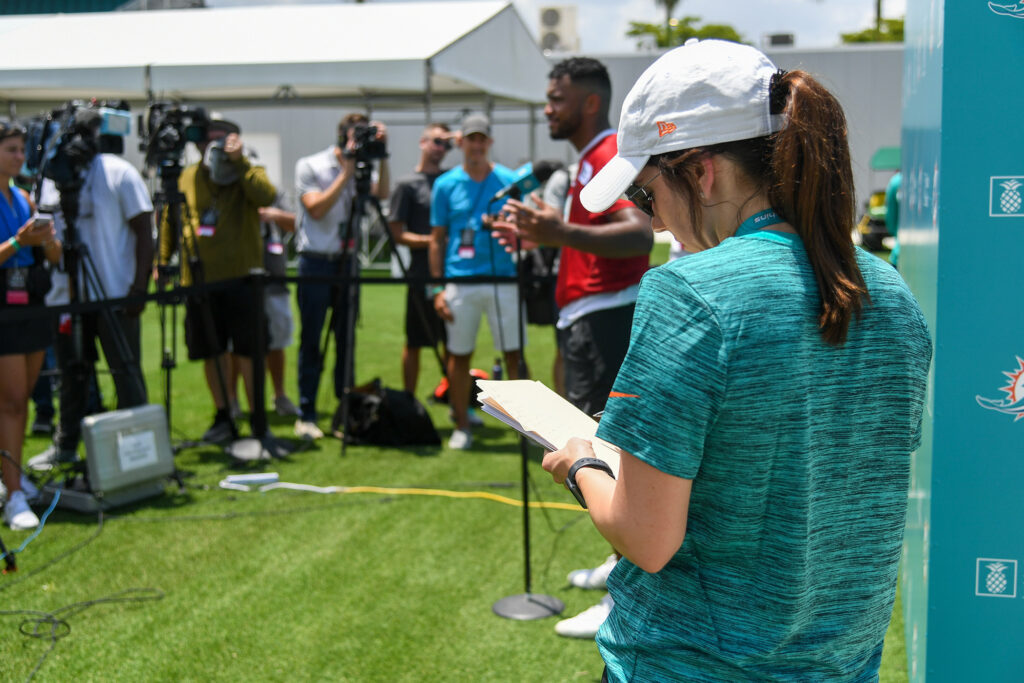 At Noland’s small private high school in Peachtree Corners, Georgia, students were required to be involved in sports or after school activities year-round, and since she didn’t have a fall sport (she ran track in the spring) her mother encouraged her to ask the football coach about helping with the team.

The coach said he needed someone to keep stats and Noland was in. “He handed me a pencil and pad and said to bring my own calculator,” she recalled. “There were computers available then, but that’s how we did it at the time. I crunched the numbers myself, then every Friday night I’d call the Atlanta Journal-Constitution and provide them with the final score and any other stats they wanted.” 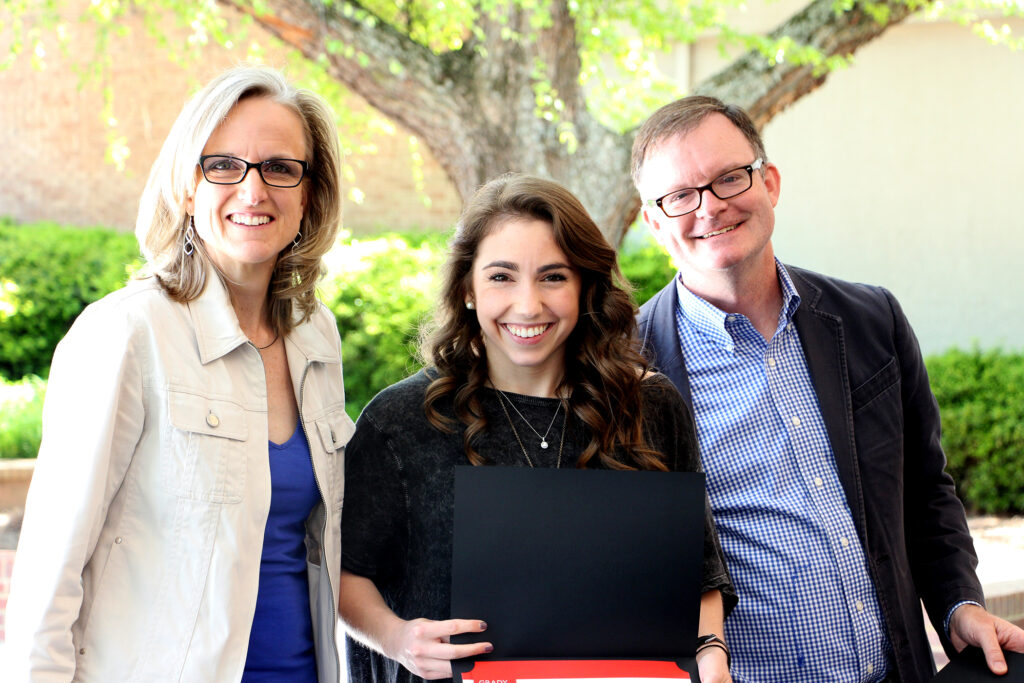 She already knew quite a bit about the game from watching the Bulldogs with her family and learning more about football’s intricacies and plays from her father, but in her position keeping stats, she really fell in love with the whole environment. “I was a ballet dancer and I dabbled in other sports,” she said, “but I was never really a team sports player and that was my first experience of it.”

During Noland’s junior year, her father died of cancer, and although she didn’t tell any of the players about it, the entire football team along with their families showed up at the funeral to support her. “That’s the moment I knew that, moving forward, I always wanted to be part of a team,” she said.

Since graduating from UGA, Noland’s job has overlapped a few times with her alma mater. Prior to her position with the Dolphins, Noland worked for the Patriots when the team included former UGA players Malcolm Mitchell, David Andrews, Isaiah Wynn and Sony Michel, among others.

“To work with them at the NFL level and win a Super Bowl with those guys was really cool,” she said.

In February 2019, while working for the Patriots during Superbowl LIII in Atlanta, students from Grady were in attendance and Noland got to talk to them about her job. 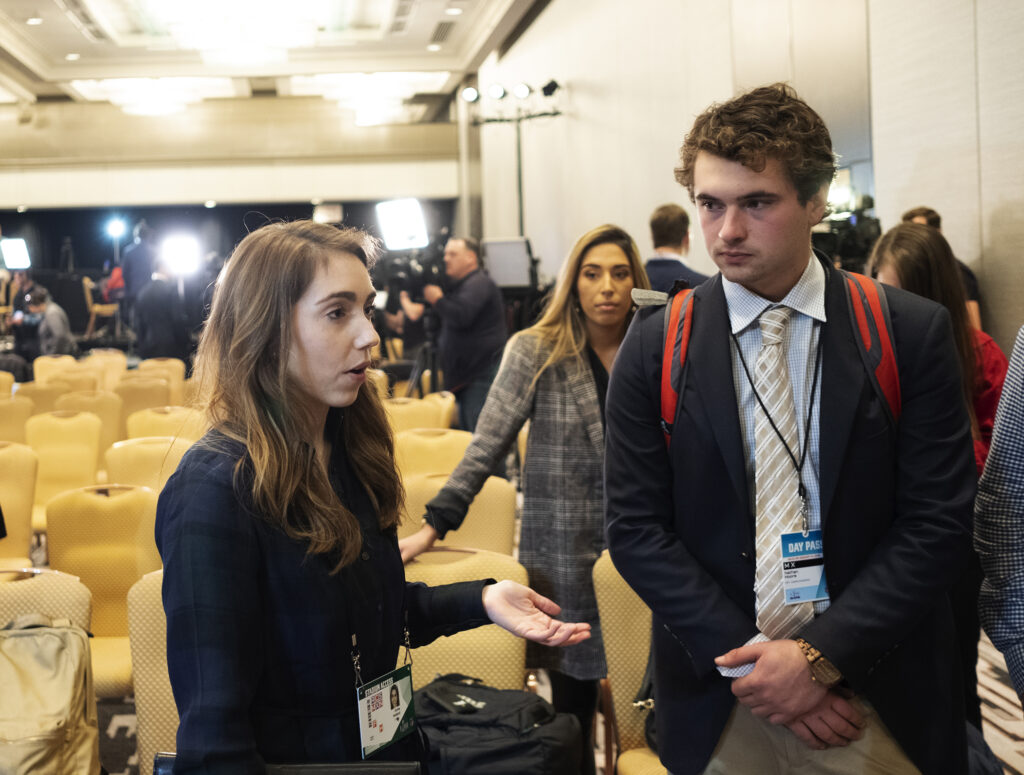 Anne Noland, then with the New England Patriots, spoke to UGA Sports Media students in advance of the 2018 Super Bowl in Atlanta. (Photo by Welch Suggs)

Despite still being fairly new to the world of professional football, Noland has already faced her share of challenges, including the effects of COVID-19 on professional sports and the changing news cycle, which has evolved into a 24-hour, non-stop cycle in recent years due to the evolution of social media, in particular.

“Before, when someone was going to break a story, they would call you first to let you know and get more context, etc. Now because of Twitter, one source can give someone information and they just go with it.”

But she loves her job and tries not to ever forget the excitement and awe she experienced in her early years working with the Dawgs and Grady at UGA.

“Earlier this season I received a Facebook memory from 10 years ago on that day. It was a photo of my first UGA football game credential from the press box. I remember how excited I was about that. And now that’s second nature,” she said. 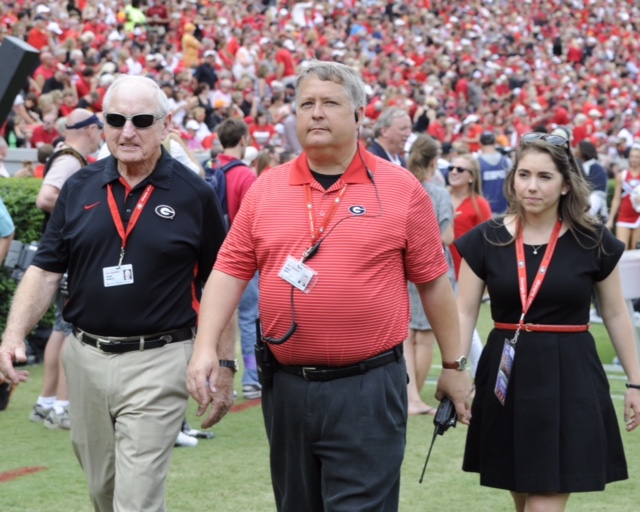 Noland chose UGA, in part, because it has elite athletic and academic programs, and she said she learned so much from so many but recalled Senior Associate Athletic Director of Sports Communications Claude Felton in particular. “He was pivotal to my life and career and taught me so much. The more I work in this business, the more amazed I am by how he treats everyone. He’s never too busy for anyone.”

“Athens and UGA are special places,” she added. “I think it’s a community of people who love the university and are proud to be there. When you have that kind of a shared pride it creates a very special environment.”