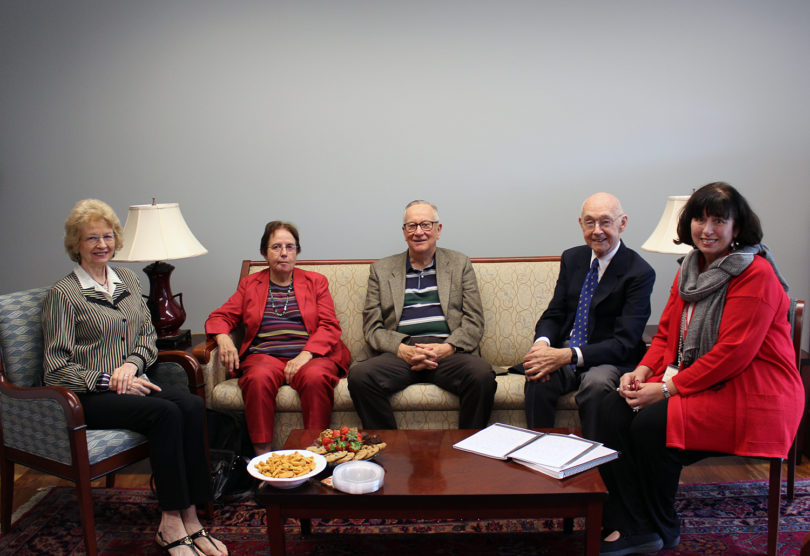 Athens, Ga. – Robert J. Bielen, a former Peace Corps staff physician in the Dominican Republic, is giving his collection of personal papers and memorabilia related to Peace Corps activities and the Dominican Crisis of 1965 to the University of Georgia Richard B. Russell Library for Political Research and Studies.

Bielen served in the Dominican Republic beginning in 1963. His time there included the revolution and U.S. military intervention of 1965. He has compiled a history of Peace Corps volunteers’ memories of that time. His papers document the island nation’s move toward representative government with the election of Juan Bosch in 1962, following the 31-year dictatorship of Rafael Trujillo. Bosch quickly alienated the military and others, was deposed in fall 1963 and exiled to Puerto Rico. Less than two years later, the civilian-military junta that had replaced Bosch was ousted from power by military-led insurgents who staged a rebellion in April and May 1965, in hopes of returning Bosch to the presidency. As hostilities broke out in San Domingo, Ambassador Tapley Bennett made a controversial call for the assistance of U.S. Marines. Having already lost Cuba to communism, the U.S. took military action against what President Lyndon Johnson deemed a popular revolt taken over by a “band of communist conspirators.”

The collection includes manuscripts, notes from interviews, scrapbooks, reports, photographs, slides, books, articles and clippings in English and Spanish related to the crisis as well as Peace Corps activities.

“Dr. Bielen’s collection is an excellent complement to the papers of Ambassador Bennett and Secretary of State Dean Rusk on this subject,” said Sheryl Vogt, director of the. Russell Library. “These additional papers and interviews on the crisis will be of significant use to researchers seeking insight into that period of U.S.-Dominican relations. We are very fortunate that Dr. Howard J. Wiarda, UGA political scientist and the Dean Rusk Professor of International Affairs, who was a Fulbright Scholar in the Dominican Republic at that time, helped persuade Dr. Bielen to place his papers here.”

Bielen is an orthopedic surgeon in Orange County, Calif. He and his wife Peggy recently came to Athens to present the collection to the Russell Library. Wiarda interviewed Bielen for the Russell Library’s oral history program during the visit. The interview included a conversation about their lives during the revolution-learning the local grocer was a CIA agent smuggling weapons in with the groceries and Bielen’s wife, who worked at the embassy, discovering ousted President Donald Reid Cabral was hiding upstairs.

“This is a rich collection,” said Howard J. Wiarda, former chair of UGA’s international affairs department. “Because Dr. Bielen and the Peace Corps volunteers in the Dominican Republic during the revolution saw and experienced a lot. When you add Dr. Bielen’s papers to those the Russell Library already has from Sen. Russell, Secretary of State Dean Rusk and Ambassador Tapley Bennett (all UGA grads), it makes UGA the place to come to study this pivotal event which contributed to escalation in Vietnam and ultimately to President Lyndon Johnson’s downfall.”

For more information on the Richard B. Russell Library for Political Research and Studies, see http://www.libs.uga.edu/russell/.