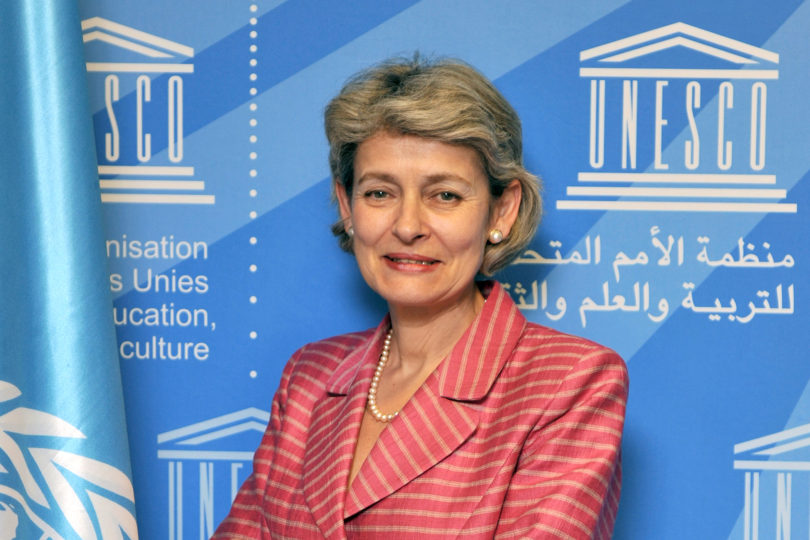 “Culture alone is not enough to build peace. But without culture, peace cannot be lasting.”

That’s the sentiment Irina Bokova, former director-general of UNESCO, left the audience with at the 2019 HGOR Endowed Lecture, held Oct. 1 at the Chapel.

Bokova spoke about why heritage matters and her experiences with preservation as the first woman to lead UNESCO as director-general from 2009-2017. She also served two terms in Bulgaria’s parliament as well as interim deputy minister for foreign affairs and as her country’s ambassador to France and Monaco.

“It is not about buildings,” she said. “It’s not about bricks and stones, but rather it is about human beings. It concerns all of us, and it matters to all of us.”

According to Bokova, protecting heritage is an American idea. Specifically, she pointed to Russell E. Train and his founding of the World Wildlife Fund as a way to protect the culture and heritage of natural settings.

One way of ensuring the preservation of important areas is declaring it a World Heritage Site, which is a landmark or area that is chosen by UNESCO as having cultural, historical, scientific or another form of significance, and is legally protected by international treaties. There are 1,121 World Heritage Sites from 167 countries across the globe. Some 24 are in the United States, including the Statue of Liberty, Yosemite National Park and the 20th-century architecture of Frank Lloyd Wright.

“I think it is justified to say that these sites are an open book of human history and of human diversity,” Bokova said.

“In times of conflict, particularly, the protection and preservation of heritage and culture is a key security imperative,” she said. “We have seen in many cases—and I could give you thousands of examples—where culture heals. When everything else is broken, culture can give hope and revive ideas and communities.”

According to Bokova, other challenges to preservation in addition to conflicts, wars and other deliberate destruction include uncontrolled urbanization; unsustainable tourism; lack of capacity, knowledge and financial resources; illicit trafficking of antiquities; illicit poaching and logging; and natural disasters like earthquakes and inundations.

“Heritage is as much about the past as it is about the future,” Bokova said. “It embraces the diversity of humanity.”

Part of the yearlong observance of the College of Environment and Design’s 50th anniversary, the lecture is funded by the Atlanta design firm HGOR. It also is supported by the Office of Academic Programs, the School of Public and International Affairs, the Willson Center for Humanities and Arts and the School of Law. The lecture was part of the university’s Signature Lecture Series.