The University of Georgia will bestow one of its highest honors to Thomas P. Lauth, the founding dean of the School of Public and International Affairs, during Founders Day activities on Jan. 15. 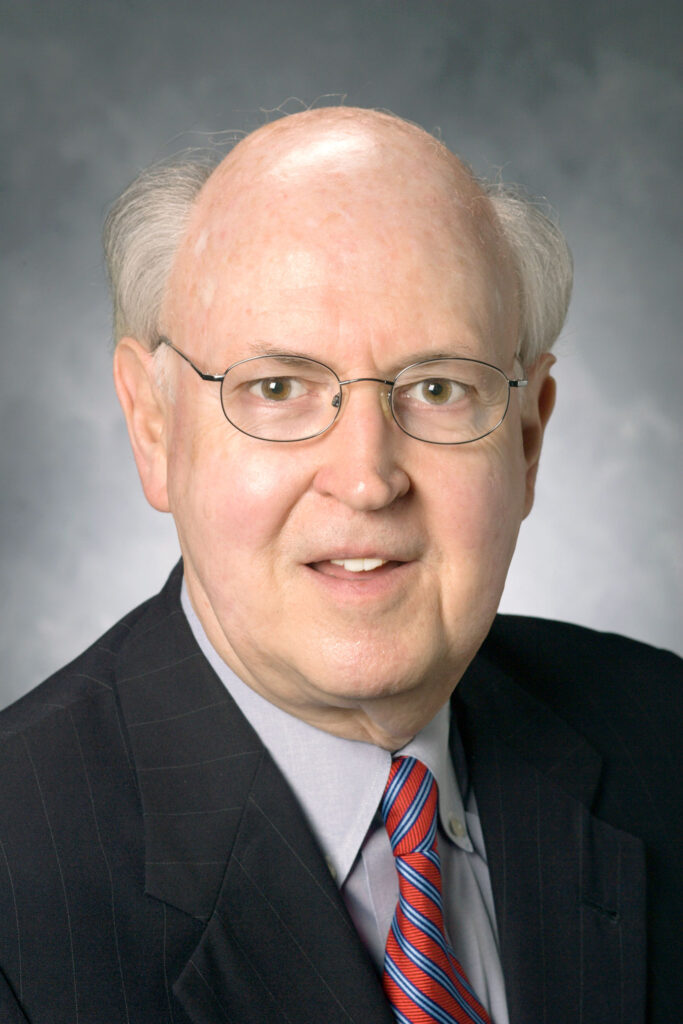 “Dr. Lauth provided wise counsel to me and to many others at the institutional level and helped build the reputation of the School of Public and International Affairs at UGA. He guided a new school exceptionally well and provided many years of outstanding service as a dean and faculty member,” said President Jere W. Morehead. “I look forward to honoring him for his service to UGA, the Athens community and our state and nation.”

A professor emeritus of public administration and policy, Lauth retired from UGA in 2013. He was a faculty member at UGA from 1981 to 2013, serving as head of the department of political science from 1988 to 2001 before becoming dean.

An outstanding scholar and educator, Lauth taught courses, delivered lectures and presented papers in China, Korea, Taiwan and Ukraine. He is the author or co-author of more than 50 peer reviewed journal articles and invited book chapters. During his years as an active faculty member, he directed 30 Ph.D. dissertations. In 2010, he delivered the 100th anniversary graduate Commencement Address at UGA.

Lauth is an elected Fellow of the National Academy of Public Administration and the recipient of a lifetime scholarly achievement award from the Association for Budgeting and Financial Management. He was elected president of the National Association of Schools of Public Affairs and Administration and was appointed to the U.S. Comptroller General’s Educators’ Advisory Panel, advising the comptroller general on the top fiscal challenges facing the nation.

Since his retirement, Lauth has continued to contribute to the academic culture of UGA as an Emeriti Scholar. He also served as president of the UGA Retirees Association and as UGA’s representative to the University System of Georgia Retiree Council.

He earned his bachelor’s degree in government from the University of Notre Dame and his doctorate in political science from the Maxwell School of Citizenship and Public Affairs at Syracuse University.

The President’s Medal ceremony is part of Founders Week, when UGA observes its anniversary as the birthplace of public higher education in America.

The Founders Day Lecture will be held Jan. 15 at 1:30 p.m. in the Chapel. William Eiland, director of the Georgia Museum of Art, will speak on “Colonization and Its Discontents.”

The Founders Day Lecture is traditionally held on or near the date the university was established: Jan. 27. On this day in 1785, the Georgia General Assembly adopted a charter establishing the University of Georgia as the first institution of public higher education in America.

The lecture is sponsored by the Office of the President, the Alumni Association and the Emeriti Scholars, a group of retired faculty members known for their teaching abilities who continue to enhance the university’s academic endeavors through part-time teaching, research and service
assignments.