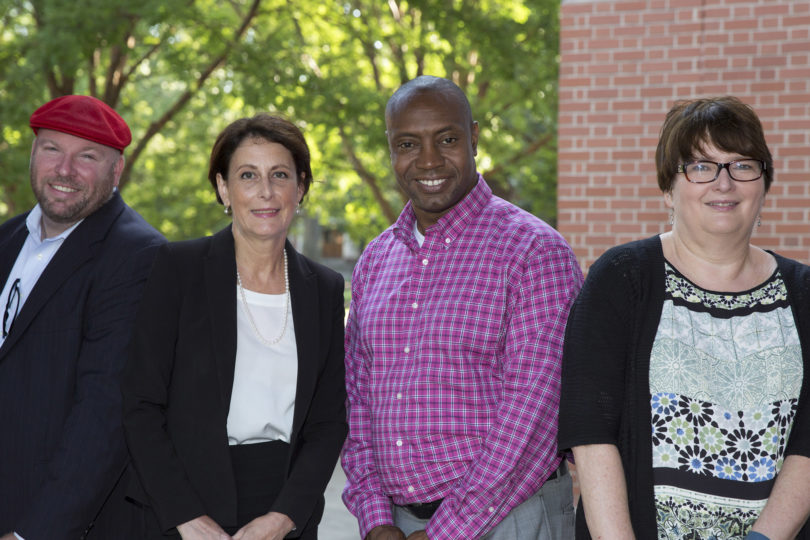 The fellowship program, which was created by the Southeastern Conference in 2008, includes training, mentoring and networking to advance academic leaders. Participants will engage with senior administrators at UGA and attend two SEC-wide workshops with representatives from throughout the conference.

“This program allows the SEC ALDP Fellows to engage in frank conversations with senior administrators about the variety of issues they face as academic leaders,” said Meg Amstutz, associate provost for academic programs and UGA’s SEC ALDP liaison. “Through the two workshops, participants are able to network with colleagues across the SEC and discuss the ways in which their campus leaders respond to challenges that arise.”

Garvin, a professor of art and design, is the director of the Lamar Dodd School of Art in the Franklin College of Arts and Sciences. He joined UGA’s faculty in 2014 after serving as dean of the College of Media and Communication at the University of the Arts in Philadelphia.

Garvin, who participated in Harvard Business School’s Creative Leaders Program, focuses his research on the intersection of design and business.

Hume, head of the journalism department and holder of the Carter Chair in Journalism Excellence in the Grady College of Journalism and Mass Communication, was a 2013 Fellow in the Scripps Howard Leadership Academy. Her research focuses on the history of American journalism, particularly as it relates to public memory and the social construction of death.

Pagnattaro, the associate dean for research and graduate programs and the I.W. Cousins Professor of Business Ethics in the Terry College of Business, has received numerous teaching awards, including being named a Josiah Meigs Distinguished Teaching Professor. She serves as the college’s director of international programs, is the former editor in chief of the American Business Law Journal and currently serves on the executive committee of the Academy of Legal Studies in Business. Her scholarship focuses on legal and ethical issues affecting workers in the context of international trade and in the protection of trade secrets in China.

Shepherd, director of the atmospheric sciences program and the Georgia Athletic Association Distinguished Professor of Atmospheric Sciences and Geography in the Franklin College, is a leading international expert in weather and climate.

A former president of the American Meteorological Society, Shepherd is host of The Weather Channel’s Sunday talk show Weather Geeks and a contributor to Forbes magazine.

Since its inception in 2008, the SEC ALDP has graduated more than 325 faculty and academic administrators. The SEC Academic Leadership Development Program is part of SECU, the academic initiative of the SEC. SECU serves as the primary mechanism through which the collaborative academic endeavors and achievements of SEC universities are promoted and advanced.

The application deadline for next year’s SEC Academic Leadership Development Program is April 7.