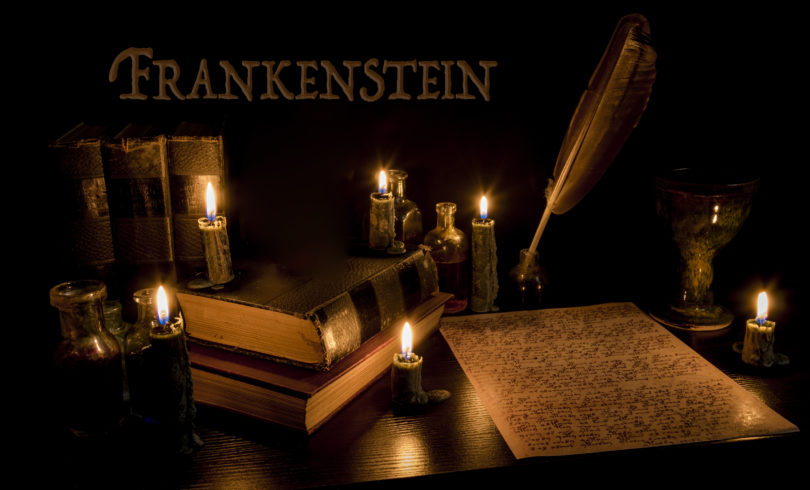 The enduring impact of a novel that transcends time

Two hundred years ago, an 18-year-old girl wrote a book that many consider the greatest horror novel ever written. That young woman was Mary Shelley, and the book is “Frankenstein.”

University of Georgia associate professor Roxanne Eberle specializes in Romantic literature and teaches “Frankenstein” almost every year. On Oct. 31, UGA will take part in Frankenreads, an international celebration of the 200th anniversary of the book with events happening across the globe. A reading of “Frankenstein” will take place from 8 a.m. to 6 p.m. in the Main Library on UGA’s campus. Eberle shared some of her insights about this powerful, enduring novel.

What inspired Shelley to write “Frankenstein”?

It was generated out of all of this reading she was doing at the time and also born out of novels by her mother. Science was making big strides during the Romantic period, and Shelley was watching and observing scientific experiments with electricity and ether. 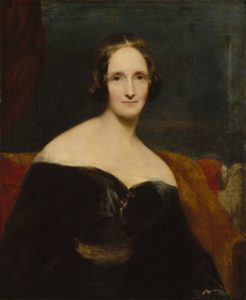 Also, Shelley’s first child (that she had with Percy Bysshe Shelley) died, probably from what we now would call Sudden Infant Death Syndrome or SIDS. She was grieving for that child and also pregnant with her next child the entire time she was conceiving and writing “Frankenstein.” The book is about mourning her dead baby, in a way. Her grief at trying to awaken the child.

What’s the significance of Frankenstein in the horror genre?

The general consensus is that it’s the first author-created myth. So if you think about super heroes or monsters – such as vampires and werewolves – they have roots historically in folklore. Mary Shelley wrote “Frankenstein” at a time when those folklore narratives were entering larger popular culture considerations. What’s different about Shelley’s monster – I prefer to call him a creature – is that he’s manmade. A lot of people believe it kicks off this new genre of science fiction. It is horror, but it draws on gothic conventions.

What was England like during the period when Shelley wrote “Frankenstein”?

It was a really important moment in establishing cultural myths because it was, in a way, the birth of pop culture. Books were becoming cheaper to publish and distribute widely so more people were reading them. Women dominated the publishing marketplace in this era.

They were the primary producers of fiction. Shelley’s novels were published alongside Jane Austen.

It was also a very politically fraught and violent moment in time. The Napoleonic Wars had just ended. Colonization was cranking up and there were all of these fears about the “other.” Critics have read the novel as responding to those crises in Great Britain.

How was “Frankenstein” received when it was first published in 1818?

It was a huge sensation. It was first published anonymously because Mary Shelley was so young and her name was associated with some scandal, but with its success, she revealed herself as its author and her name appeared on the French edition in 1821 and the second English edition in 1823. It was first adapted in 1823, and Mary Shelley attended the first stage performance. 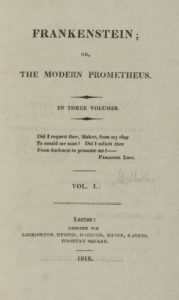 Why do you think it is such an enduring tale?

I think because it’s about our very deepest fears. Either we are monsters or maker of monsters. The creature is a very blank slate that your passions, terrors and fears can be written upon.

It’s also about technology out of control of the maker. A lot of science fiction explores this fear. We make something using our technology and it either becomes smarter than we are or we lose control of it.

A lot of critics also argue it’s about motherhood and childbirth. Victor Frankenstein tries to make a baby without a woman, and because he tries to be both mother and father he fails.

The novel is essentially about who we are and how we are shaped by the world around us. It’s really a book about ideas and identity.

What is the scariest part of the novel?

I think it’s when Victor Frankenstein learns that his little brother has been killed. On his way home to Geneva, he sees the creature –for the very first time. He’s outlined by a bolt of lightning. In this moment, he starts to realize what he’s done and finally starts to feel some start of remorse and responsibility.

Halloween on-campus event: The Colloquium in Eighteenth- and Nineteenth-Century Literary is sponsoring a nearly complete reading of the novel on Oct. 31 in collaboration with the Main Library, The Willson Center for Humanities and Arts, the Theatre and Film Studies Department and the Undergraduate English Association. The final part of the novel will be read at Cine in costume before a free screening of “The Bride of Frankenstein.”